RAFAEL Nadal's wife Mery Perello has treated fans to a glimpse of her breathtaking wedding gown as it was revealed she wore TWO dresses on their big day.

Mery, 31, wore a stunning long-sleeved gown by Spanish designer Rosa Clara as she tied the knot with her tennis champ husband, 33, in Mallorca on Saturday. 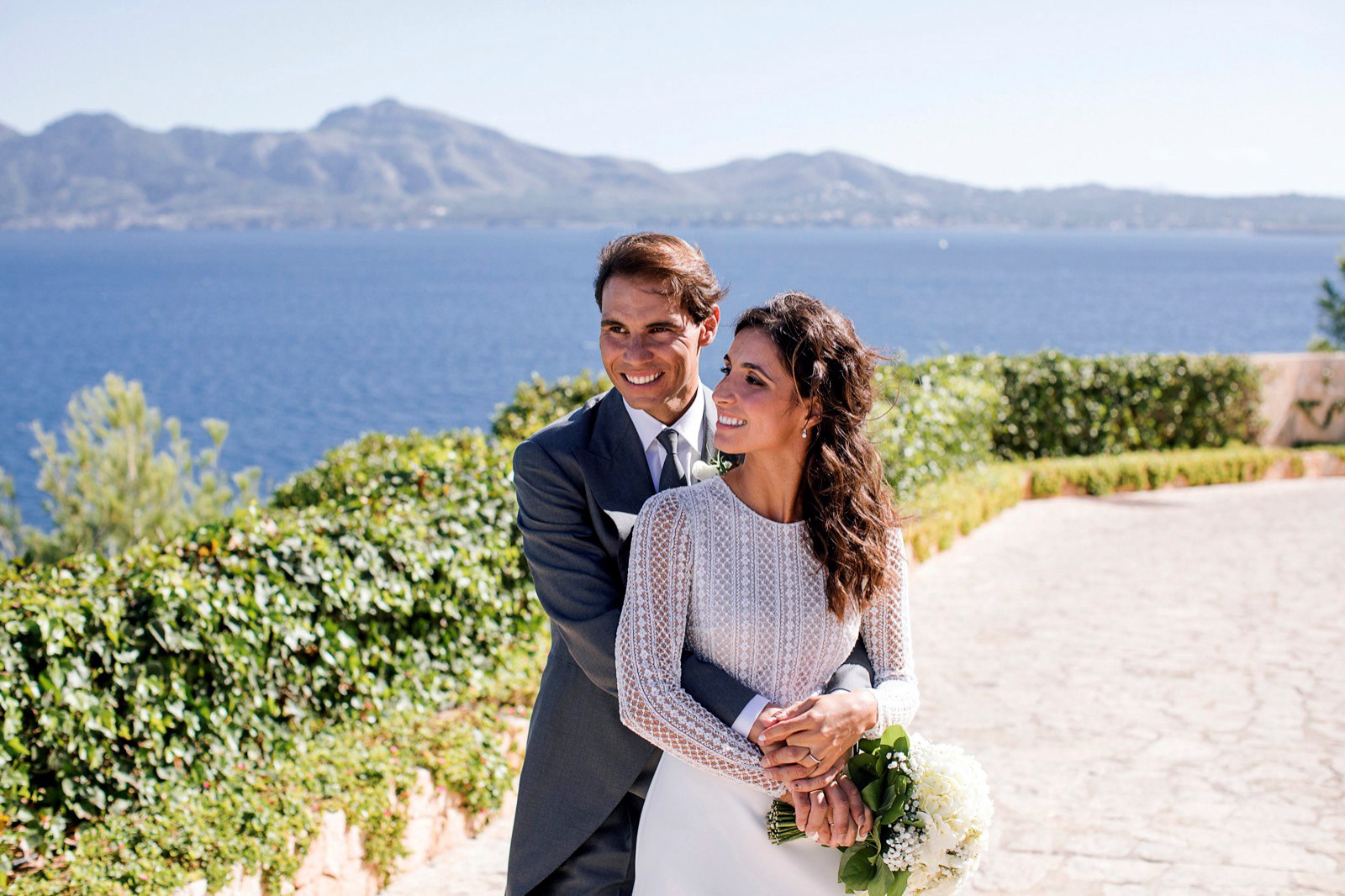 Sharing photos from their special day on social media, the first image shows a full length of Mery's dress and train while the second sees the newlyweds embracing outside of the stunning Spanish fort La Fortaleza – which was built in 1540 and is Spain's most expensive property.

Revealing how involved Mery was in creating her dream dress, the designer Rosa Clara wrote on her blog that the bride was inspired by the Art Deco era – but also wanted something slinkier to change into for the evening reception. 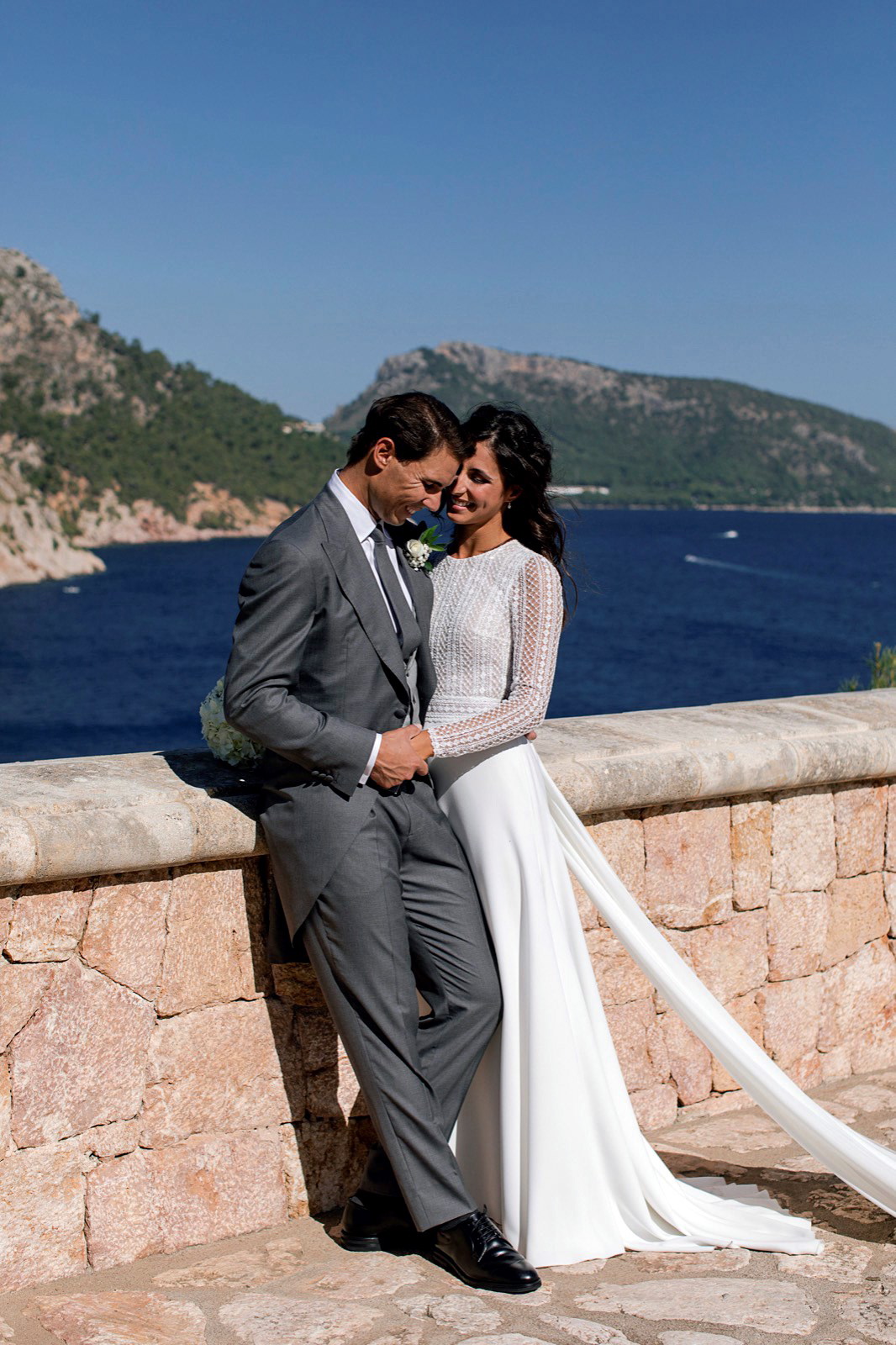 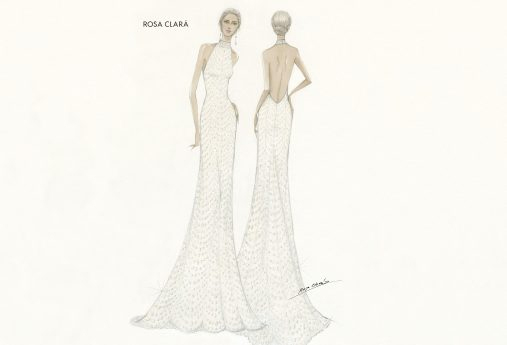 However, the bride has yet to share official photos of her second gown – instead allowing Rosa to show fans her illustration of the design.

The bride styled her hair in a chic half-up, half-down style and chose a cream bouquet to compliment her dress.

The couple – who have been together for 14 years – married in front of 350 guests including retired tennis player Carlos Moya.

Their exclusive venue was even where the 2016 BBC spy thriller The Night Manager was filmed. 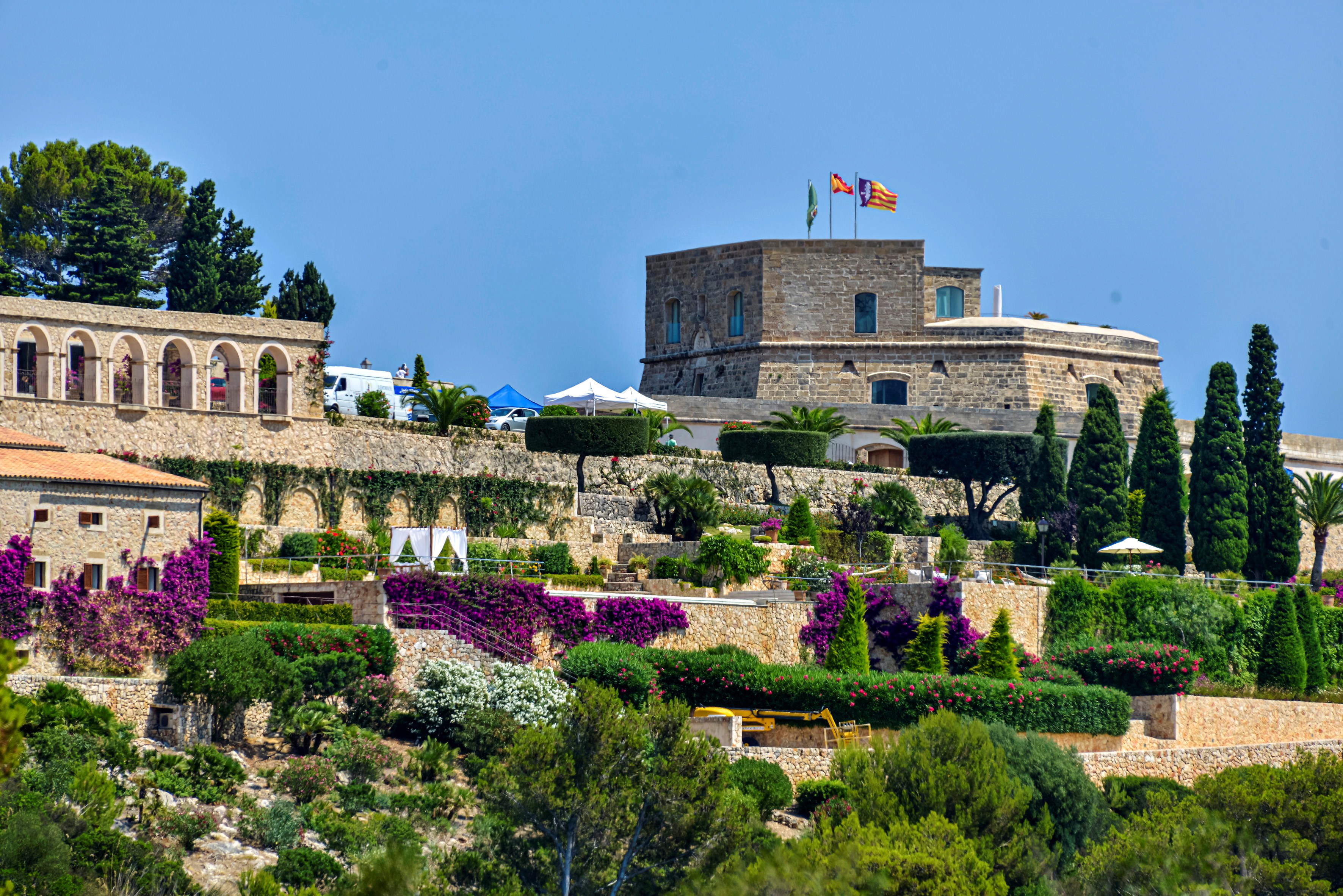 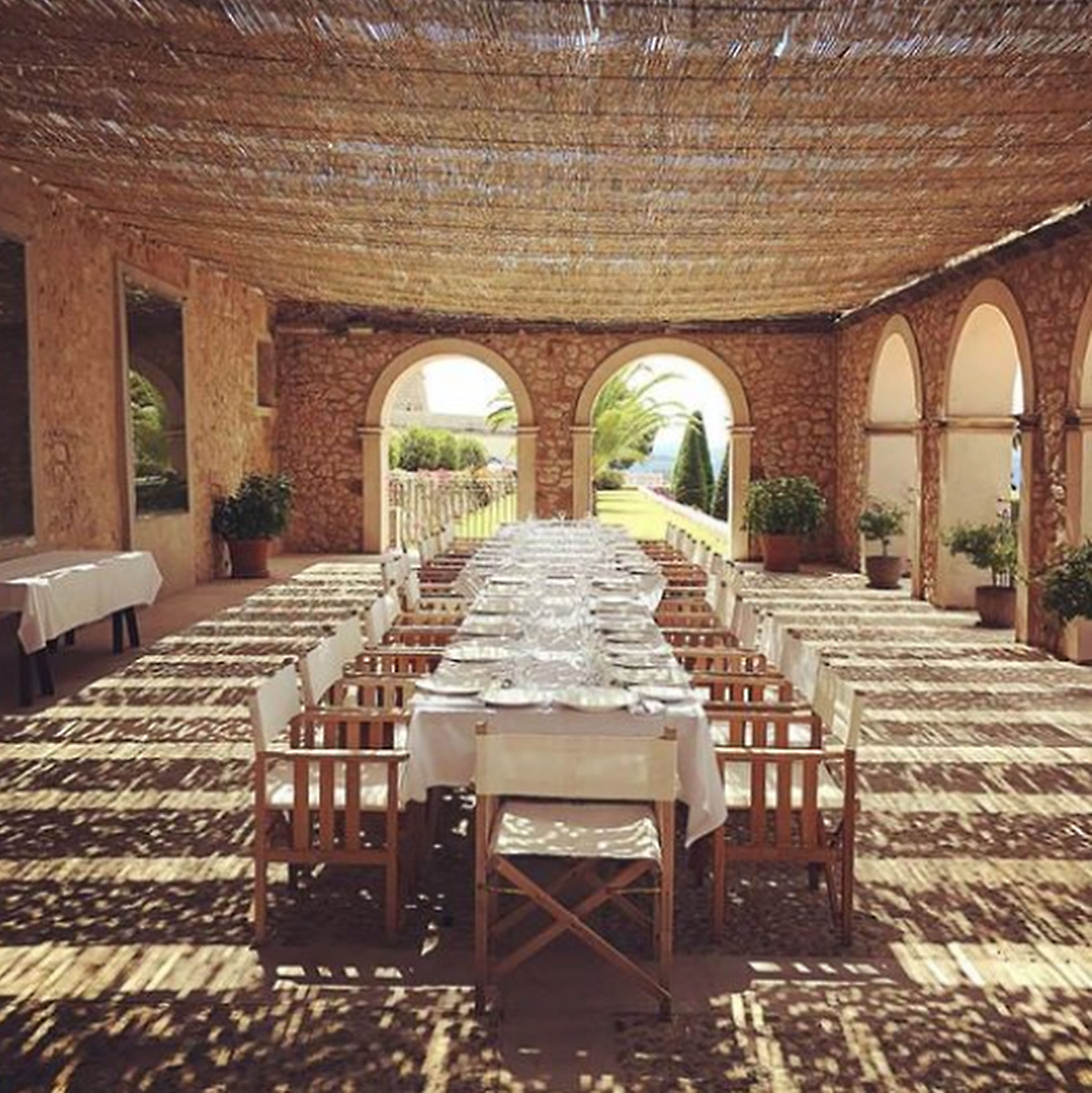 On her website, Mery's designer wrote: "I feel very fortunate to have met Mery and to have designed the wedding dress she had always dreamed of.

"Being part of this moment is thrilling and a little scary — the responsibility that comes with a wedding like this that receives so much international attention is enormous." 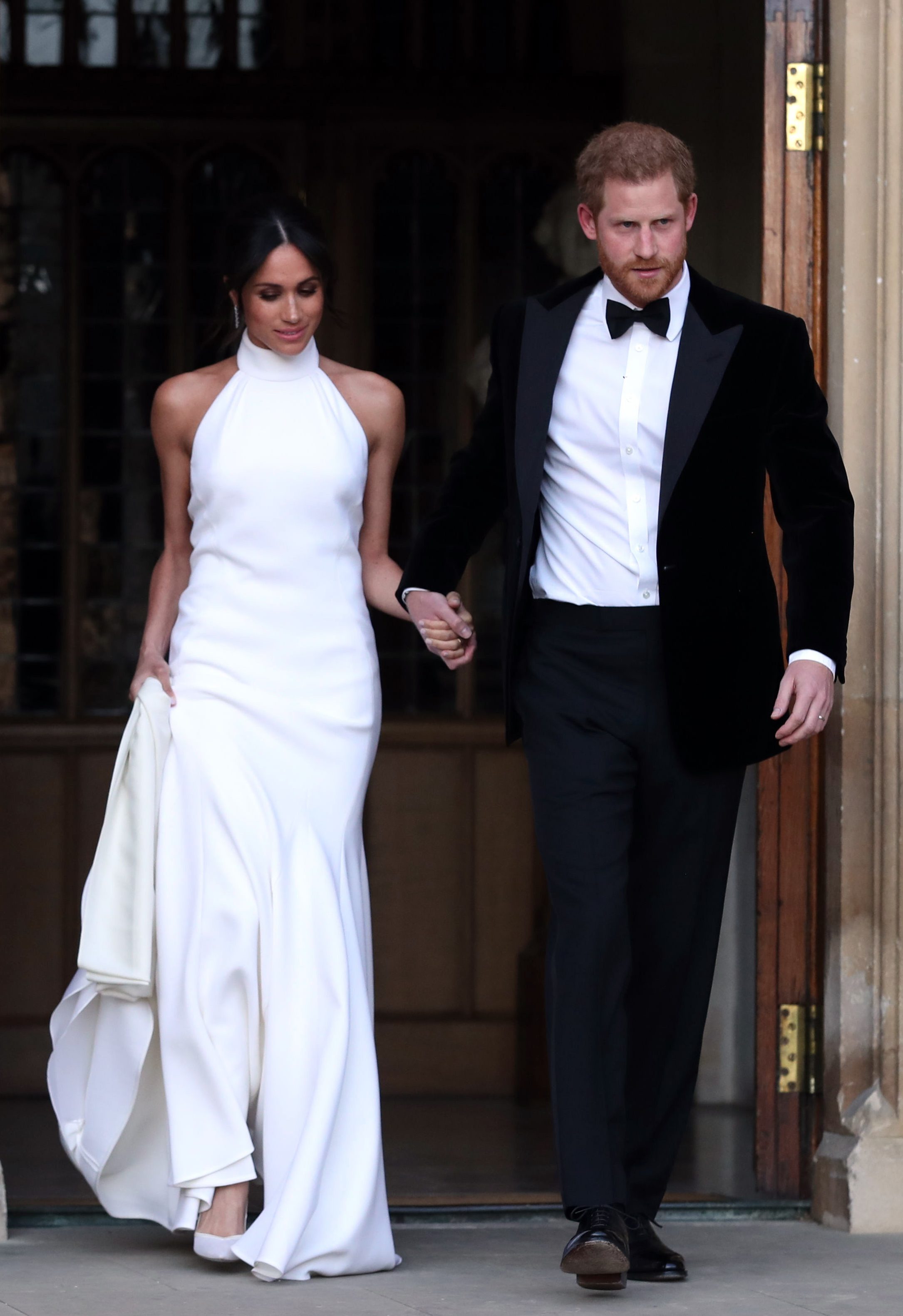 In more celebrity news, Meghan Markle has revealed her secret nickname for Prince Harry and royal fans think it's so "cute".

And Princess Diana’s death could have broken Prince William but instead, it made him strong and compassionate.