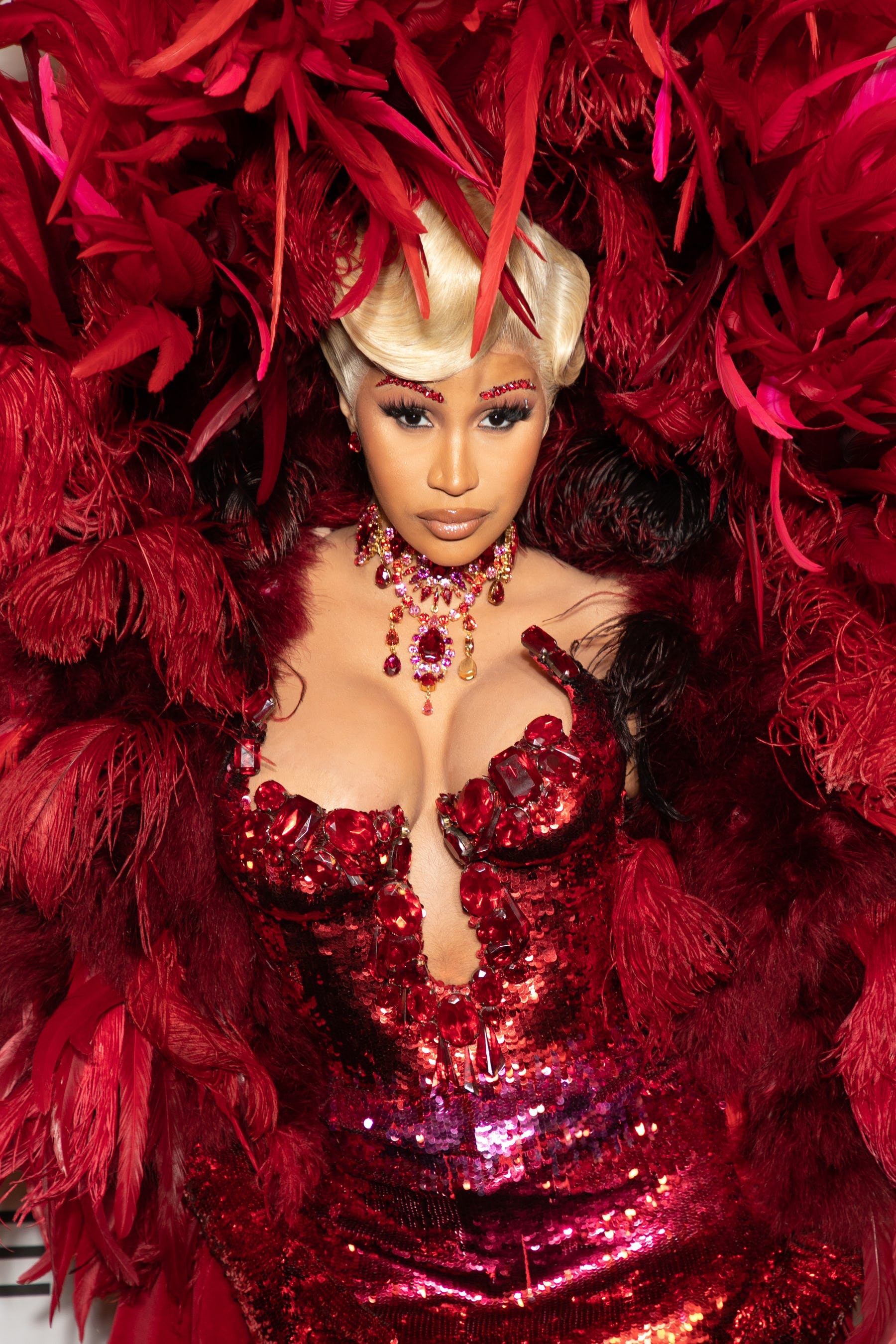 At a certain point over the past year, a certain milieu of stylish celebrities seems to have decided it was time to do some research. After a year or two of the Kardashian-Jenners and Bella Hadid skimming the surface of ‘90s-era Jean Paul Gaultier, 2021 saw the archives fully open up. The throwbacks weren’t limited to Gaultier, either. Stylists like Law Roach and Kollin Carter have mined so much gold from decades past, it’s starting to feel like a competition. Patrick Kelly and Todd Oldham even got some all-too-rare love, courtesy of Tracee Ellis Ross and Alexandra Shipp. See those looks and more of the year’s very best, including 1950s-era Christian Dior and Tom Ford-era Gucci.

Heads up: You’re about to see a whole lot of Zendaya, who teamed up with her longtime stylist Law Roach to deliver throwback after throwback all year long. In December, the duo revealed that they’d saved the best for last when Zendaya simply did a 180 on the red carpet, unveiling her fall 2000 Roberto Cavalli gown’s metal spine. As the singer-slash-actor later confirmed on Instagram, the look served as a nod to the Spider-Man villain Doctor Octopus. Who says nerds can’t be chic?

Dua Lipa has been on a nonstop roll since discovering the stylist Lorenzo Posocco. (Remember when she turned her Saturday Night Live appearance into a masterclass on ‘90s-era Alaïa?) She fully stole the show in the late Pop Smoke’s “Demeanor” music video, wearing a corset that first surfaced at Jean Paul Gaultier’s spring 1998 couture showing.

Rihanna could have paired her terry cloth Maisie Wilen ensemble with a tweed coat from Chanel’s fall 1996 collection and left it at that. Instead, she topped it all off with a choker that dates back to the John Galliano era of Dior.

Ariana Grande took her 13 Going on 30 fandom to another level by resurrecting the spring 2003 Versace dress that Jennifer Garner memorably wore for her character Jenna’s “Thriller” performance. Here’s hoping Grande’s stylist, Mimi Cuttrell, got a raise: Tracking it down took no less than six months.

Presenting: an actual instance of “understanding the assignment” (fashion’s most overused word of the year). Cardi B offered living proof that Thierry Mugler was just as much a showman as a designer in his eponymous label’s heyday when she showed up to his retrospective in Paris wearing this showstopper.

Now here’s a real piece of fashion history: Before it found its way to Law Roach’s archives, the silky Yves Saint Laurent ensemble that Zendaya wore to the Essence Black Women in Hollywood Awards in April once belonged to Eunice Johnson, the trailblazing creator of the Ebony Fashion Fair.

Halsey went full-on Goth for their first red carpet appearance as a mom at the premiere of their film If I Can’t Have Love, I Want Power in August. As if the spring 1998 Dolce & Gabbana look weren’t dramatic enough, she eventually removed her veil to reveal blood-red lips and fake gold tears.

Twenty-twenty-one saw up-and-comer Alexandra Shipp establish herself as one to watch not only on-screen, but also on the red carpet. Early ‘90s-era Todd Oldham is hard to come by, and Shipp proved it’s worth the hunt.

Olivia Rodrigo respected her elders when she dropped by the White House to promote the Covid-19 vaccine in July by harkening back to Chanel spring 1995—a season that’s eight whole years her senior.

Hailee Steinfeld surprising joined the vintage-wearing fray when she headed to a wedding in a form-fitting jersey dress and statement belt from Tom Ford’s beloved era at Gucci.

Bless Tracee Ellis Ross for shining a light on the criminally overlooked legacy of the late Patrick Kelly. “Patrick would be looking down right now screaming in joy to see this,” Cherie Balch, the vintage enthusiast behind Shrimpton Couture, wrote on Instagram.

In a turn of events no one saw coming, the prize for walking fashion encyclopedia goes to Sofia Carson. The former Disney star threw it back—and back, and back—to the eternally elegant 1950s era of Christian Dior.