IT was too much to handle for this thrill-seeking tourist who was paragliding across Brazil's Rio de Janeiro.

Tamiris, a passenger who was accompanied by a paragliding instructor, couldn't hack the height or site and ended up throwing up in the air. 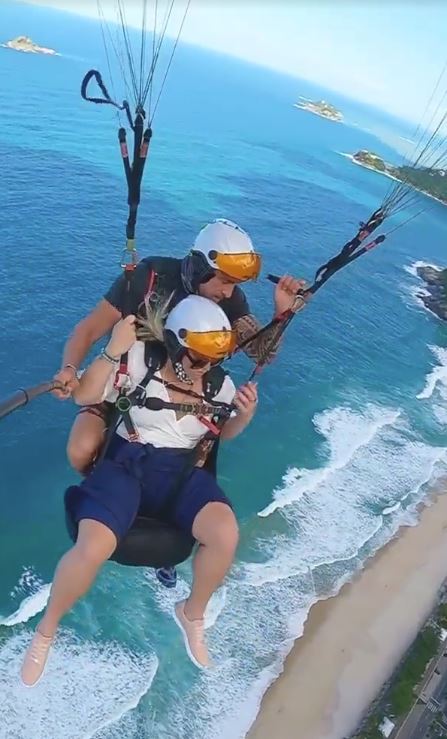 The footage shows her stomach churning as she is taken across the blue skies with her paragliding instructor Joe Voador.

The video starts with Tamiris, who is a passenger flying across São Conrado Beach, taking in the incredible views as Joe films them with his selfie stick.

But suddenly, the passenger begins to feel queasy and moves her head to the side before throwing up.

Joe and Tamiris, who spent some 48 minutes flying rather than the average eight, have pinned her sickness on the lengthy flight. 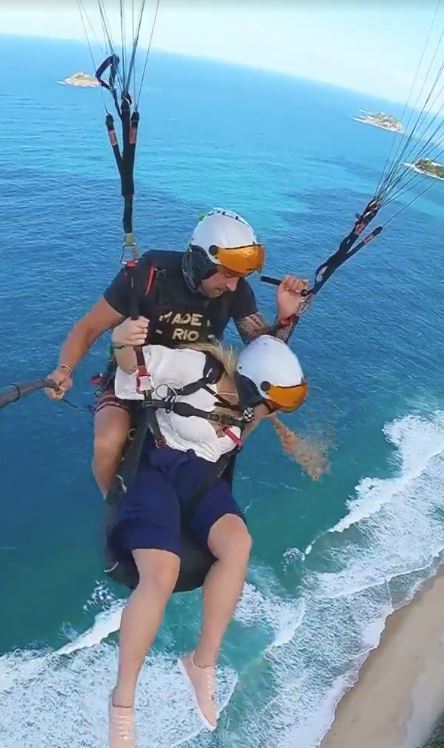 Joe said: "I am a Paragliding instructor here in Rio de Janeiro. People call me to go flying and I include photos and videos of the flight in my package.

"The usual flight time is eight minutes but on this occasion we flew for 48 minutes total after which my passenger threw up.

"It wasn't a great feeling. I felt sick too. I was worried she didn't like the flight but she told me she did. She just flew too many times.

"When I got home and watched the video back I thought it was funny. My face and the situation. It's very funny. 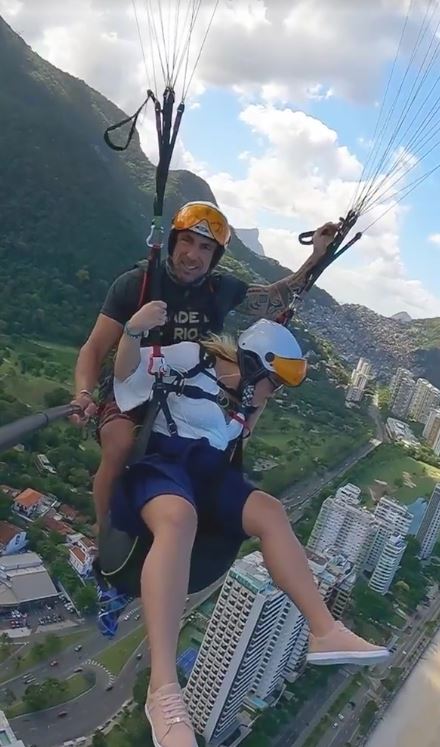 "I called Tamris to see if I could put the video on my Instagram and she agreed. It's very fun.

"I want people to view paragliding in a different way, it's not a dangerous sport. It's normal to feel sick or throw up if you fly many times.

"Most of the time there is no problem, people will fly for 10-12 minutes, have an amazing experience and land with no issue."

Did you ever read the article on thrill-seekers spend £350 a night to dangle 200ft off sea cliff overnight?