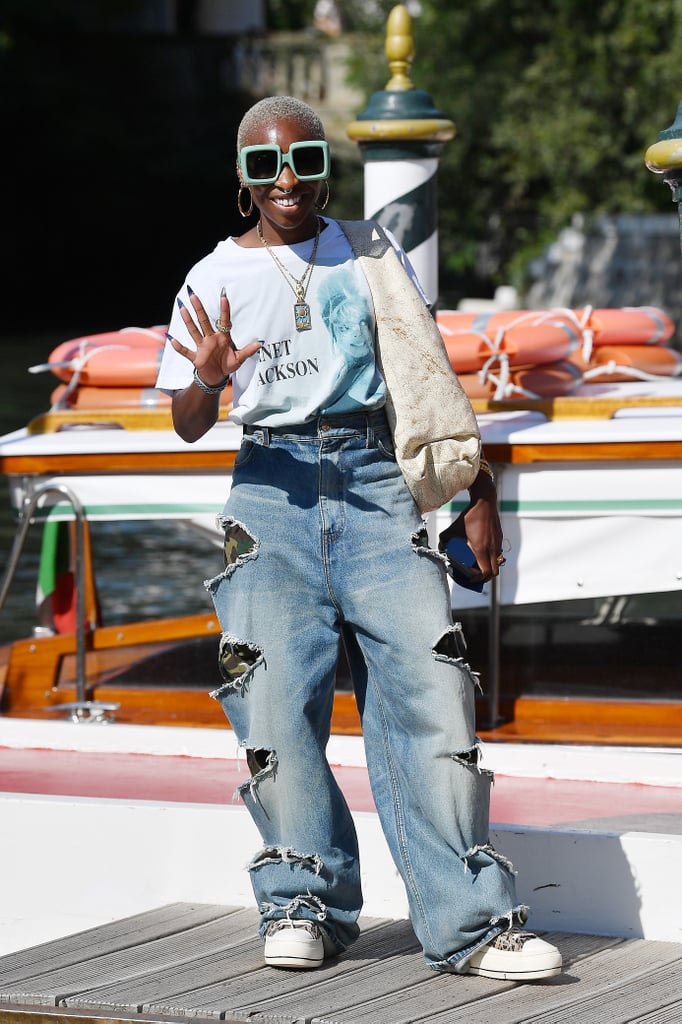 It’s only the start of September, but celebrity style has already taken a more glamorous direction than swimsuits and cover-ups. Not to knock beachy looks, but with the return of red carpets in Venice, the GQ Men of the Year Awards, and a couple of movie premieres, too, the fall is about to get a little more Fashion. The proof is in looks from the likes of Gabrielle Union in a Valentino gown that’ll land your jaw on the floor or Beanie Feldstein, who showed up to the premiere of Impeachment: American Crime Story channeling Old Hollywood vibes in a Brandon Maxwell dress. But, don’t underestimate the great fashion in more casual moments, too. Cynthia Erivo’s take on denim is a standout in its own right, as is Bella Hadid’s street-styled skirt moment. Here, take a closer look at the best celebrity style of the week, as we welcome a whole new season.