Home » Why Is Fashion Talking About Regenerative Farming?

Why Is Fashion Talking About Regenerative Farming?

Fashion, like politics, loves a buzzword — especially when it comes to the environment. Sustainability! Circularity! They just tripped off the tongue. And now there’s a new favorite in town: regenerative.

In January, the luxury group Kering, owner of Gucci and Saint Laurent (among other brands), was a co-founder of the Regenerative Fund for Nature, aimed at converting one million hectares (2.47 million acres) of land producing raw materials for fashion from regular farmland to regenerative agriculture in five years.

In February, the New Zealand Merino Company announced that it has joined with Allbirds, Icebreaker and Smartwool to create the first platform dedicated to regenerative wool.

The North Face and Patagonia now tout clothing made of regenerative cotton. And Secteur 6, a new Indian-American brand that uses only regenerative-grown materials like rose-petal silk, is teaming up with the streetwear brand Freak City L.A. to produce a capsule collection that includes regenerative cotton graffiti T-shirts that read: “Regenerate or Die.”

But what in the world does that even mean? 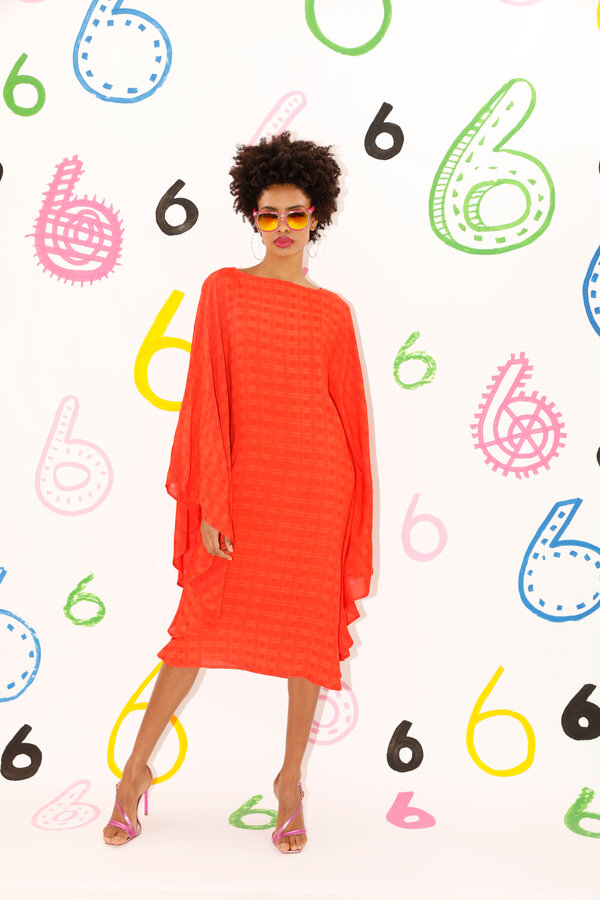 Start at the beginning: What is regenerative farming?

It’s like yoga, but for farmland. Advocates describe it as a holistic approach, working with nature, rather than trying to control it. That means foregoing various industrial agriculture practices, which could include pesticides, store-bought fertilizers, tilling or neat little rows of a single crop. Also, no weed-pulling.

Regenerative farmers love “cover crops,” weedy-looking plants like clover and hairy vetch — hairy vetch! — that help limit the real weeds and are eventually mowed and left to rot as mulch. (Ripping out cover crops or weeds by their roots disturbs micro-organisms under the surface, and the roots serve as food for the soil, anyway.)

The idea is to mix different types of plants in the same field, allowing the nourishing cover crops to spread wildly, co-mingling with, say, corn or cotton. It looks messy, but chickens, sheep and cattle get to graze on the edibles, and in return they fertilize the fields with their droppings. Bingo: healthy soil.

Wait, I thought organic farming was supposed to be the best kind of farming. What’s the difference?

Organic is about “what you are not spraying,” said Rebecca Burgess, the director of Fibershed, a nonprofit in California that supports the regenerative farming movement. You can be an organic farmer and not be regenerative — you can skip the animals, skip the cover crops, and instead haul in compost each season.

And you can be regenerative and not be organic. Bambi Semroc, the acting head for sustainable lands and waters at Conversation International, said that “organic is one way of doing this, but there are others, too,” like reducing the use of agrochemicals. Sometimes, she said, “there aren’t great alternatives.”

So what does this have to do with fashion?

As James Carville might say: It’s the origin materials, stupid. T-shirts and jeans are made of cotton grown in a field. Sweaters from wool sheared from sheep grazing on a field. Handbags crafted from the hides of cows raised on a farm. But what sort of farm?

Industrial farming is a big contributor to climate change. Nitrogen fertilizers, which conventional farmers spread liberally on their fields, “put out significant greenhouse gasses,” such as carbon dioxide, Ms. Burgess said. To reach the goals set by the Paris Climate agreement — most notably that of net zero carbon emissions by 2050 — farming must stop such pollution and reduce the carbon already in the air.

The most effective approach is a process we all learned in elementary school: photosynthesis. Cover crops naturally capture, or “sequester,” the carbon in our atmosphere and store it, via their roots, in the earth. The carbon feeds the soil, as well as helps it retain water; in turn, plants grow better, and there is less soil erosion and drought (though scientists are still unsure about exactly how much carbon can be stored in the soil).

Fashion is extremely late to the carbon sequestering party — the food industry was way ahead — but with multiple brands publicly promising to become carbon neutral, it is now firmly committed. Better late than never.

OK, I understand why brands might want the bragging rights, but what’s in it for the farmers?

It’s true that transitioning from conventional to regenerative farming is expensive and time-consuming. Some brands, like Patagonia, prefer farmers to go organic first. Land is eligible for organic certification from a variety of official bodies three years after the last application of a prohibited material like chemical fertilizers and pesticides. Then the farmers can construct their new, regenerative system.

The other crops they grow along with their main crop — perhaps pigeon peas, marigolds or turmeric — can provide an additional income source, but brands have realized it may not be enough incentive. That is partly why Kering established the Regenerative Fund for Nature, in conjunction with Conservation International, an environmental NGO in Arlington, Va. The fund, which is valued at 5 million euros ($6.1 million), will disperse grants to farmers and NGOs, and targets 17 countries and four raw materials regularly used in luxury fashion: cotton, wool, cashmere and leather.

Patagonia is also supporting regenerative cotton farmers with a pilot program in India. The pilot started in 2018 with 165 farmers on 420 acres. This year, it involves 2,260 farmers on 5,248 acres.

“It’s about changes on the ground,” said Helen Crowley, Kering’s head of sustainable sourcing and nature initiatives. Or in the ground, really.