Why Rihanna’s Fenty Fashion Label Is Taking a Pause

Rihanna made history in 2019 when she went into business with LVMH Moët Hennessy Louis Vuitton, marking the first time a Black woman was at the head of a brand under the conglomerate and the first time LVMH was launching a brand from scratch since establishing Christian Lacroix in 1987.

Due to the challenges spawned by the ongoing coronavirus crisis and difficulty in finding its footing upon launch, WWD learned exclusively on Wednesday that LVMH and Rihanna are hitting pause on the Fenty fashion house for the foreseeable future. The conglomerate is instead going to focus on Rihanna’s booming beauty business with Fenty Beauty and Fenty Skin and invest in her successful Savage x Fenty lingerie line.

“Rihanna and LVMH have jointly made the decision to put on hold the RTW activity, based in Europe, pending better conditions,” LVMH told WWD.

Here, WWD looks back at the trajectory of Rihanna’s Fenty fashion house, including its milestones and struggles leading to its closure. Read on for more.

After much speculation that Rihanna was teaming with LVMH on a fashion label, the two confirmed the news, announcing the brand would be based in Paris and be “centered on Rihanna, developed by her and take shape with her vision in terms of ready-to-wear, shoes and accessories, including commerciality and communication of the brand.”

Jonathan Cohen, Markarian, and Sergio Hudson on Being in the Inauguration Fashion Spotlight

Rihanna made history with the deal as she became the first Black woman to lead a brand under LVMH. It also marked the first time LVMH had launched a fashion house from scratch since establishing Christian Lacroix in 1987.

LVMH had previously worked with Rihanna on her highly successful Fenty Beauty brand, which she launched in 2016 with one of the most diverse assortments of foundation found on the market. She set a new standard of inclusivity and diversity in the beauty industry, commonly referred to as the Fenty effect, that she continued with subsequent face product launches. Upon launch, the brand earned sales north of $100 million in a matter of weeks.

Her first Fenty fashion collection, which made its debut at a Paris pop-up shop, was inspired by her own style. Pieces featured cinched waists, billowing sleeves and a mix of masculine and feminine details. The debut collection also offered shoes, jewelry and eyewear.

Rihanna later teamed with The Webster to host her first U.S. pop-up experience to debut the Fenty fashion label. The brand took over the first two floors of The Webster for roughly two weeks.

For its first Paris Fashion Week, Rihanna’s Fenty label teamed with Galeries Lafayette Champs-Élysées for a pop-up shop. The retailer’s atrium featured a selection of items from Fenty’s first three drops, as well as its fourth collection, which released later that month. 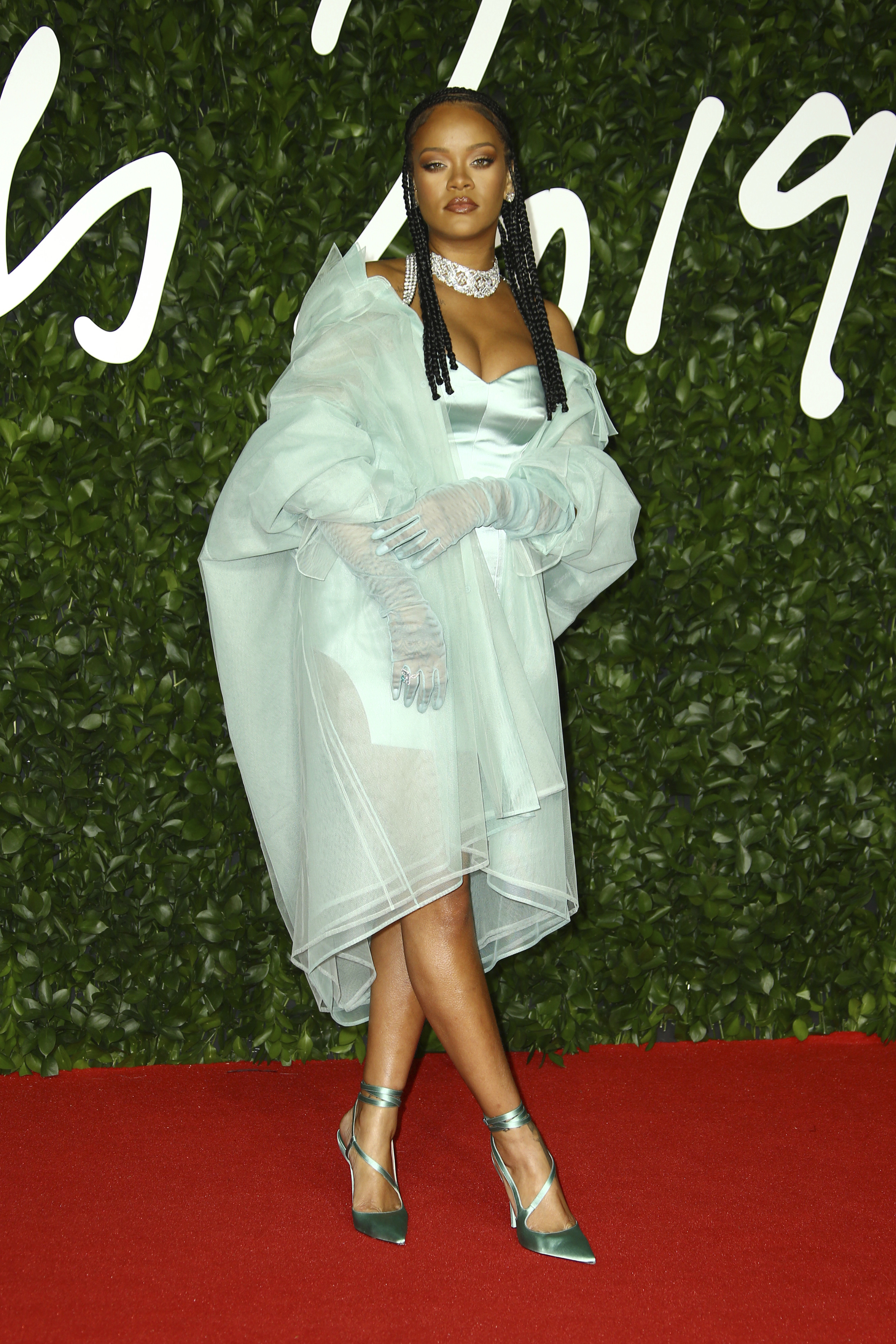 Just a few months after its launch, Rihanna’s Fenty fashion house received the Urban Luxe award at the British Fashion Awards. She accepted the award while wearing a custom Fenty mint-colored minidress and tulle jacket.

Fenty continued its foray into retail last February by teaming with Bergdorf Goodman. The brand took over the retailer’s third floor and window displays at its 58th Street flagship to debut its first collection of 2020. The pop-up lasted through New York Fashion Week and kicked off Fenty’s latest campaign.

Farfetch teamed with Fenty in July as the fashion house’s exclusive digital partner. The partnership aimed at bringing Fenty to new international markets, such as the Middle East and Brazil.

Rihanna also joined forces with footwear designer Amina Muaddi for a much anticipated collection that included four stiletto styles inspired steel nails. The duo teamed again in November for a second collection of colorful heels. Muaddi and Fenty’s collaboration went on to win the Collaborator of the Year Award at the 2020 Footwear News Achievement Awards in December.

Fenty hired Bastien Renard as its managing director in September. Renard previously worked at Nike in the U.S. and Europe for 19 years and was expected to tweak the fashion house’s positioning.

During an analyst call on third-quarter 2020 sales, LVMH chief financial officer Jean-Jacques Guiony revealed that the Fenty fashion label was having trouble finding its footing in the industry, leading to speculation that the brand was underperforming.

“On Fenty fashion, we are obviously still in a launching phase and we have to figure out exactly what is the right offer,” he said. “It’s not something that is easy. We were starting entirely from scratch.”

WWD exclusively learned that LVMH and Rihanna were putting a pause on the Fenty fashion label. The fashion house was struggling to stay afloat amid the ongoing COVID-19 crisis as Rihanna was grounded in Los Angeles and unable to work hands-on with her design team in Paris.

It is reported that the fashion house experienced encouraging sales from its eyewear, shoes and denim, but found challenges in creating eight ready-to-wear collections a year, all while working remotely.

A skeleton staff remains at the brand’s Paris headquarters to help wind down operations. The brand’s new managing director is helping with the transition and is expected to take on a new role within LVMH.

It is understood that Rihanna and LVMH decided to “make priorities” and focus on the singer’s booming beauty business. Last year, Rihanna expanded her beauty offerings with the launch of Fenty Skin, which racked up sales of $30 million in less than four months on the market.

How Rihanna Built Her Fashion and Beauty Empire

Everything You Need to Know About Rihanna’s Fenty Skin Brand