IT is a truth universally acknowledged that no one wants to be the first person to cut into a cake… at least not in our house.

But while you eventually have to ruin the beautifully presented cake in one way or another, one woman's VERY strange has sparked a fierce debate online. 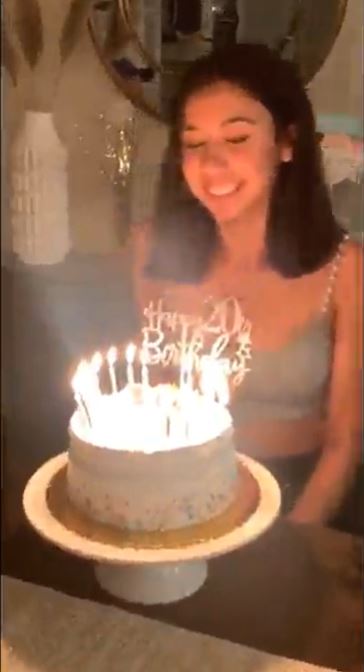 Last month, TikTok user Rose shared a video of the moment her daughter Jules blew out the candles on her 20th birthday cake.

And rather than using a knife to cut into the delicious-looking cake, the five guest instead used empty wine glasses to help themselves.

In the clip, each guest scoops a piece of cake up by pressing the glass down on the edges – before doing a group cheers.

And while some baking fans might find it deeply disturbing… we have to admit, at least everyone gets equal portions. 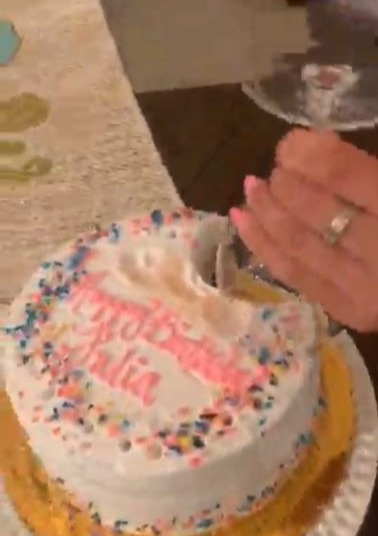 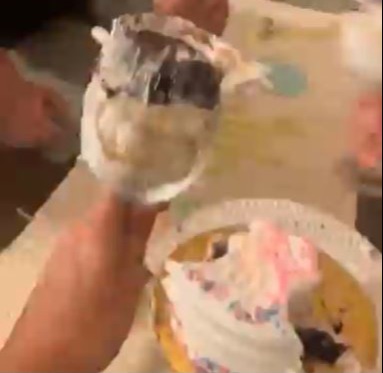 The video has racked up over 1.6 MILLION views – and users debated the unusual method in the comments section.

One replied: "How did I go my whole life without knowing this hack?"

"You all are the smartest people ever," another wrote.

However, others were bothered by the cake being upside down in the glass.

"You're eating the cake the wrong way round," a third fumed. "I need that frosting distributed evenly."

For more food stories, this dad sparked debate after auditing a box of Celebrations – and is outraged to find 13 Milky Ways.

Plus this proud mum showed off bulging lunchbox packed with wraps, crisps and fruit for her toddler daughter.