Home » Fashion » Women lust over 'sexy' mugshot of wanted man with 'dreamy eyes,' joking ‘I hope I find him on Tinder before cops do’

Women lust over 'sexy' mugshot of wanted man with 'dreamy eyes,' joking ‘I hope I find him on Tinder before cops do’

A MUGSHOT of a 28-year-old – wanted for contravening court orders – has done the rounds on social media, with women offering to harbour the hot fugitive.

Victorian Police in Australia appealed for public assistance in locating Jess Mabilia, 28, releasing an image of the alleged criminal in the hope that someone may have information on his current whereabouts. 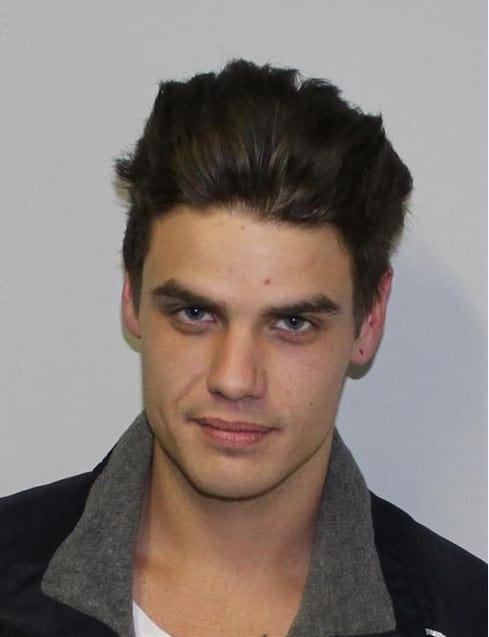 Instead, their Facebook and Twitter profiles were flooded with comments from women who could not believe how attractive he was.

An astonishing 4.4k people liked his photo with one commenting: "Is this a wanted photo or a Calvin Klein ad?"

One smitten woman added: "Charged with breaking and entering the hearts of single mother’s on Facebook." 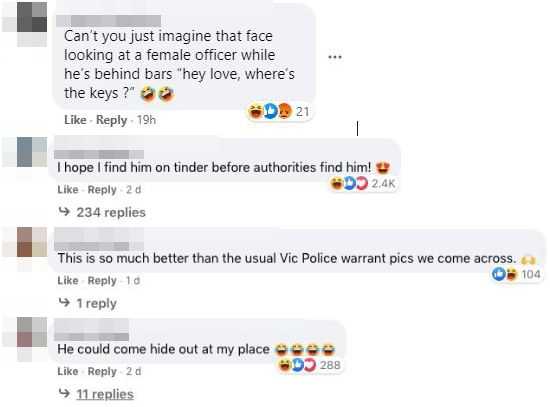 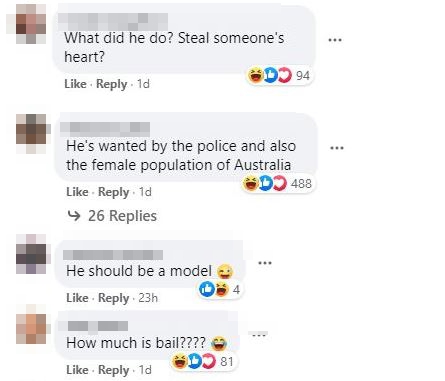 A third teased: "Hey Jess, if you can see this message, you can come crash in my place".

And one said: "We can’t have this guy freely roaming our streets without being in some kind of cuffs."

One woman jokingly offering that Mabilia could “hide out at her place” while another suggested police look in the offices at high-end fashion mag Vogue.

Another said she hoped to find the alleged criminal “on Tinder before police authorities find him”.

And one woman said: "Is Jess going to be the next Jeremy Meeks?" 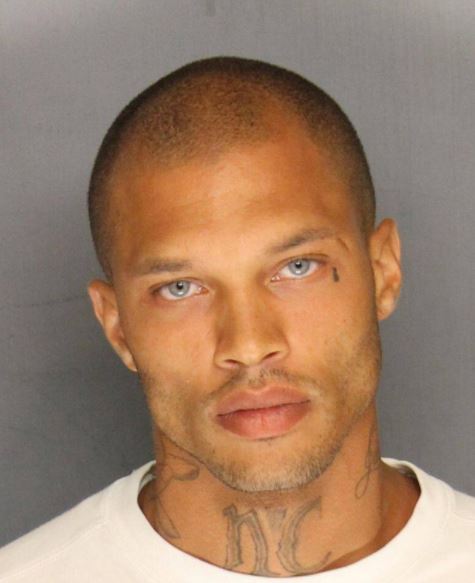 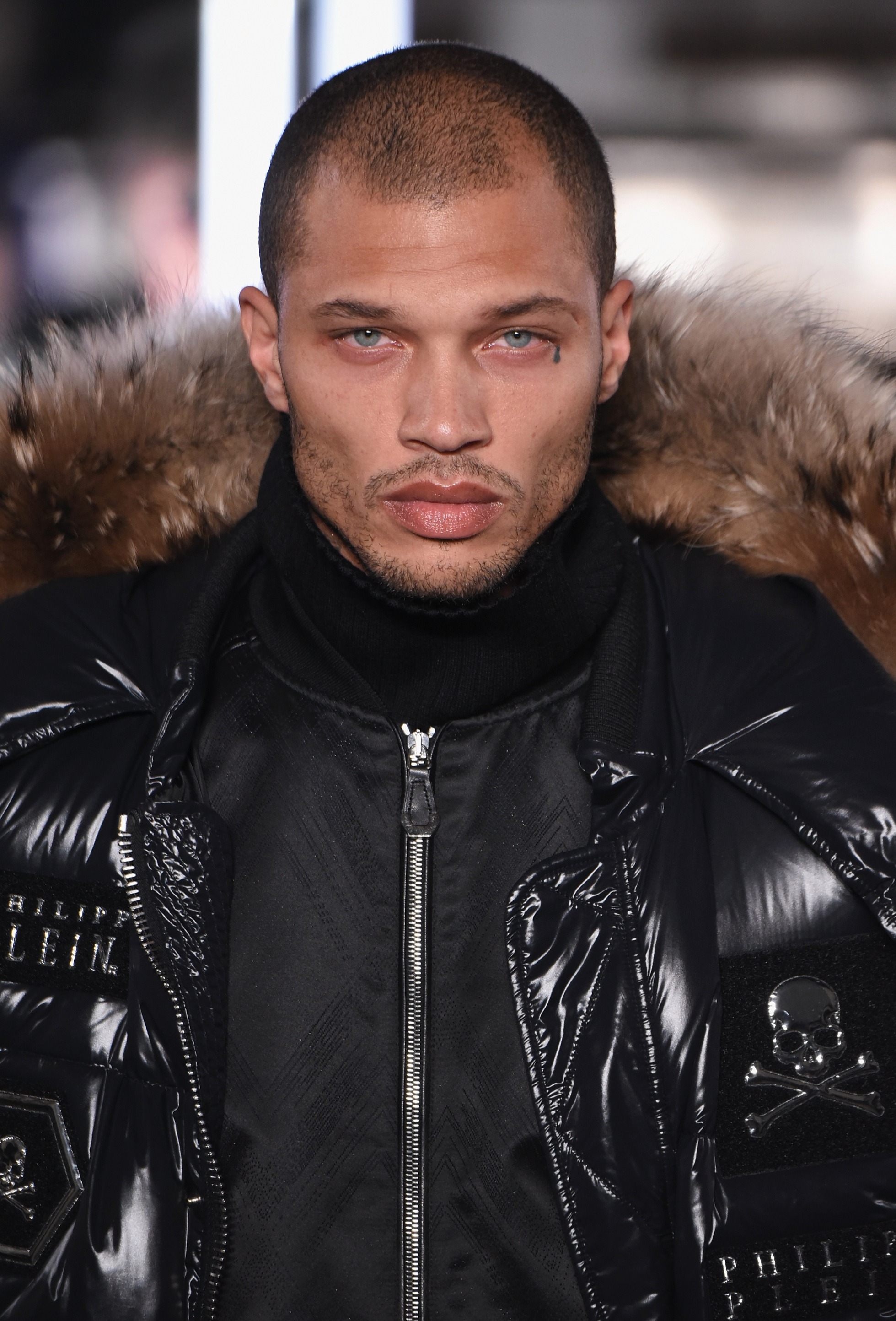 Meeks was the 'hot felon' who landed modelling contracts after his mugshot went viral.

His crimes landed him behind bars — but his mugshot also landed him a modelling contract.

Despite being in jail for weapons possession, ‘smooth criminal’ Meeks was later signed by talent agency White Cross Management.

Is this a wanted photo or a Calvin Klein ad?

As for his personal life, the guy dubbed ‘hot felon’ by the internet even dated Topshop heiress Chloe Green for a minute there.

Meanwhile, it appearsMabilia is loving his new found fame with a Facebook profile purporting to be him sharing links to the articles.

Described as “185cm tall with a medium build, blue eyes and dark hair,” social media users were quick to comment on his striking good looks.

As for Mabilia, he’s known to frequent the Mornington Peninsula, Frankston, Bass Coast and Geelong areas.

Anyone who sights Mabilia or has information about his whereabouts is urged to contact Crime Stoppers on 1800 333 000 or make a confidential report at www.crimestoppersvic.com.au

In more mum news we shared how and 'evil genius’ mum sends kids out to deliver pointless note just to get them out the house.

Plus, this mum shares her son’s hilarious journal entry criticising her homeschooling techniques during the Coronavirus outbreak.