BRAS – most boob havers have a love-hate relationship with them – but are most of us wearing them wrong?

Recently, Twitter went into meltdown when users began debating what the right way to put a bra on is – and no one could agree over which method was best. 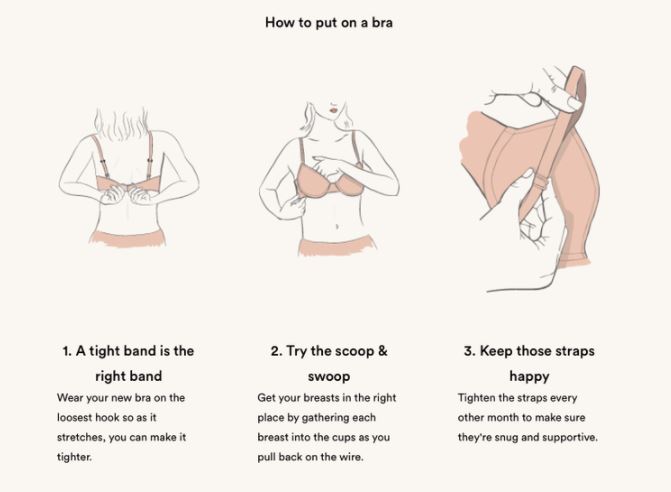 While some people were certain that the correct method was to simply do the clasp up while at the back of your body, others were adamant that the best method is to do the bra’s clasp up at the front and then spin the bra around, slip your arms into the straps and pull the bra on.

There were some users who claimed that the best method for putting on a bra was to do them up and then pull them over their head like the process of putting on a t-shirt.

While others suggested doing their bras up and then stepping into them like a pair of pants and pulling them up over their hips and onto their chests.

Interestingly, there is an official best method for putting on a bra – and most of us have actually been doing it wrong.

The shocking information has been pulled from an old tweet, which Huffington Post originally shared, with the tweet revealing that there is a correct way to wear a bra according to bra company Third Love.

According to the bra specialists, you’re meant to: “clasp the loosest hook by reaching behind you and clasping it on your back, pull your boobs into the cups, then tighten the straps every couple of months as they loosen”.

It’s also worth noting that the skin around your chest and ribs is very delicate, and twisting your bra around could cause scratching – and shockingly, it could even cause the skin to wrinkle more easily.

It’s also important to be aware that the less tugging and turning you can do, the better, as the more you tug at your bra, the more quickly it will stretch out and lose its shape.

While putting your bra on via the hook at the back method is best, if you’re unable to do this – due to a lack of flexibility or dexterity – then the front-clasping is the next best option. Your bra may wear out faster, but if you’re careful with the process, it shouldn’t do any damage.

Elsewhere, Mrs Hinch has transformed an Ikea stool and table into a stunning display in minutes – it’s incredible.

And a professional cleaner shares her £2 must-have product & how to use it to clean everything from the loo to the dishwasher.

Plus, people are showing off their Ikea bed hacks and they are out of this world.