Working in the sex industry might sound like a young person’s game, but senior sex workers who are still performing in their 80s have insisted there’s no shelf life in the industry.

For Abby, it’s a matter of making money as her husband is incapacitated after surgery and unable to work, while for Norm it’s a way of expressing himself after years of being a priest. 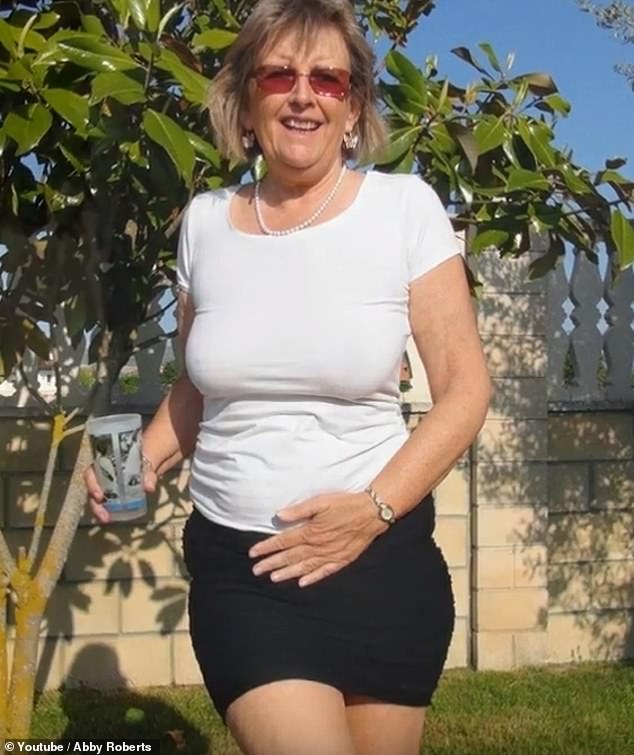 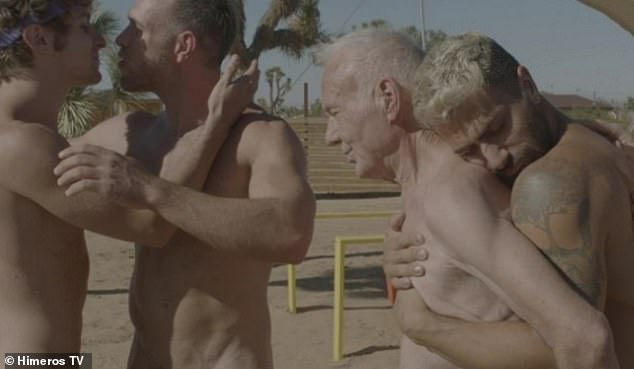 Norm (second right) was a minister for 40 years before he came out in his 60s. He was married to a woman for 28 years and thought his attraction to men was just ‘quirky fantasies’ 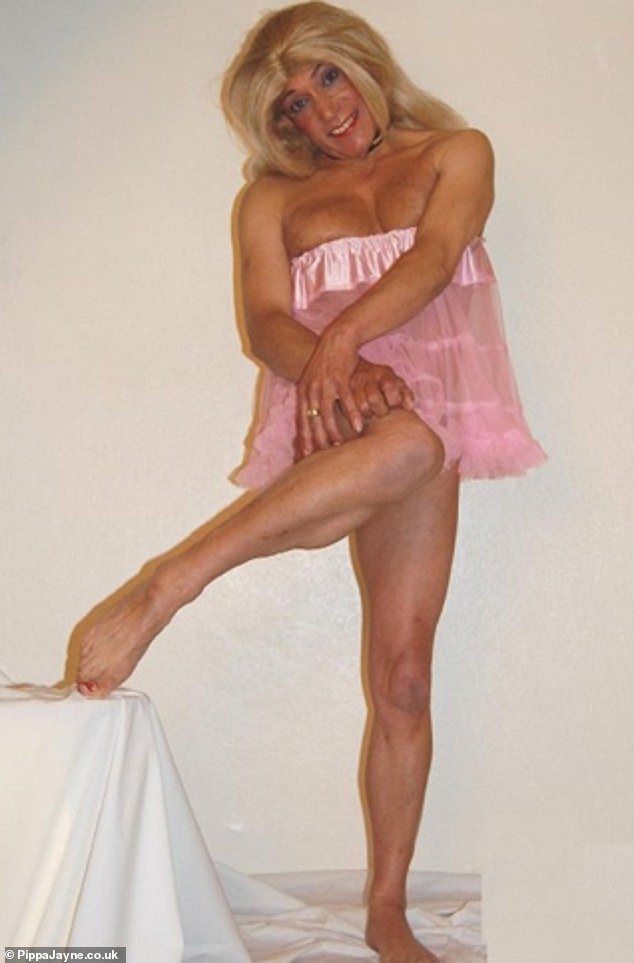 In Bournemouth, Pippa Jayne, 72, works as an escort but says business has taken a downturn since she underwent gender-affirming surgery

Abby explains that her husband cannot have sex anymore after he underwent major surgery last year, but doesn’t get jealous of the men she films with because he knows ‘nothing can come between’ them.

She films six to seven days a week and jokes she might be a ‘workaholic.’

‘I just love it actually. I’m the bread winner, I’m the one who brings the main money,’ she says.

‘But it’s been like this for 18 years because when I married my husband I knew he had quite a heavy disability and I knew it would get worst.

‘It doesn’t matter who earns the money as long as you love each other,’ she says. 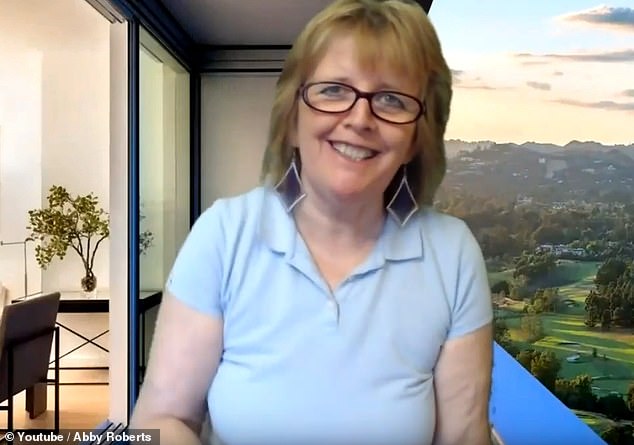 Abby can’t have sex with her husband anymore after he had major surgery, but he doesn’t mind her having sex with other men for work, as he knows nothing will come between them

The porn-actress says some of her family and friends know about her sex-work and that can pay her bills if they don’t accept it.

‘What is so bad about sex? We all have sex,’ she says.

‘I’m feeling incredibly fortunate, or as we say, blessed. I am retired, I have an adequate income, I don’t need to worry about my finances that much,’ he says

But the pensioner wasn’t always so upfront about his attraction to men. Before joining the industry in his eighties, Norma was a priest for 40 years, and married to a woman for 28. 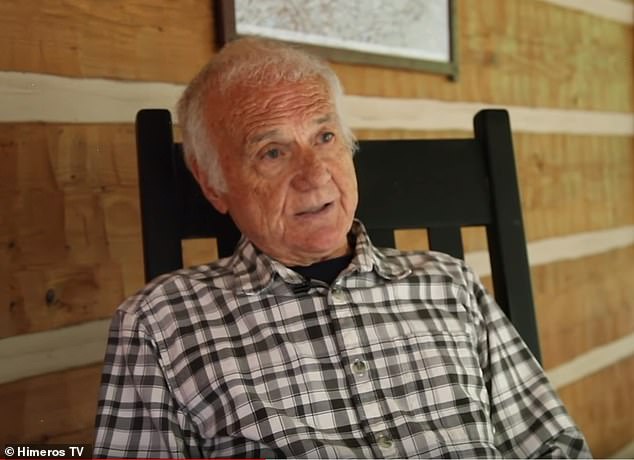 ‘My professional clergy career began officially when I entered in seminary in 1960 and went on for 40 years until I retired,’ he recalls.

In the documentary, Norma reflects on his past married life, shared with a woman.

‘I met my wife at a campus ministry center at Vanderbilt where I was a graduate and she was in the seminary,’ he explains.

He says the couple had great and bad times together and that their shared faith had kept them together, although their sex life never really took off. 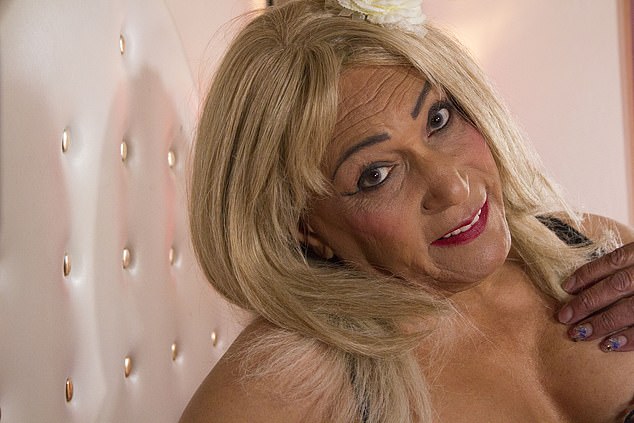 Pippa says she’s proud of having transitioned and says she should have done it sooner, but admits it’s hurt her escort business

‘That side of our lives never really quite matched up,’ he admits. ‘We never knew how to talk about it, even though we were in the business. I mean we could counsel any number of people, but we never really got that together.’

Norm says he never thought of himself as a gay man in the closet and didn’t know what to do with his attraction to men, brushing it off as ‘quirky fantasies.’

‘Sex has been a very later part of my life,’ he explains, ‘powerful and pushing and enticing and urging, but never quite getting beyond the barriers.’ 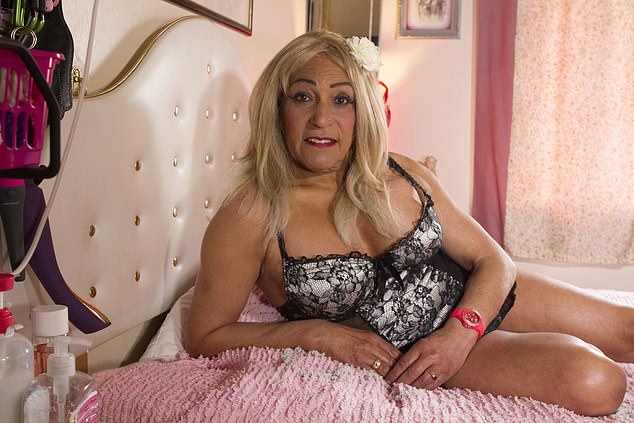 Pippa (pictured) works as an escort from Tuesday to Thursday, but is struggling to keep her clientele interested 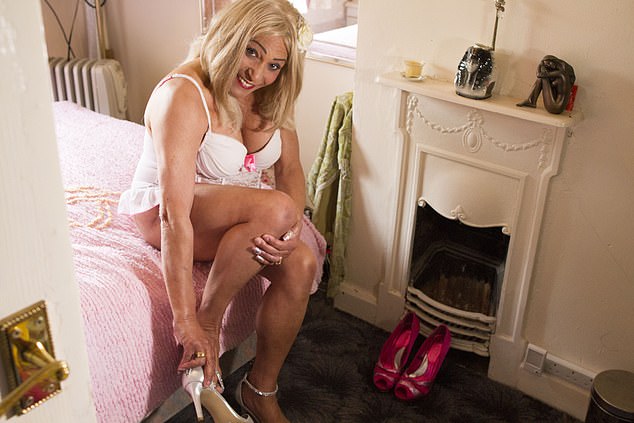 ‘When I finally came out, as a gay men, I was mid-sixties, I busted out,’ he says.

Meanwhile, transgender sex worker Pippa from Bournemouth, is struggling to find clients after completing her transition, becoming one of the oldest people in the UK to undergo gender affirming surgery.

‘I’ve only had a few clients since my operation,’ she explains, ‘ and I’ve found it’s been more exciting in a way, because you get a guy treating you like you’re a woman.

‘I still have the enthusiasm, and I think I will still be offering penetration sort of sex.’ 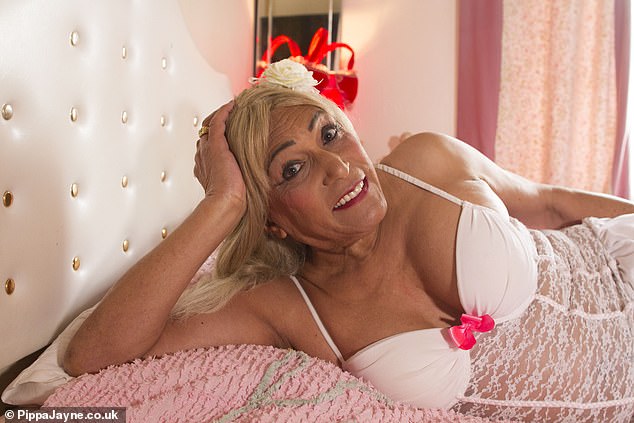 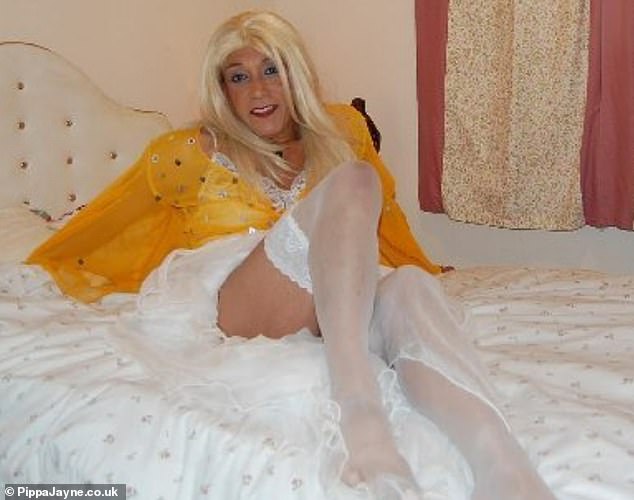 But she admits that since her operation, a lot of clients have forgone her services.

‘The transitioning has had quite a detrimental effect on the escorting,’ she explains,

‘I’m not really doing myself a favour in building the new work, it’s not surprising that it’s very slow,’ she adds.

As she records a new voicemail for her escort gig, Pippa informs the clientele she is now a fully trasnsitioned woman and cannot help with ‘shemale services.’

‘There are a lot of clients that don’t ring me anymore but it’s very early days yet,’ she says, adding that some one them were only interested in a ‘girl with a c****.’

However, Pippa has no regrets about losing business and says she’s ‘proud’ of how she is now.

‘I wished I’d done it earlier,’ she explains. ‘You start to feel such like yourself.’

The Sex Business OAPs on the Game airs tonight at 10pm on Channel 5.