Home » Lifestyle » 9 Celebrities Who Used to Work For Famous People

Before they were stars, they worked for the stars!

The journey to fame is filled with highs and lows… and maybe a few unexpected jobs! For some aspiring actors, musicians, and models, they ended up working for the stars before they became one themselves!

A few of the biggest celebs in the world were once babysitters, personal calligraphers and closet organizers for other celebrities. Stars like Meghan Markle, Mindy Kaling and Jennifer Garner were all in that position before they got their big break in Hollywood.

Before Khloe Kardashian rose to fame on “Keeping Up With The Kardashians,” she was working behind-the-scenes on another reality show as Nicole Richie’s personal assistant!

“I was Nicole Richie’s assistant… I went to school with her. She was one of my best friends growing up and we were just really, really close and then when she started doing ‘Simple Life’ — I think it was after ‘Simple Life’ — she just needed some help and I just needed a job,” she said on the “Emergency Contact” podcast. 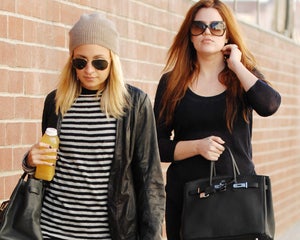 Jennifer Garner worked as a babysitter for Stephen Colbert’s daughter Madeleine after the duo met on the set of “Spin City.” Jennifer says that she and her roommate would trade off shifts taking care of the little girl.

“You started babysitting for me and that’s how you survived as an actress… and then one day you said ‘I got a new agent and [he wants me to go to LA]… We said, ‘That poor thing’ because you were so nice… We thought, ‘Los Angeles will devour her,'” Stephen said on his show.

When Meghan Markle was an aspiring actress she worked at card and gift store Paper Source in Beverly Hills from 2004 to 2005. During that time, she taught calligraphy and reportedly wrote the invitations for Robin Thicke’s wedding to now ex-wife Paula Patton.

“It was her part-time job as she was going through auditions. She taught calligraphy and hosted a group of customers and instructed them during a two-hour class on how to do calligraphy,” Paper Source CEO, Winnie Park, told People.

Bethenny Frankel recently opened up about working for Kathy Hilton as a nanny to her children Paris and Nicky. She landed the job through her friendship with Kathy’s sister Kyle Richards.

“Part of the job became coming, in my Ford Probe, to get you and Nicky from Lycée, this sort of fancy French school. And I remember, we’d go with Kyle to the Mobile Mart or the gas station after. And I would take you guys ice skating. Do you remember that? Because you were young,” Bethenny said on an episode of her podcast “Just B with Bethenny Frankel” that featured Paris. 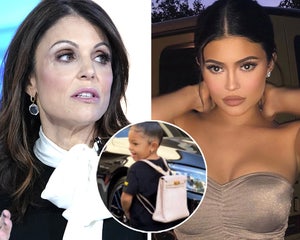 Before Mindy Kaling landed her breakout role on “The Office,” she worked as a script intern on Conan O’Brien’s show “Late Night” when she was a sophomore in college.

“It was so glamorous… I couldn’t believe how starstruck I was. It was my dream to be a guest on ‘Conan.’ It seemed too crazy to think about.. But I was also the worst intern that’s ever worked on the program… I wouldn’t do the things I was hired to do. I would kind of follow you around,” she later said on “Conan.”

Her “Office” co-stars John Krasinski and Angela Kinsey also happened to intern on the show.

Allison Williams formerly worked as a second assistant to Tina Fey when she was filming “Baby Mama” and “30 Rock.” Not much is known about their working relationship, although Tina did once tell Alison’s entire high school graduating class to, “Wear a bra, don’t smoke.”

D’Arcy Carden worked as a nanny for Bill Hader’s two oldest daughters Hannah and Harper when they were just toddlers back in 2012.

“I was his nanny for their oldest two daughters — that was my full time job. I was with them every day, and I still am very close with them. The oldest one in particular I hung out with every day, we were like best friends… we would just talk like friends would talk, I think she maybe took after me too much,” she said on “Late Night.”

Kim Kardashian is now one of the biggest celebrities in the world, but she once was a closet stylist to the stars! She started her business thanks to Sugar Ray Leonard and his wife Bernadett and ended up working for big names like Paris Hilton, Cindy Crawford and Serena Williams.

“Bernadette’s closet was massive and had so much stuff in it. I said to her, ‘You really need to clean out your closet.’ Well, we spent the whole night doing that,” Kim told Player Magazine in 2006, adding that her biggest project was her friend Paris.

Katie Lowes was once a babysitter for Connie Britton’s son Eyob! She held the job until she landed her role in “Scandal,” much to Connie’s disappointment.

“I wanted her to be my nanny so badly and my assistant. She’s just such a phenomenal human and I remember having those conversations. She was helping me with my son, who was then just a baby, and then she said, ‘I got cast in this show called Scandal,'” Connie told  Page Six. 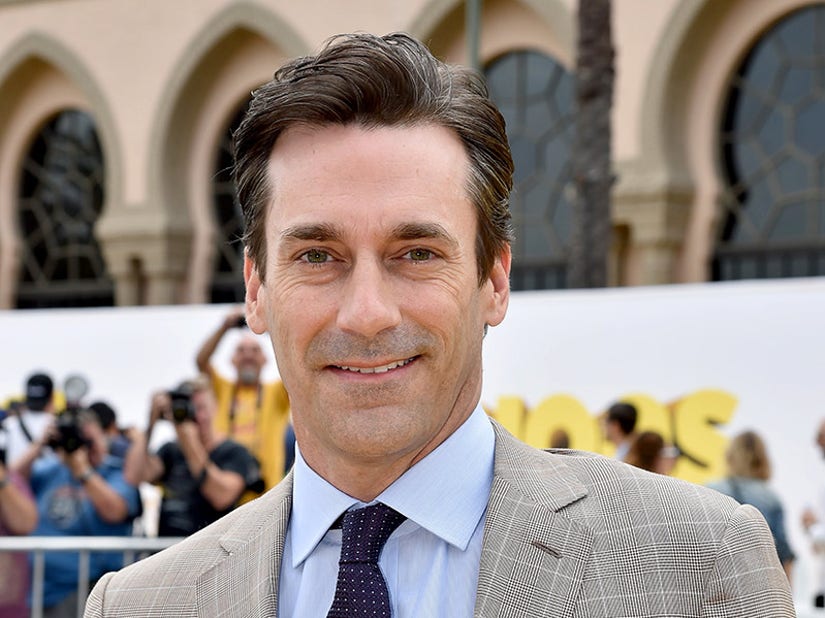 9, celebrities, to, used, who, work
Celebrities