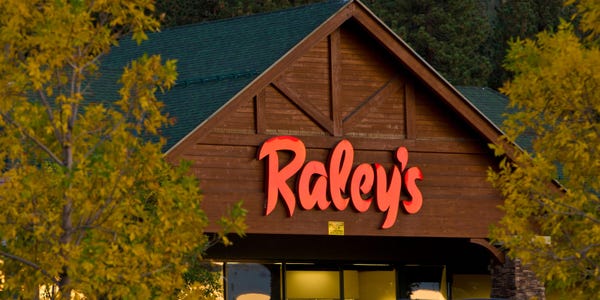 The night shift employees at a Nevada supermarket were in for a surprise when a foot fell through the ceiling of the grocery store.

When the workers of Raley's in Fernley, Nevada, called the police on September 30, they learned that the foot belonged to Matthew Hammer, a man the Reno Gazette Journal reported was reportedly living in the store's ceiling for a week, according to local police.

Police said Hammar was able to gain access to the building via an exterior ladder that led to the roof before he crawled into the rafters and stayed there for a week, according to the report. Additionally, he would reportedly steal food from the deli, and "he made himself at home."

When police arrived on the scene, Hammar refused to get out of the roof, so they had to employ a K9 dog, which got stuck in a section of the rafters, according to the report. The local fire department reportedly came to rescue both Hammar and the dog without injury.

Police did not immediately return Insider's request for comment.

Hammar was arrested for burglary and obstructing a police officer, according to the Reno Gazette Journal.

According to Nevada state law, someone who is convicted of burglary could face a minimum of one year and a maximum of 10 years in jail.