A Republican’s world crumbles as Obama enters the White House

The Unfolding opens on a momentous date: Wednesday, November 5, 2008. Where were you etc? In A.M. Homes’ novel the clock has just ticked over. It is 1am in Phoenix, Arizona and a man called the Big Guy (he never is named, although he is the working hub of the novel) is well into his fourth Ardbeg whisky. Another man slides onto the stool beside him and they discuss what has just happened. According to the Big Guy, a man born in September 1945, “We’re surrounded by folks who have no idea what they’ve brought upon themselves. No idea.”

A black man is in The White House. 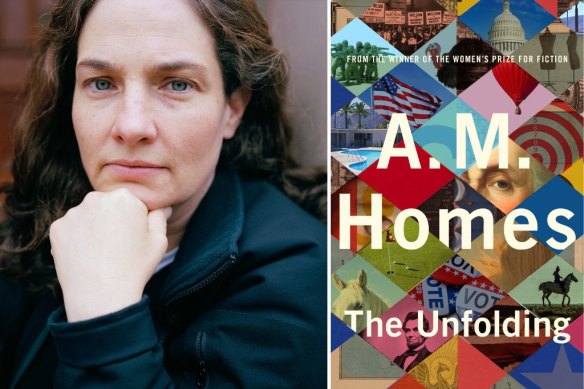 A.M. Homes started writing The Unfolding before the arrival of Trump.Credit:Juergen Frank/Corbis

How long ago that astonishing result seems. The years of Trump simultaneously cluttered and de-cluttered the world as we knew it and Obama was never again as magnificent as he was on Victory Tuesday. He was trailing Hope then. Homes, who can write about anything, and has, started writing her novel of political inquiry before 2016 and the arrival of Trump. What foresight she has.

That said, to cast this novel as “political inquiry” is misleading. Homes’ intention is not to talk about politics per se but to look behind what makes us think one way or the other, how we form unshakeable beliefs.

The Big Guy is an important Republican, a financial and personal friend of John McCain, who lost to Obama, a billionaire who puts his money into the party because the values of the party align with his personal values. And he does have values: he loves his wife and daughter and his country, and he believes that he knows what is best for those who are not as fortunate as him.

He hasn’t had to work for the money he inherited, just make it increase, so has plenty of time for political machinations. He’s the perfect backroom guy. He is not a fool and at times he has self-insight. Late in the book he has reason to ask himself if he is the “good” man he believes he is. 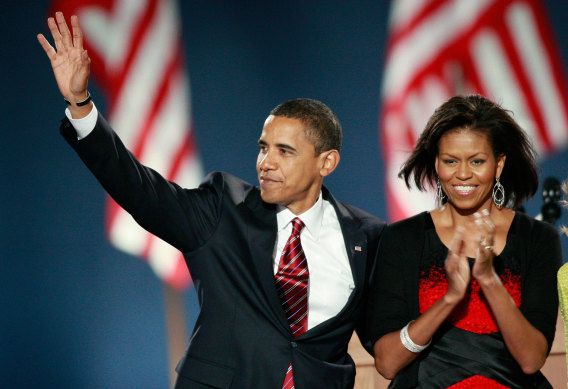 Barack Obama and his wife Michelle after he gave an election night victory speech. A.M. Homes’ new novel imagines people horrified by the prospect of Obama being president.Credit:Getty Images

The real interest of this story is in the relationships such a limited man has with his wife and daughter. Remember his birthday? The year the Second World War ended when Western men took back their rightful place in the world.

The Big Guy finds it impossible to evolve. He’s not hateful, he is loveable and generous to those who love him, but he remains fixed in the cast of Mad Men with a phalanx of other men. Their commonality is their confusion and resistance to change. Their world, when everything was as it should be, is very pleasant. But now there’s that man in the White House, and they need a plan.

There are long, arcane chapters on the Big Guy’s political interactions and his friendships that range from lunatic comedy to acute, dismaying observation. But there is only so much one can say about a man who reminds one of his friends of Fred Flintstone; it is the Big Guy’s wife, Charlotte, and his daughter Meghan who deliver wider interest. They are open to change.

Homes won my heart with Music For Torching, that disturbing tale of a bored couple who burn down their house. Every thought was a case of knives. She disturbs again in the portraits of Charlotte and Meghan. Neither is what you expect. Charlotte, a committed non-eater, is given the best lines and Meghan, about to graduate from her exclusive boarding school, is individual. Although she is, certainly, on some sort of elusive spectrum. Maybe it’s The Rich Girl’s spectrum? (She does have a fantastic horse in the stables at school.) But she’s more than this, she’s more than her immediate parents, she’s empathetic and thoughtful.

Meghan will never be an Ivanka T, although she could be a Meghan M. Her father, with his canny eye, has great plans for her future. But, really, what would an old white guy know about the interior life of an observant 18-year-old? Homes writes contemporary history that runs a parallel derangement to our real derangement. It is exhilarating writing.