Are YOU guilty of weeing in the shower? TikTok doctor warns habit could cause incontinence by creating ‘an association with running water’ and says women ‘aren’t designed to pee standing up’

Despite being a point of discussion for sometime, previously the question, ‘Do you pee in the shower?’ was reserved for hygiene debates, but now health has been called into question.

TikTok users were thrown when Dr. Alicia Jeffrey-Thomas, a doctor of physical therapy at Boston Urology, posted a video titled, ‘Why you shouldn’t pee in the shower.’

In the video, that gained over 29,000 likes, the self-proclaimed, ‘TikTok’s Pelvic Floor PT’ outlined that the sound of the running water could cause you problems.

‘If you pee in the shower, or turn on the faucet or turn on the shower and then sit on the toilet to pee while the shower is running, you’re creating an association in the brain between the sound of running water and having to pee,’ said the physician.

She also warned that it could create incontinence issues for women, not least because they’re ‘not designed to pee standing up’.

Reply to @gwas007 why you shouldn’t pee in the shower (probably part 1 of multiple?) #learnontiktok #tiktokpartner 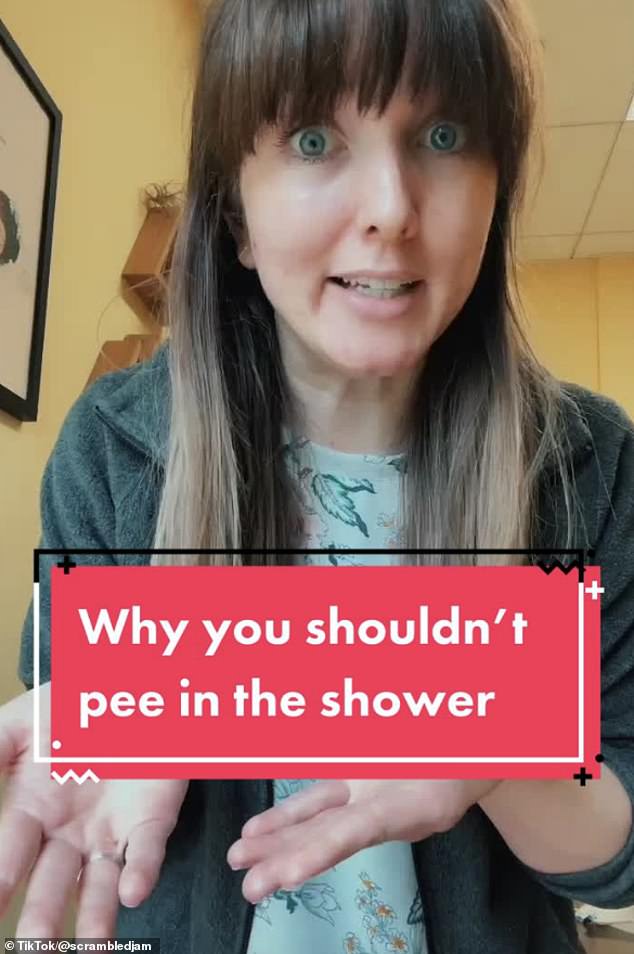 Dr. Alicia Jeffrey-Thomas posted a TikTok video warning people of the potentially harmful effects of peeing in the shower

Alicia went on to say that urinating while showering will subconsciously cause your brain to link the sound of running water with peeing.

She explained that down the line this could lead to ‘leak issues’ if coupled with pelvic floor problems, because women are ‘not designed to pee standing up’.

‘Your pelvic floor isn’t going to relax appropriately, which means that you aren’t really going to be emptying your bladder super well,’ she explained.

After Alicia’s video went viral, Tiktok commenters debated in the comments whether this was information they needed or not. 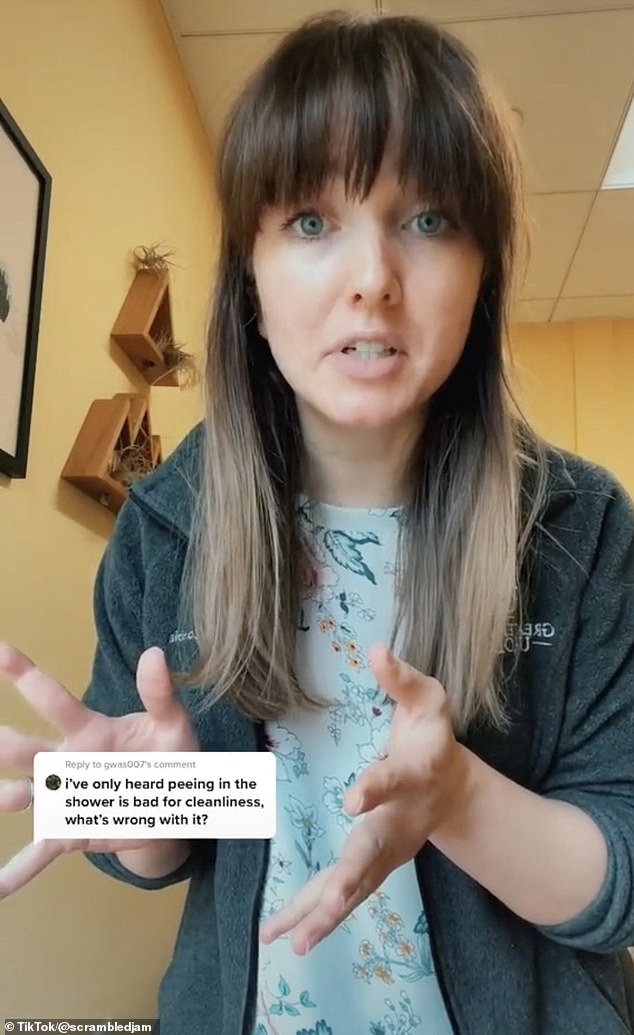 One said, ‘My mum did this to me, conditioned me to pee with a faucet before we got in the car. Now every time I wash my hands or do the dishes it’s triggered.’

While someone else wrote, ‘Girl with respect I already got too much to worry about. There’s bigger fish to fry, but thanks for the info.’

A third simply chimed in with, ‘Frankly the conditioning (dog theory) doesn’t apply to every single situation.’

After Alicia’s video went viral and picked up traction, FEMAIL spoke to Dr Jay Khastgir, a Consultant Urological Surgeon from South Wales to clear up the fact from the fiction.

‘Bladder control is determined by complex neural mechanisms. The bladder is able to passively store urine and intermittently switch to the voiding phase when it is safe and appropriate to do so,’ said Jay.

‘Toilet training in children marks a shift from reflex voiding in early life to a voluntary controlled function.’

Jay explained that several theories surround incontinence but the precise cause remains unknown.

‘The association with environmental factors such as the sound or feel of running water or entering their front door (latchkey incontinence) is anecdotal.

‘It may may suggest subconscious associations that interference with nerve pathways that ‘buffer’ between stimulus and response. But in reality, there is little or no evidence that urgency incontinence may be caused by habitually urinating in the shower.’

Jay also advises that there’s little cause for concern when it comes to women standing while peeing either.

‘There is no evidence that it has a detrimental effect on bladder emptying. In one study the flow was weaker when standing but the bladder emptying was no different between the standing and sitting or crouching position,’ the urologist said.

‘It should be noted that the position for voiding varies between cultures, both in men and women. The standing position is anecdotally being increasingly adopted by women who do not like to sit on public toilets or are in public places such as music festivals. This is has been facilitated by the availability of external appliances developed for women.’