ALDI is selling a new rattan garden furniture set and it comes with a built-in wine cooler.

The new specialbuy set is £300 and it's made up of four chairs and a matching high table that includes the hidden feature. 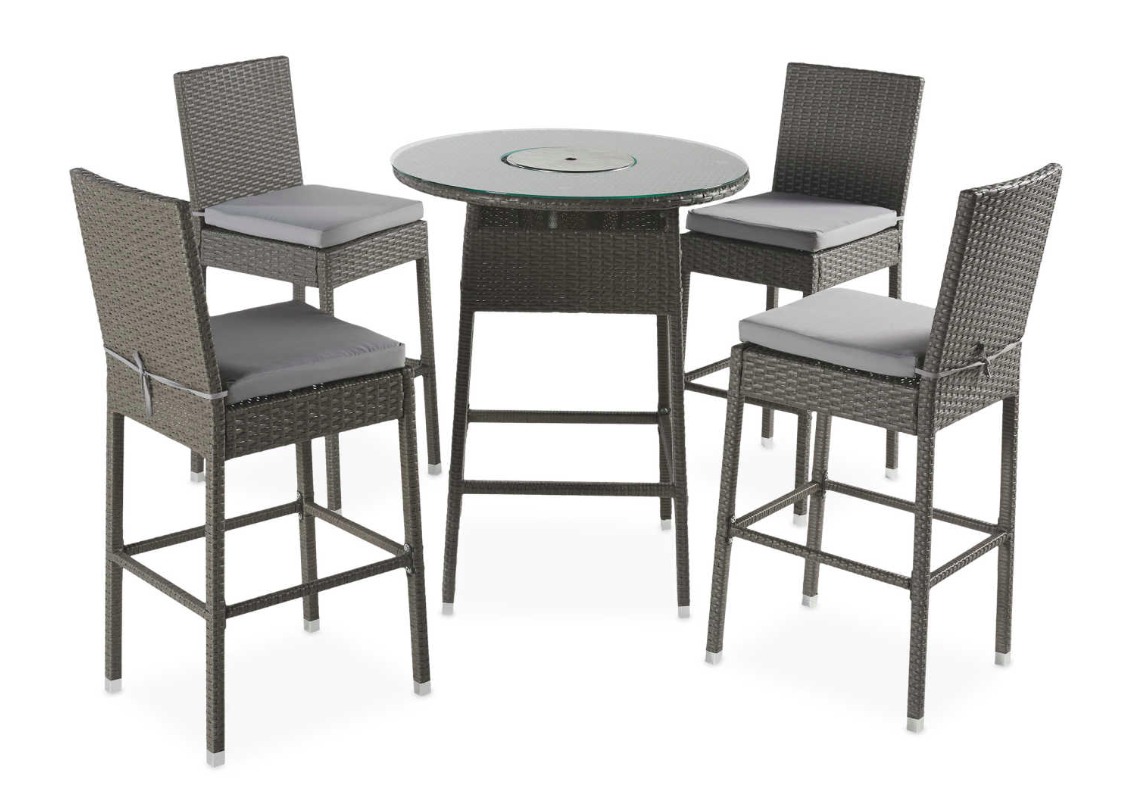 Aldi launched the garden furniture set this week along with a whole host of other specialbuys that have been flying off the shelves.

The table is approximately 100cm tall and within its glass tempered top you'll find a hidden ice bucket compartment that can hold up to 10 litres.

The set also features cushions for the rattan style chairs so you won't have to buy those extra either.

You can pre-order the set now and it will be dispatched from Sunday, which means you'll likely get it around midweek next week.

Specialbuy pre-orders are usually delivered from two days until up to a week after the item’s dispatch date.

You can only buy this set online though, so there's no avoiding the extra £9.95 delivery cost that you'll have to pay on top of the £300 price tag.

Orders are restricted to one per person because of the high demand too, after some cheeky shoppers were caught flogging specialbuy products for double the price on sites like eBay.

You'll have to be quick to cash in on the furniture steal, because stock is subject to availability.

But it's important to shop around first and see if you can get a cheaper deal anywhere else.

The new set is quite unique to Aldi though, and not many other discount retailers can compete with the bargain price.

The next best we could find was Azuma selling a similar set with the built-in wine cooler feature for nearly £800, so Aldi's is £500 cheaper.

If you're after something under the £300 budget though, you'll have to compromise on the quirky extra feature.

Argos has a four seater patio set for £150 which is half the price of Aldi's but it doesn't have a built-in cooler to show off.

Last week we told you about Aldi's rattan garden tiki bar that launched with the newest specialbuys too, and it's £100 cheaper than Asda’s.

But the store was beat in price by B&M as the discount retailer is selling another garden furniture set for £45.

If you want to check out more bargain furniture to upgrade your garden, then Aldi has released key dates for all the specialbuys launching in May.