Who is Alex Beresford, the weatherman who confronted Piers Morgan?

“Three weeks ago I took part in a television debate about the decision of the Duke and Duchess of Sussex to publicly reveal the racism they claimed to have suffered as members of the Royal Family, and the impact on their mental health,” the “Good Morning Britain” personality wrote in an essay for the UK’s Telegraph.

“Since then I have been subjected to relentless racism myself on social media,” he continued. “I am a strong person, but I am not made of steel.”

In early March, Beresford, 40, and Morgan, 56, got into a heated spat on “Good Morning Britain” following Markle’s explosive interview with Oprah Winfrey. Morgan, a longtime critic of the Duchess of Sussex, said he didn’t believe many of the comments made by Markle in the wide-ranging sit-down, which included allegations racism in the royal family.

“Has she said anything about you after she cut you off? She’s entitled to cut you off if she wants to. And yet you continue to trash her,” he continued.

Morgan stormed off set and later left his post at “Good Morning Britain.”

While reflecting on the televised argument, Beresford wrote in Wednesday’s essay that “social media is just a reflection of a bigger problem in society.” 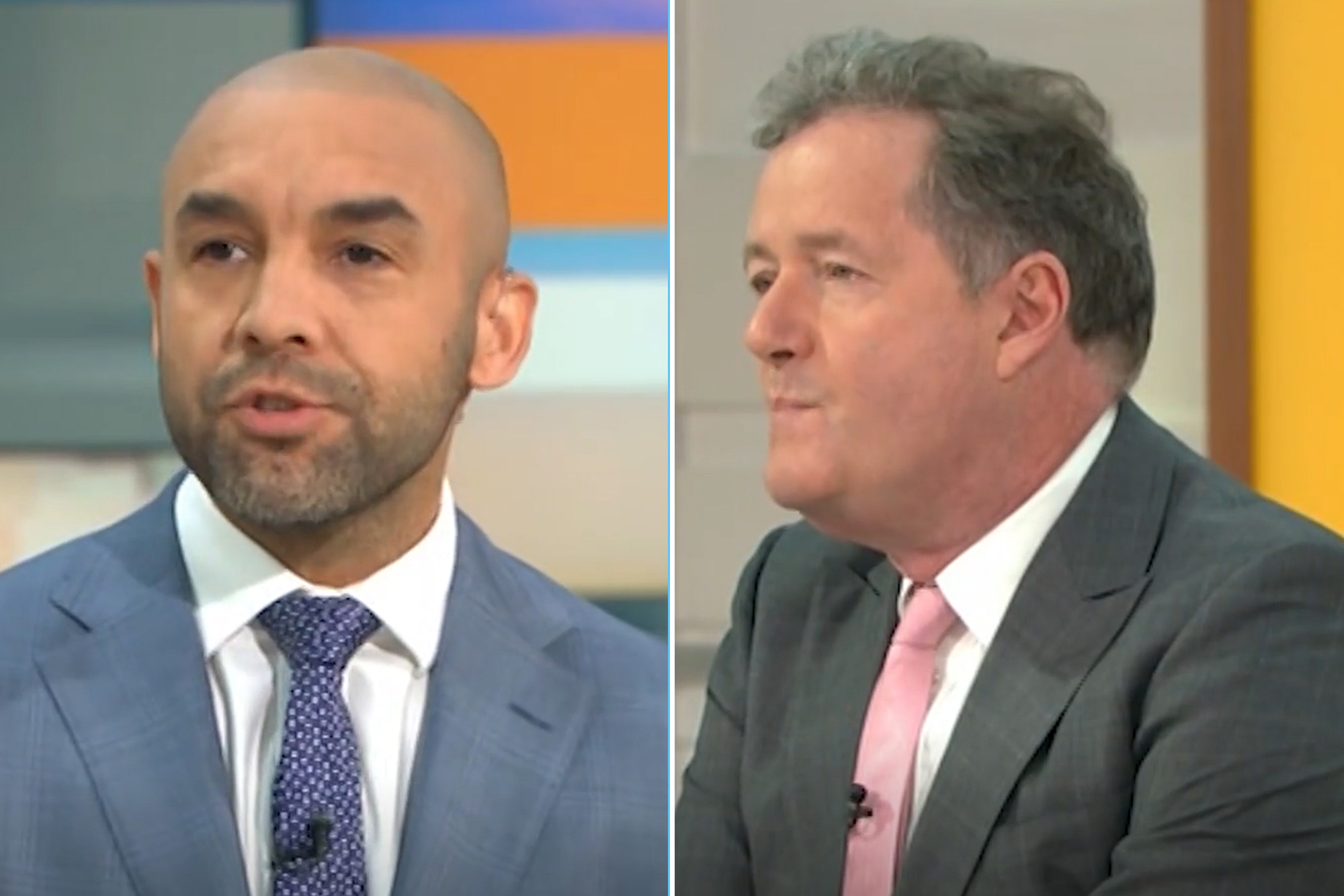 The TV presenter also recalled his own journey growing up biracial.

“My white British mum and Guyanese father used to prepare us for the outside world without trying to spoil our loving childhood home,” Beresford wrote.

He later added, “School was the place where differences became visible to me. As well as learning the two times table I also had to teach myself quickly about what prejudice meant.”

Though Beresford described his journey “lonely” at times, he wrote that “discovering” himself and “finding out where you stand” was a “beautiful” process.

Beresford explained that Markle and Prince Harry’s bombshell interview “resonated” with him on a multitude of levels.

“From a similar experience around the concern of a baby’s shade of color to the devastation of laying to rest someone very close to my heart just three months ago, who had those same suicidal thoughts,” Beresford wrote, referencing Markle’s admission to contemplating suicide during her first pregnancy.

“Whilst appearing to be a Royal problem, it felt so personal to me,” he added.