ALEXANDRA SHULMAN'S NOTEBOOK: Nobody is perfect

ALEXANDRA SHULMAN’S NOTEBOOK: Nobody is perfect – so don’t expect mothers to be

Olivia Colman has already scooped Best Actress nominations from the Golden Globes and London Critics’ Circle for her performance as Leda in The Lost Daughter, which opened in cinemas last week. The central theme of the film is what it means to be a mother and, crucially, it asks the audience: Is Leda a bad parent?

Against the backdrop of recent weeks – where we have learnt of the absolutely horrendous abuse of Star Hobson by her mother and stepmother, and the fate of Arthur Labinjo-Hughes – Leda’s deficiencies are small beer.

Even so, the film expertly highlights the often overlooked issue of how often women find it difficult to fulfil a role that society expects to come so naturally to them.

Colman, together with co-stars Jessie Buckley (who plays the younger Leda) and Dakota Johnson, subtly but powerfully pinpoint the rollercoaster of emotions so many mothers will identify with The love, the fear, the frustration, the exhilaration, the boredom… I could go on. 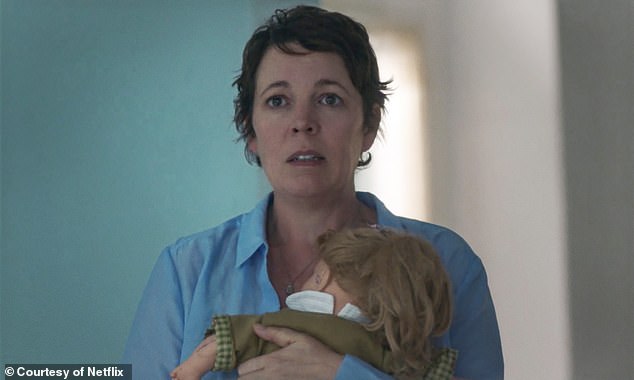 Olivia Colman has already scooped Best Actress nominations from the Golden Globes and London Critics’ Circle for her performance as Leda in The Lost Daughter (pictured), which opened in cinemas last week

Most women, not by any means all, want to become mothers. Yet until it happens we have no real idea what that involves. Yes, we have our own mothers as templates and we see friends with their children. But until we have that tiny, vulnerable person in our charge, it is impossible to imagine what the experience feels like.

I so clearly remember leaving the safety of hospital with my husband carrying our son in a car seat, then driving home to our empty house and realising we were now responsible for the life of a very small person.

It was absolutely terrifying. I had no idea how to look after this precious new arrival who, it seemed, might at any moment be in danger. How would I ever feel confident spending a second without him in my sight? That basic fear, mixed with exhaustion and the deepest love, remained for many years.

Even now, 26 years on, the anxiety and adoration remain – though, thankfully, the exhaustion has gone. 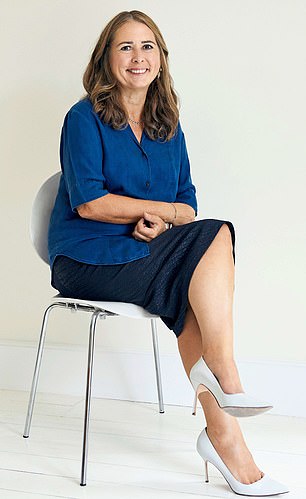 In The Lost Daughter we see in Leda a woman who at one stage simply can’t deal with, in her words, ‘the crushing responsibility’ of children. Without spoiling the plot, she does what many women are tempted to do but few carry out: she puts her identity and her work as an academic before her children.

Call it escape, call it abandonment, call it self-indulgence – it’s not what we think of as the behaviour of a good mother. As Leda grapples with that decision – the right and the wrong of it, and the places in between – so does the viewer.

We would all like to be perfect mothers (although most us would be hard-pushed to describe what that might be). But in order to function as mothers, we have to hang on to something of ourselves before being smothered by our new role.

It’s one of the many reasons I felt so lucky to have worked in an office throughout my child’s life. It might have sometimes seemed impossible to get the balance right. But it was certainly easier than trying to work with a crying child outside the door. And it undeniably helped me avoid the struggle to find value in my life outside the demanding crucible of being a good mother.

I’ve reached that age where my pension is obsessing me. Pension, a word that for many years only existed somewhere over the horizon, is suddenly up close and personal. I have, as is generally advised, employed some professionals to help me make decisions and to get a degree of clarity about the correct course of action. But it turns out clarity isn’t easy to come by.

Thanks to rule changes a few years ago, we are all free to transfer our pensions out of old-fashioned final salary schemes into a pot of cash that we can access as and when we choose.

But the City regulator is so terrified that we might make a dreadful – and irreversible – mistake that it has put in place a labyrinth of regulations that leave advisers absolutely unable to give you any information without hedging it with double or even triple negatives. All I want to know is what to do with the pension I have clocked up after toiling away for 30 years. A clear answer comes there none.

Rome or Eddie? It’s no contest

Seats for Eddie Redmayne’s popular Cabaret are only available at £250 until late March when the casting changes. I would have paid £100, perhaps a bit more, but £500 for a pair? That’s a trip to Paris or Rome.

Cabaret, like so many plays, has had to shut as theatreland takes another hit from Covid. All the same, if we want our theatre to be an experience for all and encourage a younger generation to be theatre-goers, how does it make sense to charge that sort of price? 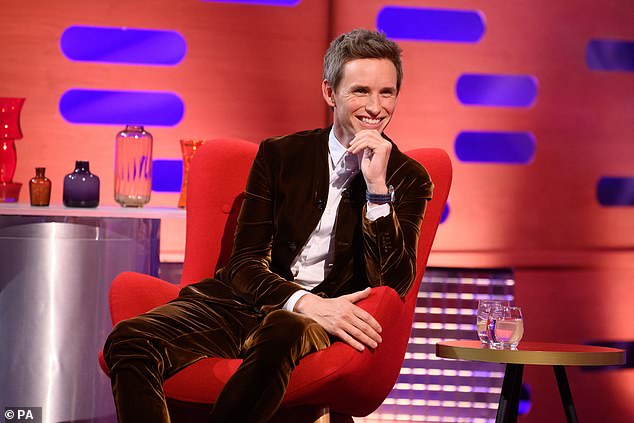 Seats for Eddie Redmayne’s popular Cabaret are only available at £250 until late March when the casting changes. I would have paid £100, perhaps a bit more, but £500 for a pair?

Why are only people like me getting a jab?

The queue for boosters at our local library snaked round several blocks from 10am until 4pm, and we were there for near on four hours.

The jab was on offer to anyone over 18 but the crowd was almost entirely white, middle-class over-30s, despite our neighbourhood’s demographic being extremely diverse. Was this the famous vaccine hesitancy among the young and some ethnic minorities? Or was it that many employers aren’t giving people time off in working hours to get jabbed?

I’ve decked the halls – with cardboard

Our household has done so much online shopping the hallway looks like a Royal Mail depot. And the packaging is out of control. Where to put the endless deliveries with tape stuck all over them that can’t go in the recycling?

Forget progress being sending us to space or the male contraceptive pill. Far more useful would be the invention of a self-combusting cardboard box.

Once more unto the brunch, dear friends!

Going to a restaurant right now has more than a whiff of cordite about it with Omicron cases soaring. We’ve been taking advantage of being able to get a table just about anywhere last-minute, but there’s an undeniable sense of venturing into the battleground, head down into the fray, and hoping to come out unscathed.