An Australian method of preserving donated hearts has boosted the number of successful transplants and new data shows recipients of these “dead” tickers have similar survival rates to traditional transplants.

There have been 78 heart transplants conducted through Sydney’s St Vincent’s Hospital and the Victor Chang Institute’s world-first DCD (donation after circulatory death) process, a technique that has since been adopted by several hospitals abroad. 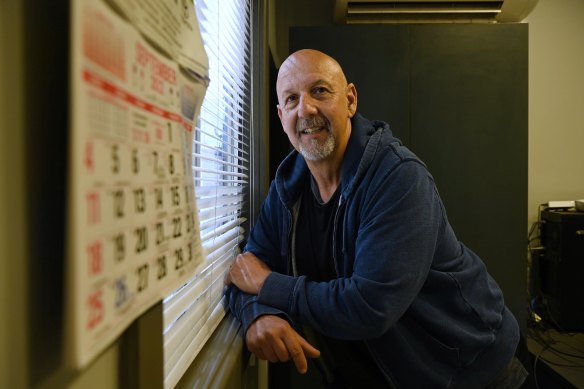 Ross Tripodi is one of dozens of Australians who have now received a “dead” heart transplant. Credit:Kate Geraghty

While donated hearts once had to come from brain-dead people whose hearts were still beating, the DCD method, pioneered in Sydney, means donations can take place after the heart has stopped. Within half an hour of life support being switched off, the heart is extracted and flushed with an oxygenated blood preservation solution before being transported in a special machine to its recipient.

“These are hearts that would not otherwise have been used,” said Professor Peter MacDonald, a senior cardiologist at St Vincent’s Hospital and leader of the DCD heart transplant team.

When Sydneysider Ross Tripodi woke up from his DCD heart transplant in April 2020, he assumed it must not have happened: he didn’t feel like he had just had a big surgery, he felt better than before.

“I was bright-eyed and bushy-tailed,” the 57-year-old recalled. “I turned to the nurse and said, ‘Oh, you haven’t done the transplant?’”

Tripodi was diagnosed with cardiomyopathy – an enlarged heart – aged 49. In 2019, experiencing organ failure, he was warned he would not survive another year without a transplant.

“I got home to see my daughter turn 21, most people take that for granted, but, for me, it was a lot,” he said. “There’s never a bad day anymore. You don’t sweat the little things. I’m just grateful for anything.”

A review of the first eight years of the program, published in the journal Transplantation, showed the new technology had increased the number of transplants performed at the hospital by 25 per cent.

It also demonstrated, in its small sample of 74 transplants, a negligible difference in one-year and five-year survival rates between people who received a heart via either method.

The review’s lead author Dr Yashutosh Joshi said it demonstrated there was “no reason why we shouldn’t” pursue DCD when appropriate for the patient. The five-year survival rate for a DCD heart transplant was 88 per cent, compared with 81 per cent for a brain-dead transplant.

“We don’t want to overstate the benefits of DCD over brain death because it’s still a small sample,” MacDonald said, noting heart transplant was generally a very successful procedure.

The newer method also comes with a time pressure that does not exist in traditional heart transplants. Joshi – who has travelled to collect donated hearts from as far as Darwin – described the program as “essentially 24/7”, with minutes saved by harvesting the organ in an anaesthetic bay, as opposed to in intensive care, contributing to success.

But, said Dr Emily Granger, a surgeon at St Vincent’s, the hearts donated through the DCD system are generally of better quality.

“When someone is brain-dead they have often had a surge of adrenaline which impacts the heart, but in these people their heart is in much better condition,” said Granger, who is also the president-elect of the Australian and New Zealand Society of Cardiac and Thoracic Surgeons.

At St Vincent’s, the only Australian hospital using the method, DCD procedures now account for 30 per cent of heart transplants. In the UK, where DCD transplants started in 2015, they account for almost half of procedures.

Hospitals in the US, Spain, Belgium and the Netherlands have also adopted the technology.

MacDonald said he expected the cost of the “heart in a box” – about $50,000 per use – would mean that it would probably never make up the majority of transplants, but it was an important way to increase organ donation.

“Heart transplantation from donation after circulatory death enables more people to have their wishes to donate honoured, as it has expanded the situations in which donation is possible,” she said. “It also means more people will have the chance to receive a life-saving heart transplant.”

St Vincent’s and the Victor Chang Institute are now working with researchers at the University of Queensland to improve the viability of donated hearts, through a novel project involving the use of protein from funnel web spider venom in the preservation process.