Home » Lifestyle » An LA real-estate broker with $5 billion in sales reveals how she sells mega-mansions in a city overflowing with them, from energy cleansing to unveiling a home like a movie premiere

An LA real-estate broker with $5 billion in sales reveals how she sells mega-mansions in a city overflowing with them, from energy cleansing to unveiling a home like a movie premiere

As more and more mega-mansions hit the market in Los Angeles, real-estate agents and developers are forced to get increasingly creative to generate sales in a buyer’s market.

Brokers are turning to lavish, themed parties and $100 million price cuts in order to get the extravagant mansions off the market, as Business Insider’s Hillary Hoffower recently reported. Or they’re putting them up for rent instead.

“The problem in this market that we’re currently facing is that because there is oversaturation, what happens is, if you’re a buyer and you tell your agent you want to see everything from $20 to $40 million, there’s a lot of options,”Rayni Williams, a broker at Hilton & Hyland with more than $5 billion in career sales, recently told Business Insider.

With so much choice, buyers don’t feel an “urgency” to make an offer, she added.

In an interview with Business Insider, Williams, who works with her husband,Branden Williams, explained how they “create urgency” and sell multimillion-dollar luxury homes, even amid a surplus of ultra-luxe mega-mansions in Los Angeles.

Step one: Think of the home as a movie premiere

The first thing they do is a strategic unveiling of the home.

“It’s a lot like a movie premiere,” Williams said. “There’s buzz and then there’s one fell swoop of an unveiling.”

Sometimes, this means throwing an outrageous, super-exclusive party, often with the help of publicist Alexander Ali, founder of The Society Group.

In February 2019, about 500 guests were invited to a mysterious bash at the $55 million mansion of developer Nile Niami, where they found aquatic performers, virtual reality experiences, anedibles bar and, apparently, a camel. 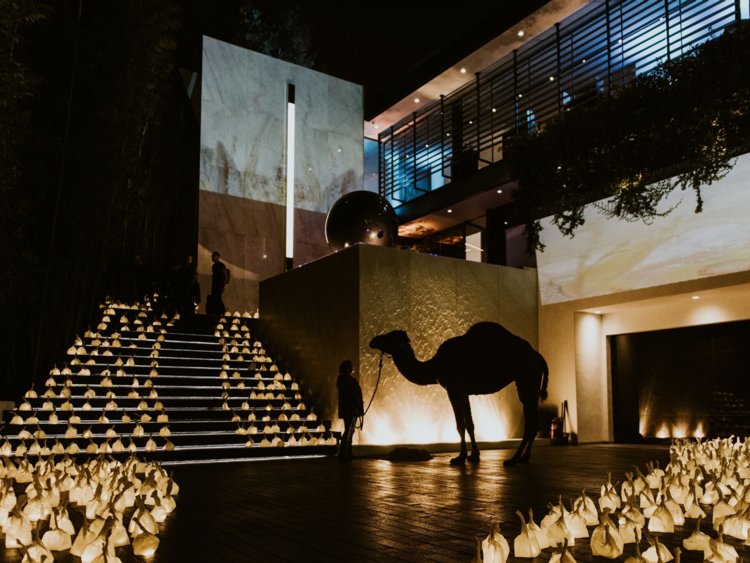 Other events are more family-friendly, such as having children’s movie nights in the movie theater of a $150 million home or inviting influencers to a mansion to attend a yoga class taught by a celebrity instructor.

“If you do the proper unveiling, you’ll always get the action in the beginning,” Williams said.

But if that doesn’t work, or if a home requires rebranding after sitting on the market for too long, Williams turns to other strategies.

Step two: Change the energy in the home

For a home on Oriole Way that the Williamses took on as a listing after it sat on the market for a year, they started by changing the energy.

“First of all, we did an energy cleansing of the house where we took out all the bad energy,” she said. “We crystallized it with geodes that brought in great energy. We pumped through beautiful music in the sound system to get it happy and make this beautiful warm setting.” 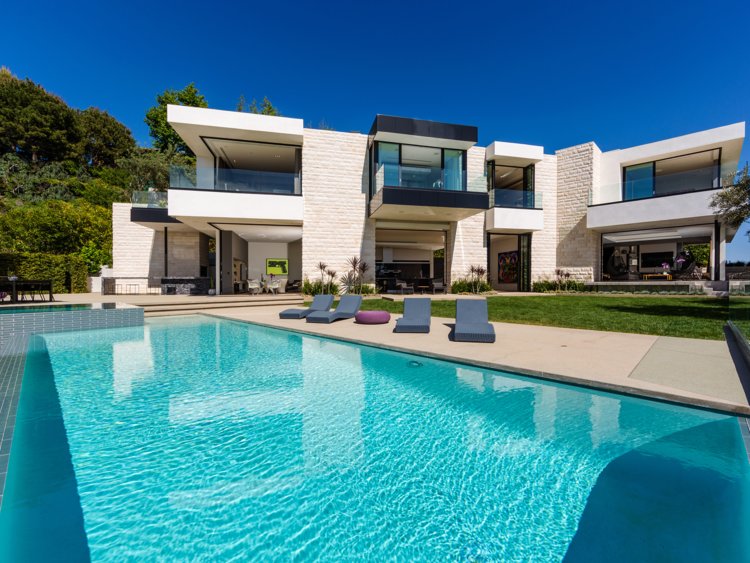 Williams did an “energy cleansing” at an LA home after it sat on the market for a year.Williams & Williams

They also shot a mini-movie on the property with a slumber party theme to try to turn the “masculine vibe” into a more “feminine energy,” according to Williams.

The film went viral, prompting a flurry of media attention, and the home sold for $27 million, 45 days after Williams put it on the market for $27.95 million, she said.

Los Angeles is not the only luxury market that’s struggling

While some real-estate brokers and developers may be seeing some success with their increasingly experimental tactics for selling mansions, luxury real-estate markets in other affluent communities across the country are facing similar troubles.

In the Hamptons,Donald Trump’s 2016 federal tax reform is taking a serious toll on the high-end real-estate market. Home prices are plummeting andproperties are sitting on the market for months, The New York Times recently reported.

And in Greenwich, Connecticut, one of America’ wealthiest cities that’s been dubbed the “hedge fund capital,”people aren’t buying sprawling mansions like they used to.