Home » Lifestyle » Anne Heche: Why Harrison Ford Is My 'Hero' Despite Pay Gap of Millions

Anne Heche: Why Harrison Ford Is My 'Hero' Despite Pay Gap of Millions

Grateful for the job. Anne Heche knew that she had a massive pay gap with Harrison Ford on 1998’s Six Days, Seven Nights, but she still thinks of him as her “hero.”

“All the studios want you because you’re the It Girl,” Heche, 52, explained on Dear Media’s “Trading Secrets with Jason Tartick” podcast during the Monday, November 1 episode. “And when you’re fired, you’re the Not It Girl. And I became the Not It Girl.”

The Dancing With the Stars alum revealed that she lost a $10 million contract with a movie studio and was fired from several jobs once she started dating Ellen DeGeneres in 1997. After earning $800,000 for her role in Psycho, her star was on the rise, but her same-sex relationship, which ended in 2000, changed the trajectory of her career.

That meant Heche had to take whatever job she could for whatever price was offered. She was announced as part of the cast for Six Days, Seven Nights just a day before she took her relationship public, so Heche didn’t feel she had much power to negotiate her contract after the backlash started — especially since critics were actively campaigning for her role recast. 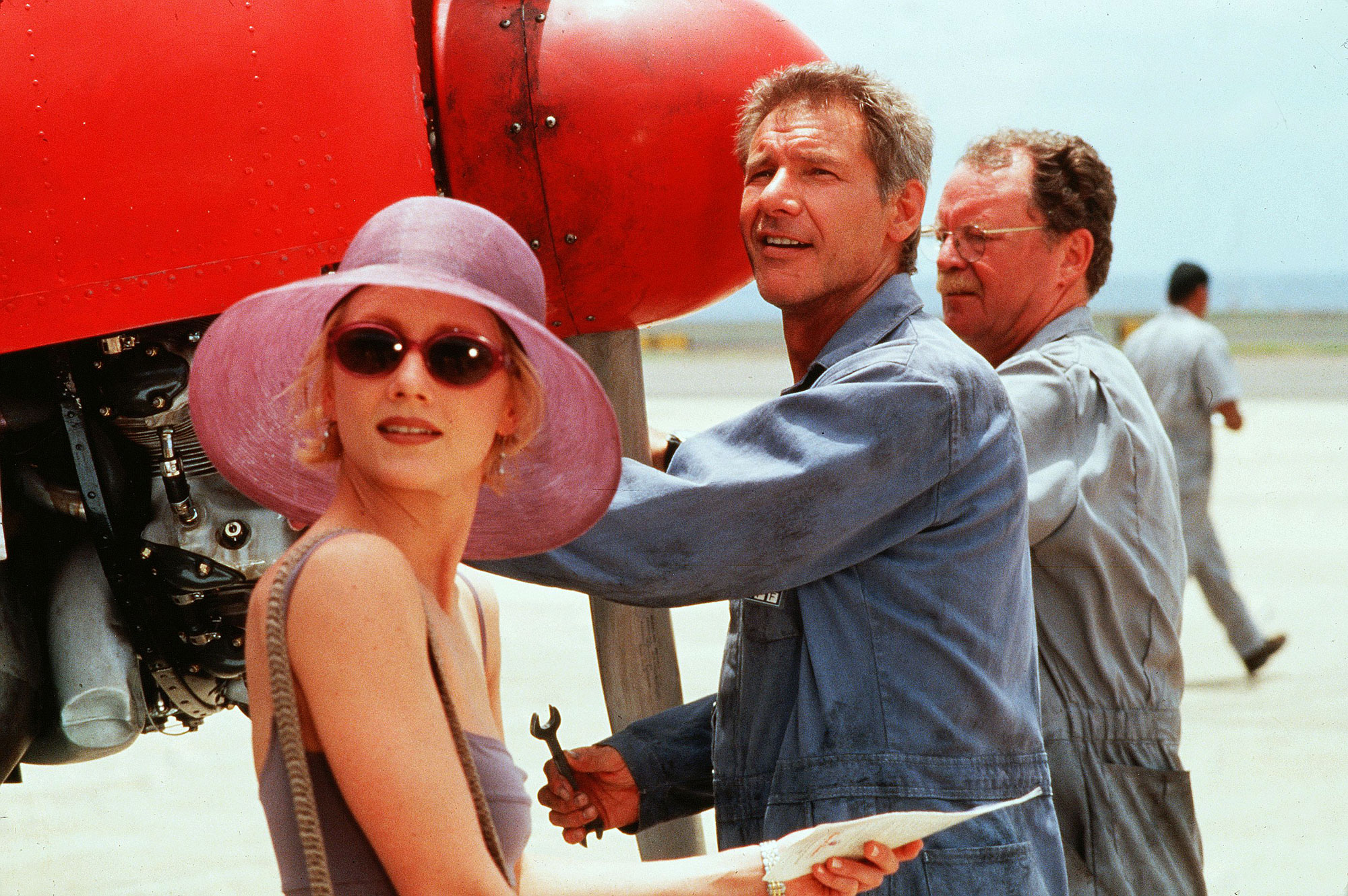 “But because everyone was like, ‘Oh, my God, Harrison said yes, so I don’t know, negotiate the deal. Just do it!’ … You are not asking for anything,” the Donnie Brasco star revealed.

She continued, “Everybody would be like all over the press is like, ‘We don’t want to hire Anne Heche. No gay girl can play a straight girl.’ I mean, it was awful.”

That’s how she ended up with a massive pay gap between her and the Star Wars veteran, now 79. “I think for Six Days, Seven Nights, I made $125,000 for four months of shooting. And Harrison made — and I know this because I used to make fun of him — He made $20 million and 12 points on the first dollar made on the movie,” she explained.

While she said she might be slightly off with those numbers, she noted the gap was massive. Still, she says she doesn’t begrudge Ford at all for earning millions more because he helped her overcome the public backlash.

“I just want to say this and the reason why I feel comfortable saying this for anybody who is listening, Harrison Ford truly is my hero. I have done an honoring to him because the truth of the matter is that I owe him my public life,” Heche told the Bachelor Nation alum.

“I owe him the opportunity to still be speaking on this level. It’s not that I wouldn’t have kept becoming and being the advocate that I am. But the platform that it gave me that — I mean, when you say ‘talk about things that are worth it’ — is worth so many more millions of dollars than anything that I could have made.”

Unlikely Celebrity Couples Over the Years

This isn’t the first time Heche has praised Ford. In October 2020, Heche explained that Ford made the call to keep her in the Six Days, Seven Nights cast.

“I would not have gotten that movie,” she told Entertainment Tonight at the time. “He called me the day after they said I wasn’t gonna get it, because I took Ellen to the [Volcano] premiere, and Harrison Ford, he was a hero. He said, ‘Frankly my dear, I don’t give a damn who you’re sleeping with. We’re gonna make the best romantic comedy there is and I’ll see ya on the set.’”