Sol Perez, who has been dubbed Argentina’s hottest weather girl, is very open about her sex life.

The blonde beauty, who has over 4.2 million followers on Instagram, also admitted she’d like “wider hips and more bum”.

Now Perez has once again exposed her sex life and shared more details on what she likes under the duvets.

“I like a guy who is passionate, someone who takes over”

During a discussion on the American television show, Controversy in the Bar, the panel were debating whether “good sex lasts between five and seven minutes”.

The curvy weather girl rushed to agree that quick sex is better, adding: “I do not like it when a man overthinks things and does not get on with it.

“I like a guy who is passionate, someone who takes over. I do not like someone who thinks too much and thinks about not coming. It won’t last long because I get bored.”

The Argentine recently caused a meltdown when she admitted she loves Latin actor, 46-year-old Diego Ramos. 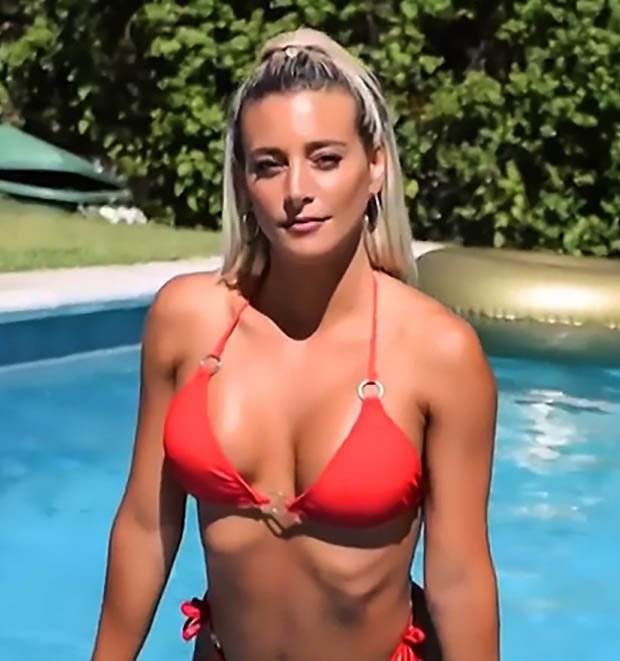 In a recent snap, the South American babe knelt on the floor as she wore a pair of knickers and white t-shirt.

Then she gave fans a better look at her curves by pulling her top up to expose some serious under-boob.

While another praised: “You’re killing me… such a beautiful woman.”