As a massive Amy Winehouse fan, the upcoming biopic makes me feel sick 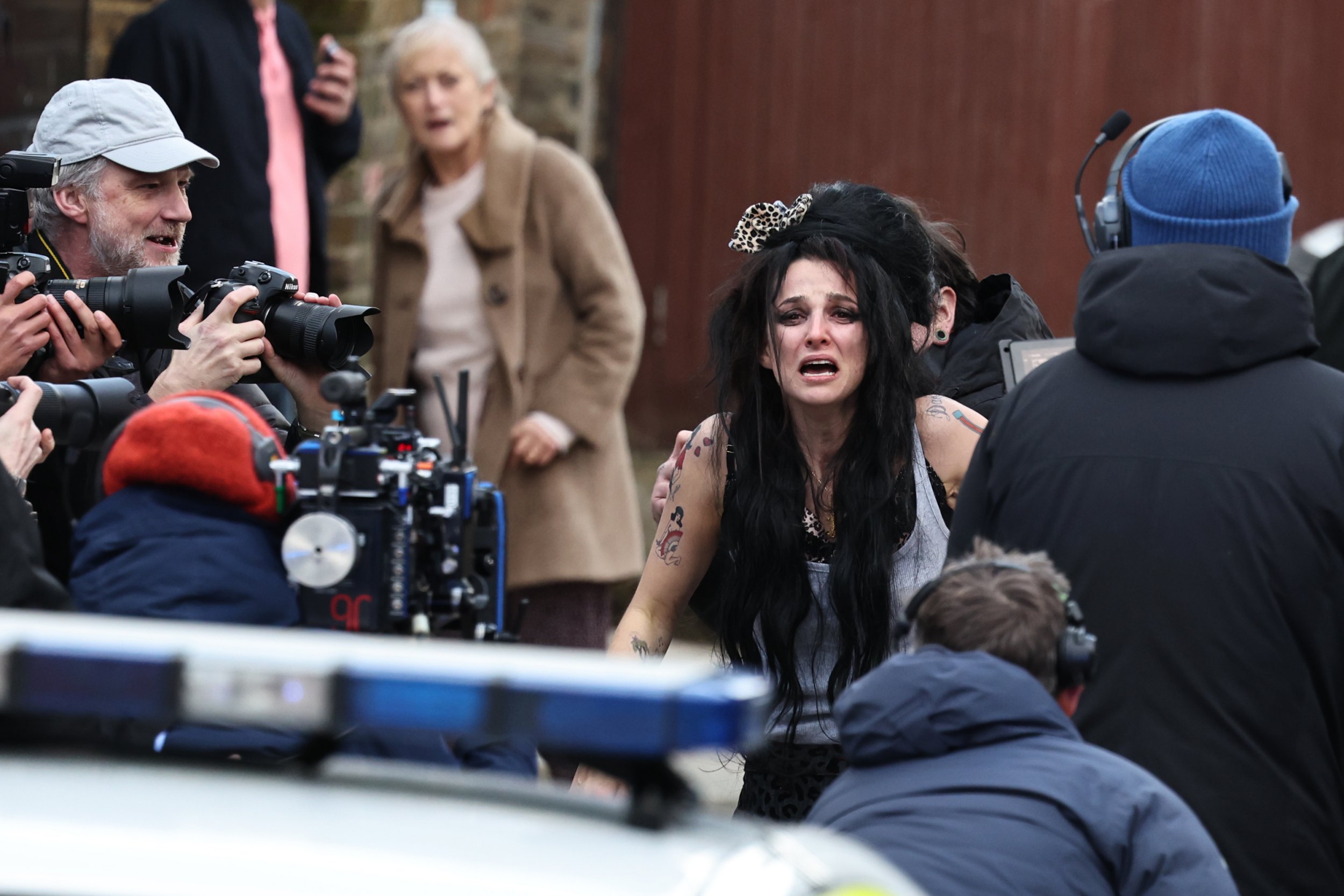 You might presume that I’d be first in line to watch Back To Black, which was confirmed at the start of this year – but this definitely isn’t true.

In fact, I don’t believe the film should be made at all.

While its intentions may be to celebrate her life and shine a light on her personal struggles, all I see is an attempt to exploit the story of someone who was very vulnerable in life and whose legacy remains vulnerable today.

I was only 11 when Winehouse died, but I have vivid memories of growing up with her music.

She was my mum’s favourite singer, and still is. I was too young to truly understand the level of her fame and talent, but I knew she was something special and her death was a great loss.

That unmistakable voice sent me into a trance and now, at 23, her music lives on in my household. I own four different vinyl versions of the Back to Black album alone. The magic of Winehouse on a record player is something that can’t be put into words.

But as much as I love Amy, I don’t think I will love the film being made about her life.

Industry actress Marissa Abela was recently announced as the lead star for the biopic, Eddie Marson will play her father, Mitch, while Skins star Jack O’Connell is set to portray Blake Fielder-Civil, the singer’s ex.

There’s no denying that the wardrobe and make-up teams have done their research, as Abela definitely looks the part, with Winehouse’s iconic beehive, dramatic eyeliner, gold hoop earrings, lip piercing, and tattoos.

However, when I look at photos of Abela on set, I don’t see someone paying homage to a star they love. I see someone doing an impression. No matter how brilliant an actress she is, she’s not Amy.

I’ve never felt comfortable watching biopics of those who have died recently given that no actor today, no matter how many Oscars they have, could ever come close to the real thing.

I hate it when celebrities are labelled ‘troubled’ or ‘tragic’ stars after they die. It’s degrading. And there was so much more to Winehouse than that, to the point where referring to her as Winehouse feels uncomfortable. For many of us, she was just Amy.

She had a killer voice, a quirky style, a witty sense of humour, and the most infectious laugh.

Who could forget her telling Denise Van Outen ‘It was a piece of s**t, you look fit though,’ after her performance at the Brits in 2008?

Or when Kelly Osbourne asked if she saw herself as a sex symbol and Winehouse replied: ‘Only to gays.’

But there’s no denying that she had her demons.

Therefore, seeing her life played out by someone who – I assume – did not know her on the silver screen feels wrong.

I don’t like knowing that this most likely multi-million-pound project will only continue to line the pockets of those in an industry that I feel may only have cared for Amy as a product, not as a human being.

Winehouse died from alcohol poisoning in 2011 at the age of 27. Prior to this though, her battles with addiction played out on the covers of magazines and newspapers on a daily basis.

She was followed by paparazzi relentlessly. Everyday conversations focused on lacklustre performances in her weakest moments and she was continually associated with her addictions. The fact that she was capable of greatness when sober didn’t matter. Her hitting rock bottom made good gossip.

She lived her life under a microscope.

Following Winehouse’s death, attitudes have changed. Gone are the days of painting her out to be a drunk, dysfunctional, broken woman. Now, she’s a national treasure, the voice of a goddess, one in a million… if only she received such treatment while her mental health was declining and her addiction issues controlled her life.

We see it time and time again with female celebrities. They’re built up to queen-like status, readily torn down by everyone when they’re struggling, and portrayed as a damsel in distress who could’ve been saved when it’s too late.

And I don’t want to see any of that played out in a cinema. I don’t want to munch on popcorn while I watch a woman who deserved so much better unravel, and for those who loved and admired her to have to relive her trauma once more.

And while the plot of the biopic is yet to be confirmed, it’s an understatement to say I have little faith in it treating her with dignity.

‘But her family are all for it!’, you might argue, given that Winehouse’s estate have given their blessing for the Back To Black project.

Unfortunately, that doesn’t offer me any reassurance, given that her father was so involved in her career and her family has openly admitted to missing warning signs of her struggles.

Amy was so close to her parents, protective of her mum especially, but Janis herself said – in 2015 documentary Amy – that her daughter opened up about her ‘diet’ as a teen.

Amy told Janis that she would eat and throw up, but her mum didn’t think ‘that deeply of it’. Janis thought ‘it would pass’, and according to her, Amy’s dad also ‘pushed it aside’. Amy’s brother has since said her bulimia was ‘what really killed her’.

Plus, should I die tomorrow, I cannot say for certain my parents would know exactly what I’d want, let alone over a decade later.

It isn’t just Winehouse this has happened with. We see it constantly with late, great stars, whether it’s Freddie Mercury’s demise from AIDS and his internal conflict with sexuality playing out in Bohemian Rhapsody. Or Whitney Houston’s own addiction and death being reenacted in I Wanna Dance With Somebody.

We even see it today with stars still living. Take Britney Spears; how many more times will people feel entitled to create content about her life, despite never having had a conversation with her?

The documentary Framing Britney Spears was completely rebuked by the Toxic singer.

We’re obsessed with the struggles of these celebrities. We feel entitled to their trauma because they were so famous, as if they gave up a right to respect and privacy and boundaries when they entered public life.

But that’s not true.

Perhaps there’s a way to honour someone posthumously without capitalising off their pain. Perhaps there’s a tasteful way of celebrating their art without doing a terrible impersonation. But I’m yet to see it.

Winehouse’s fans feel incredibly protective over her memory. All I, and the people I speak to, want is to be able to cherish her in our own ways, and her friends certainly don’t need to be transported back to what they went through all those years ago.

So, I beg, stop digging up and sensationalising the trauma of not just Amy Winehouse, but all our stars.

Not only does a biopic feel like something she would absolutely hate (having famously said that she didn’t care what anyone thought about her) but it’s completely hypocritical for anyone to claim they want to ‘honour’ her by dramatising her addictions and putting on a wig with the assumption that it’ll tell them what went on inside her mind.

Let her rest in peace. For once, give her something she never got when she was alive.