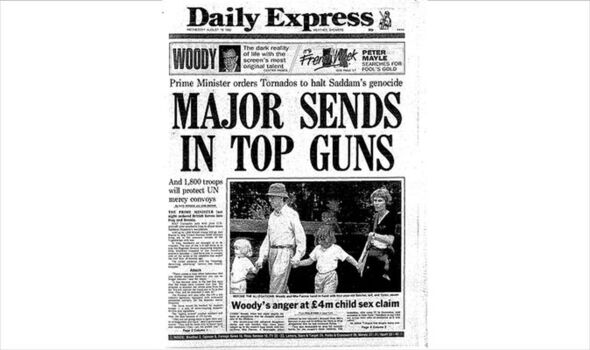 The humanitarian crisis in the Serbian detention camps shocked the world, leading to comparisons with the concentration camps of the Second World War. We said the situation demanded that Britain play a bigger role in the relief effort.

77 years ago (1945) In the aftermath of war in the Far East, the Viet Minh, a communist organisation led by Ho Chi Minh, seized power in Hanoi, Vietnam in the August Revolution.

It would trigger a sequence of events which would ultimately lead to the US becoming involved in the Vietnam War.

62 years ago (1960) A Russian military court sentenced US pilot Gary Powers to 10 years in prison after his U-2 spy plane was shot down 850 miles east of Moscow.

Powers told the court he believed his plane was flying beyond the reach of anti-aircraft guns.

He served less than two years after being released as part of a spy exchange.