The United Nations’ Intergovernmental Panel on Climate Change (IPCC) has released its sixth report on global warming, the most comprehensive of its kind, compiled by 234 international scientists. 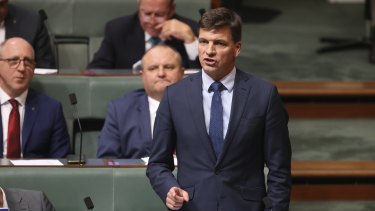 Australian National University Climate Change Institute professor Mark Howden, a contributing author to the IPCC report, said it showed with greater confidence than ever before that the world is “very unlikely to avoid 1.5 or 2 degrees of warming under the current trajectory of greenhouse emissions”.

Professor Howden told this masthead it was “increasingly clear climate change has played a significant role in extreme heat events in many regions” such as Australia’s Black Summer, a heat dome in the United States and the bushfires currently burning in Greece.

The federal government said climate change demands a coordinated global response and its policies are designed to reach net zero emissions as soon as possible by driving down the cost of low emissions technology, such as hydrogen to replace fossil fuels.

Australia faces pressure from its major trading partners to increase its emissions reduction commitments ahead of an international climate summit in Glasgow in November.

Australia has not set a deadline to reach net zero, but the federal government says it will get there as soon as possible and preferably by 2050. It is bound by the Paris Agreement to reduce emissions by at least 26 per cent by 2030.

Other wealthy nations have committed to net zero by 2050 and many have set targets to halve emissions by 2030.

“Our technology-led approach to reducing emissions will see Australia continue to play its part in the global effort to combat climate change without compromising our economy or jobs,” Mr Taylor said.

Prime Minister Scott Morrison said in Parliament on Monday that his government was seeking to reach net zero as soon as possible and it was committed to reducing emissions by “technology not taxes”.

Labor climate change and energy spokesman Chris Bowen said the IPCC projections provided “yet more evidence of the costs of inaction” and strong emissions reduction targets presented a job opportunity in the development of new technologies.

“The bare minimum is to join all of our states and territories, all leading business, industry and agricultural groups in a commitment to net zero emissions by 2050,” Mr Bowen said.

Greens leader Adam Bandt criticised both Labor and the Coalition for not committing to more ambitious near-term emissions reduction targets, as most wealthy nations have done in recent months.

“After this report, failure to lift 2030 targets is criminal negligence,” Mr Bandt said. “Exceeding 1.5 degrees of warming means that we will lose the Great Barrier Reef, have widespread and sustained drought, more extreme weather events, and catastrophic bushfires will become the norm.”