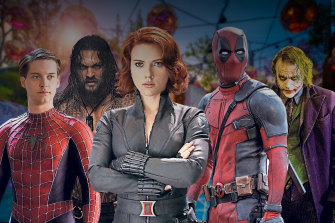 After being delayed for more than a year during the pandemic, Australian director Cate Shortland’s Black Widow opened both in cinemas – outside the Sydney lockdown – and on streaming service Disney + this week.

Analysis of Numero box office statistics shows it is the 74th comic book superhero movie in cinemas in less than 20 years. And Australians have spent a phenomenal $1.6 billion buying tickets. 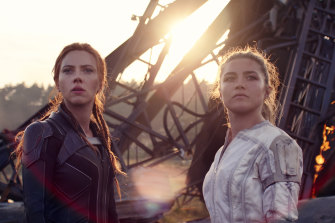 This masthead took Numero’s box office takings for all these movies and adjusted them for inflation to compare their popularity over two decades.

It showed Australian cinema-goers spent the equivalent of $1.8 billion in current dollars – more than the entire national box office for the past two years.

Before simultaneous streaming releases makes analysing box office less meaningful, here is a look at the impact of superheroes at the movies.

What was Scorsese’s problem?

The great American director believes cinema is about “revelation, mystery and genuine emotional danger” but nothing is at risk in superhero movies.

“The pictures are made to satisfy a specific set of demands and they are designed as variations on a finite number of themes,” he wrote in 2019. “They are sequels in name but they are remakes in spirit, and everything in them is officially sanctioned because it can’t really be any other way. 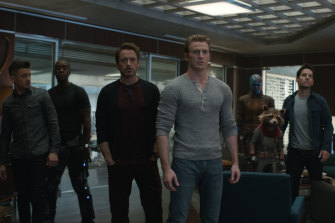 While it is hard to argue given Hollywood is essentially telling and retelling stories about mythical heroes overcoming villains, the best comic book movies have something to say about the world (Black Panther, Logan, Joker, The Dark Knight) and break ground in cinema (Wonder Woman), while others play off the conventions (Thor: Ragnarok, Deadpool).

So who is Australia’s favourite superhero?

That has meant Chris Hemsworth has been Thor in eight movies, for instance. But Robert Downey Jr as Iron Man, Chris Evans as Captain America and Samuel L. Jackson as Nick Fury have all been in 11 movies.

The country’s highest-grossing comic book movies are Avengers: Endgame, Avengers: Infinity War and The Avengers. By that measure, the collective Avengers are the country’s most popular superheroes.

But Spider-Man has kept selling tickets by himself.

As well as appearing in two other Marvel movies, the character has had eight of his own – three with Tobey Maguire, two with Andrew Garfield, two with Tom Holland (with a third on the way) and the animated Spider-Man: Into The Spider-Verse.

While the most beloved superhero is arguably the late Chadwick Boseman as Black Panther, nobody has appeared in more of these movies than comic creator Stan Lee. He has reportedly had 37 cameos in Marvel movies. 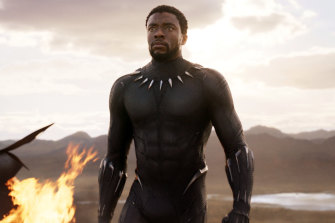 Ryan Reynolds has succeeded with Deadpool but bombed spectacularly with the big-budget Green Lantern (2011). There was no sequel.

Is there a future in cinemas?

While Black Widow follows Wonder Woman 1984 in having a simultaneous streaming release, Cate Shortland says Marvel Studios president Kevin Feige advocated during the pandemic for the blockbuster to screen in cinemas rather than going straight to Disney +. 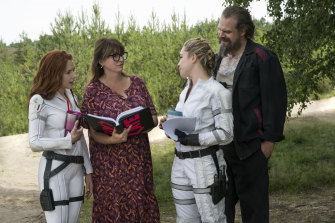 “I hope people get to see it in the cinema if they can see it safely because it’s a big screen movie,” she says.

When will they end?

Too many climactic battles with zero emotional impact. Too many movies. Too much confusion about what went on when. Superheroes spreading to streaming services. SE – superhero exhaustion – is the risk for studios.

Black Widow is just the first of six comic book movies rolling out before the end of the year, followed by The Suicide Squad, Shang Chi and the Legend of the Ten Rings, Venom: Let There Be Carnage, Eternals and Spider-Man: No Way Home.

While superheroes keep drawing invested audiences, studios will keep making them. But the need to keep them fresh means calling on a wider range of directors, including more women. It also means broadening the range of characters, including more defenders of the earth from different cultural backgrounds, more women and more LGBTQ superheroes.

There will come a time when enough is enough … but not just yet.

Are, assemble!, Au, Avengers, who
Celebrities