Bloomin’ heck! Plants can see, hear and CHAT… so is this proof Prince Charles was right all along?

Could your tomatoes be aware of their surroundings? Might the shrubs be gossiping with the pot plants? Can a tree lean in to eavesdrop?

It sounds like a nightmare only Prince Charles would suffer.

But plants are brighter than we think. Scientists are discovering more all the time about their ability to ‘hear’, ‘talk’, ‘count’, ‘remember’, spot ‘regional accents’ and even size up opponents.

Some of their jaw-dropping abilities were revealed in yesterday’s Mail.

Professor Umberto Castiello, a neuroscientist at the University of Padua, pointed out that Venus flytraps appear to be numerate. 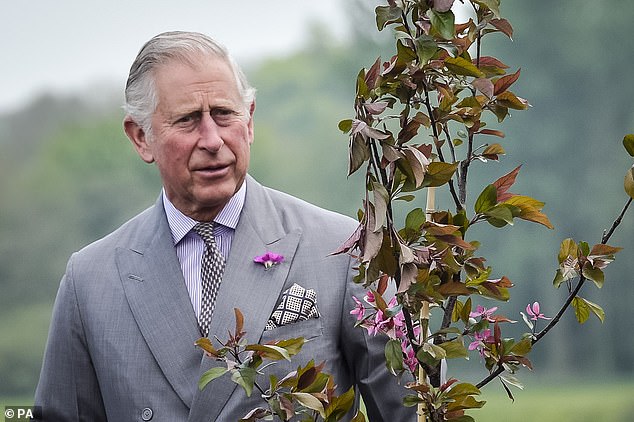 Could your tomatoes be aware of their surroundings? Might the shrubs be gossiping with the pot plants? It sounds like a nightmare only Prince Charles would suffer, writes John Naish

The bug-killing plants seem to ‘count’ the number of steps their prey take, trapping insects only when one triggers the plant’s sensors twice within 20 seconds, as reported in the Journal of Comparative Psychology.

But that’s not all. Plants and trees, it emerges, can do some truly wise and extraordinary things…

Certain climbing plants can ‘see’ like sonar-equipped bats, some scientists say. By making their cells vibrate, the plants cause a sound to be emitted and then detect the echoes that come back. This enables them to find new wall and tree-scaling opportunities.

And young chilli plants determine if it is safe to grow by sensing whether their neighbours are friendly or hostile.

Dr Monica Gagliano, an evolutionary biologist at the University of Western Australia, has shown how chilli seedlings grow more willingly next to basil plants. Having basil nearby is beneficial because the herb inhibits weeds and pests. Chilli cells detect the presence of basil close by and grow more readily when it does.

Plants such as tomatoes and blueberries ‘hear’ or sense the vibrations from the buzzing of an approaching bee and release pollen to lure the insects. 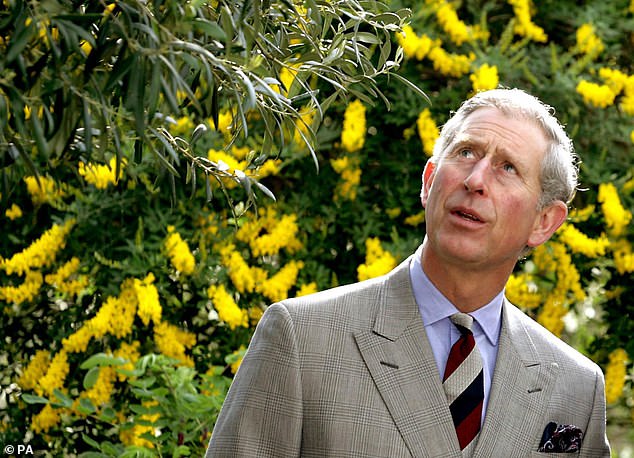 Plants don’t just listen. They may also ‘talk’. Garden pea plants with roots that tend to dry up can ‘warn’ fellow peas of drought by sending chemical distress signals through the ground. Fellow plants interpret these signals, then close their leaves to prevent water loss.

But only older plants respond efficiently to the hormonal warnings, says Professor Ariel Novoplansky, a desert ecologist at Ben-Gurion University in Israel.

He claims this shows older plants use the experience of previous droughts and ‘demonstrate the ability of plants to learn, remember and respond to environmental challenges in ways known in complex creatures with a central nervous system’.

The Canada goldenrod plant can ‘smell’ approaching insects that want to eat it, in time to unleash chemical-warfare defences — and all without the benefit of a nose or brain.

When the plant detects chemicals from its predator, the goldenrod gall fly, it floods its leaves with a hormone called jasmonic acid. This upsets the insects’ digestive juices, so the gall flies find the leaves indigestible. They move on to attack less ingenious plants.

By using their defences only when attacks are imminent, the plants save their energy when gall flies are not around, say Penn State University biologists.

Entomologists at the University of California, Davis, found that sagebrush shrubs release chemical alerts into the air when grasshoppers start to nibble them.

This prompts fellow sagebrushes to release chemicals into their leaves that render them inedible.

But sagebrushes won’t ‘listen’ to any old warning. The exact chemical make-up of the warning signals varies from area to area — a bit like a local accent.

Experiments have shown that if a sagebrush receives a warning from a plant that shares its ‘dialect’, it will fill its leaves with stronger defence chemicals than if it receives a chemical warning with a different ‘accent’, which it largely ignores.

Shrub snobbery, in other words.

Some insect-killing plants have evolved into bed-and-breakfasts for mammals, in return for their waste.

Tropical pitcher plants usually lure insects to their death into their gourd-like flowers, where they digest the bugs’ as protein.

But one tropical pitcher species, the Nepenthes lowii, which grows in Borneo, offers tasty treats to passing tree shrews.

The plant doesn’t eat the shrews. The little creatures perch on the pitcher and lick sugary juice from its rim. While they are feeding, their waste falls into the plant.

These droppings, which are rich in nitrogen, gives the plant all the nourishing fertiliser it needs, say biologists from Royal Roads University, in Canada.

In an even more extreme example of plant-mammal symbiosis, the pitcher plant Nepenthes hemsleyana, which also grows in Borneo, has evolved itself into a kind of bat hotel.

Its pitchers are four times longer than those of its closest relatives. They are useless for catching insects, but the perfect shape for bats to roost safely in.

Once again, the pitcher profits from its guests’ waste.

The European cinquefoil creepers chooses when to do battle and when to run by ‘seeing’ rival plants’ leaves.

The light reflected from neighbouring plants’ leaves helps its cells determine how tall and dense — and thus formidable — those neighbours are, according to German researchers.

The cinquefoil then ‘decides’ if it can win a fight with the rival, whether the two can manage to live side by side — or if the neighbour is such a terrifying bully that they should creep off in the opposite direction.

Biologists at the University of Tubingen, in Germany, say the plants can ‘integrate complex information about their environment and respond to it in an optimal way’.

Trees can nourish each other through billions of gossamer-fine tubes — hyphae — that are created by fungi around their roots.

These networks allow trees as far as 60ft apart to collaborate.

They allow ‘mother’ trees to feed saplings with carbon, nitrogen and water as they struggle in the shade beneath high canopies.

While the mother trees feed saplings of all species, they feed rather more to saplings of their own species — and give the most food to those that are close relations.

Like the Ents in J.R.R. Tolkien’s epic Lord Of The Rings saga, palm trees living in the forests of Ecuador may actually ‘walk’ —albeit very slowly.

The Socratea exorrhiza palm has an unusual root system. Its trunk splits into many small roots a few feet off the ground, giving it the appearance of having many legs.

Dr Peter Vrsansky, a palaeo-biologist from the Slovak Academy of Sciences, in Bratislava, claims to have seen the trees using these ‘legs’ to move from shade into sunlight.

But this is dismissed by Gerardo Avalos, the head of the Centre for Sustainable Development Studies, in Costa Rica.

He claims the ‘walking’ tree theory is ‘just a myth that tour guides find amusing to tell visitors to the rainforest’.