Boris Johnson is so wrong about scrapping the sugar tax – as any despairing mum like me could tell him, writes CAMILLA CAVENDISH

Ten years ago, I would probably have agreed with Boris Johnson. On the campaign trail this week, the would-be Prime Minister vowed to review what he called ‘sin stealth taxes’ — in particular, the sugar tax currently levied on some fizzy drinks.

Boris argues that such taxes hit the poorest hardest. Instead, he insists, people should be encouraged ‘to walk, cycle and generally do more exercise’.

I’m not keen on what he called ‘the nanny state’ myself, so I understand his view.

I opposed the 2006 ban on smoking in public places and I’ve even argued for the legalisation of certain drugs, believing that those who take them are exercising a personal choice and that it is not an area in which the state should get involved.

But on food and drink, I’ve travelled a long way from being the cheery libertarian I was a few years ago.

In 2015, the then Prime Minister David Cameron hired me to head his Policy Unit in Downing Street. I argued strongly for the sugar levy on fizzy drinks that we announced in 2016 and which became law last year. 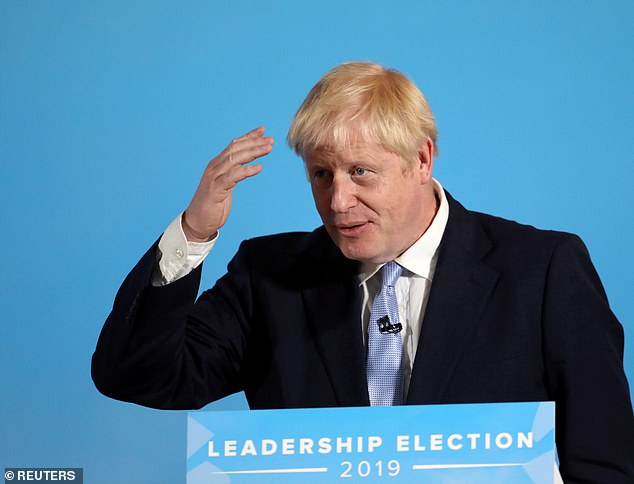 Ten years ago, I would probably have agreed with Boris Johnson. On the campaign trail this week, the would-be Prime Minister vowed to review what he called ‘sin stealth taxes’ — in particular, the sugar tax currently levied on some fizzy drinks

Why did I change my mind? Essentially, I came to believe that our freedom to choose how much sugar, salt and fat we eat has been eroded by a junk-food industry pushing cheap and harmful ingredients, especially onto children growing up in low-income households.

The point of the sugar tax was not to raise revenue for the Exchequer. It was to encourage manufacturers to reduce the amount of sugar in each can.

Critics of the tax have scoffed that it has brought in less than half the £520 million in revenue we originally forecast. Normally, that would, indeed, have been a failure of government policy. But in this case, it shows the tax is working.

Sugar, I’ve learnt, represents a devastating public health crisis and we need to fight it with all the tools we’ve got.

The scale of the problem is horrific. One in ten children is now obese when they start primary school, one in five is obese by the time they leave and one in three is overweight.

If I go right back, I can see that my journey towards ‘health fascism’ — as one of Mr Cameron’s advisors insisted on calling it — probably began years before I entered Downing Street. It started in 2002 when I became a parent.

Trips to the supermarket soon became a minefield as I struggled to resist ‘pester power’. When I looked at the labels, I couldn’t believe how much rubbish was contained even in basic staples such as bread, yoghurt and supposedly healthy ‘fruit drinks’.

If we stayed in a hotel, there would inevitably be Coco Pops in the morning, and my sons could not resist.

I was also seeing the horrific effects of obesity, both as a journalist with an interest in the NHS and as a board member of the hospital regulator the Care Quality Commission.

I visited hospitals that were being forced to order new beds to accommodate super-sized patients whose illnesses might have been avoided. I will never forget a harrowing conversation I had with a sobbing teenage girl with type 2 diabetes, who had been told she needed to have her foot amputated.

The number of Brits with type 2 diabetes has doubled in 20 years, and treating it now accounts for almost 9 per cent of the NHS budget: about £8.8 billion a year, or £1 million an hour. Eighty per cent of that spending goes on managing complications of a disease that could have been prevented simply by a better diet.

Many doctors despair that, thanks to the maladies of our overweight society, today’s children could be the first generation to die earlier than their parents.

As the American doctor and childhood obesity specialist Robert Lustig has argued, sugar is highly addictive, affecting the same hormonal pathways as nicotine. That explains why so many of us never lose weight eating ‘low-fat’ foods, which are often stuffed with refined carbohydrates and sugar.

These ingredients often create spikes in blood sugar levels. When these fall, they lead, in turn, to addictive cravings for more.

The health consequences of this sugary rollercoaster include insulin resistance, type 2 diabetes, heart disease and obesity. The psychological consequences, meanwhile, can be lifelong: we find it very hard — if not impossible — to wean ourselves off junk food.

I recognise that a sugar tax is not a silver bullet. Studies around the world suggest that you have to do many things to tackle obesity: improving school lunches, teaching cooking to children and adults, introducing cycle lanes in towns and cities and restricting junk food advertising can all help. 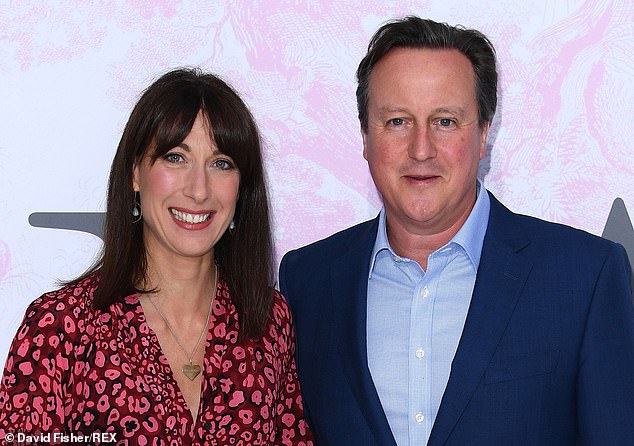 If I go right back, I can see that my journey towards ‘health fascism’ — as one of Mr Cameron’s advisors insisted on calling it — probably began years before I entered Downing Street. It started in 2002 when I became a parent

And government shouldn’t be providing all the solutions. Dance classes are attracting pensioners who enjoy the companionship and want to remain active. For children, one brilliant initiative has been The Daily Mile — getting pupils out of the classroom every day to walk or jog a mile.

But studies also suggest that simply exhorting people to exercise more or eat better, as Boris Johnson has done, doesn’t work that well.

Not only do advertisers spend millions exploiting our evolution-honed cravings for sugar, salt and fat, but many of us are often terrible at following health advice, especially when we’re tired or feeling down.

That’s why changing ingredients in processed food must be part of the solution.

Back in 2016, we targeted fizzy drinks because we recognised that it’s easier to isolate the sugar in them than in food; and because British teenagers were getting disproportionate amounts of their calorie intake from drinks — more than anywhere else in Europe.

Announcing the measure, Chancellor George Osborne gave companies two years to respond. Many did so magnificently. Ribena, for example, halved the amount of sugar in its drinks, while AG Barr halved the sugar in Irn-Bru.

These measures have been so impressive that I firmly support new proposals by Matt Hancock, the Health Secretary and a Boris supporter, to extend the tax to high-sugar milkshakes.

The more sugar we can ‘nudge’ people (especially children) away from, the more money eventually saved for our NHS.

In the end, of course, it’s still up to individuals what they buy. But the fact is that obesity is making some of us old before our time.

Of course, critics legitimately ask whether it’s fair to tax people’s free choices in a liberal society. But I would argue that many people are being offered only false choices between different kinds of junk.

The real unfairness would be to do nothing.

Camilla Cavendish is an FT columnist and the author of Extra Time: 10 Lessons for an Ageing World (Harper Collins).