Brandi Glanville is on the outs with another “Real Housewives of Beverly Hills” star.

The former “Housewife,” 48, revealed during Wednesday’s episode of “Bravo’s Chat Room” that she is not on speaking terms with her former bestie Kim Richards at the moment.

“The hot tub fight, it literally was like, ‘Where are the cameras?’ She was drowning me. But, we were having fun,” she alleged.

However, “Entertainment Tonight” reported that the incident went down a little differently than Glanville remembered.

A source told the outlet that Glanville and Richards, 56, found themselves in a situation that “turned into a bit of a vicious fight, but all in good fun” over a year ago. The source also noted that the hot tub was only filled with about two feet of water, so Richards couldn’t possibly have tried to drown Glanville.

It still remains unclear what the women fought over. 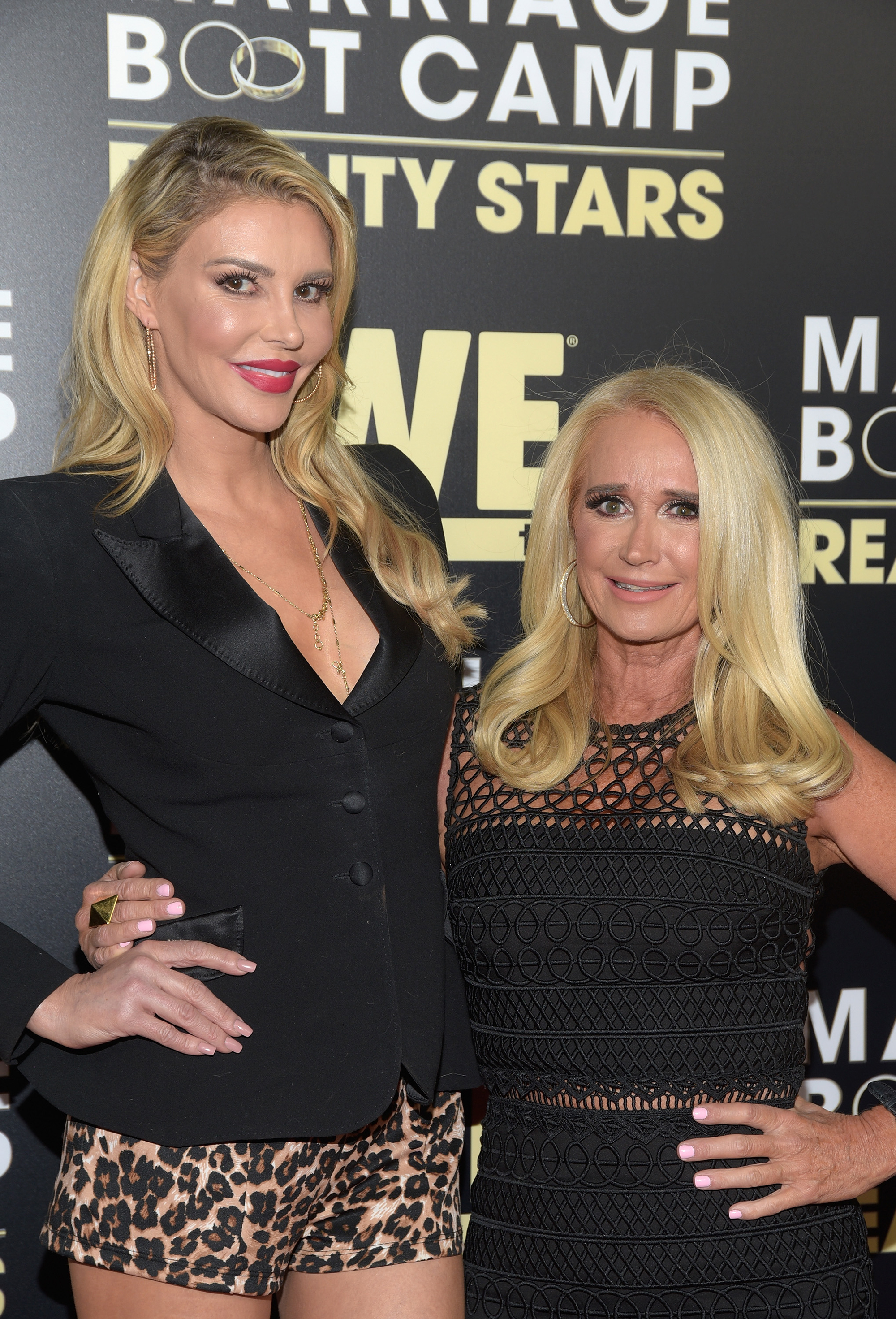 Then, in April, Glanville told “ET” that she had not talked to Richards since New Year’s Eve.

“I saw the promo for ‘Housewives’ where [Kathy Hilton] said [Richards] changed her number. I don’t know if that’s the case. I texted her, I emailed her,” she said at the time. “Nothing happened to have us not be talking.”

She added, “It’s depressing and I talked to Kyle [Richards, Kim and Hilton’s sister] about it, and, you know, Kyle is not that close to her either. So she’s like, ‘I don’t know what to tell you. You’ve been such a great friend to her. I don’t know what’s going on with her.’ So, it’s sad because I do love her.”