Britney Spears has finally broken her silence about a documentary on her career and conservatorship, which premiered last month on Hulu. In an Instagram post Tuesday night, the pop star revealed she was “embarrassed” by the documentary and “cried for two weeks” because of it.

After the premiere of “Framing Britney Spears,” which was produced by The New York Times and chronicles Spears’ rise to fame, treatment in the media, mental health issues and subsequent financial  conservatorship, Spears continued to post on social media but didn’t directly address it. On Tuesday, she posted a video of herself dancing, which is the usual type of content she shares — but this post was different than others.

“My life has always been very speculated … watched … and judged really my whole life,” Spears wrote in the caption. She said for her sanity, she needs to dance to Steven Tyler every night, as she is in the video.

“I have been exposed my whole life performing in front of people… It takes a lot of strength to TRUST the universe with your real vulnerability cause I’ve always been so judged… insulted… and embarrassed by the media… and I still am till this day,” she wrote. “As the world keeps on turning and life goes on we still remain so fragile and sensitive as people !!!”

“I didn’t watch the documentary but from what I did see of it I was embarrassed by the light they put me in,” she continued. “I cried for two weeks and well …. I still cry sometimes !!!!”

Spears wrote that she does what she can with her spirituality and with herself “to try and keep my own joy … love … and happiness,” adding that dancing brings her joy. “I’m not here to be perfect … perfect is boring … I’m here to pass on kindness.”

In the documentary, Spears’ father, Jamie Spears, is painted in a negative light as the controlling conservator who oversees her finances and career. The singer’s father was appointed her conservator in 2008 and recently became co-conservator of her finances when a Los Angeles Superior Court judge appointed the Bessemer Trust Co. to share those duties with him. 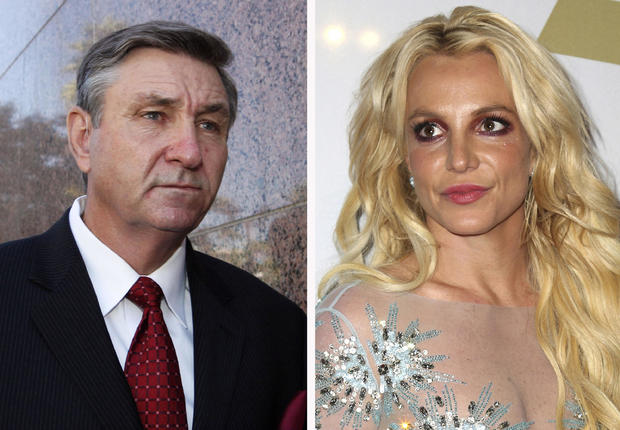 After the documentary aired, Spears’ boyfriend, Sam Asghari, turned to Instagram to speak publicly about Spears’ father, writing: “Now it’s important for people to understand that I have zero respect for someone trying to control our relationship and constantly throwing obstacles our way. In my opinion Jamie [Spears] is a total d**k.”

Many other celebrities and viewers of the show posted about sympathizing with Britney and expressed dismay at how she has been treated in the media over the years. Many used the “Free Britney” hashtag — shorthand for a movement that has aimed to raise awareness of what fans believe is an unfair and unnecessarily controlling conservatorship.

Spears has been fighting in court to transfer the conservatorship away from her father. However, Jamie Spears’ legal team has argued that his guidance is working. His attorneys have said that under his management, the pop star’s estate went from being in debt to having a valuation of more than $60 million.

In February, Judge Brenda Penny ordered Jamie Spears and Bessemer Trust to work together on a budget and investment plan for the singer.