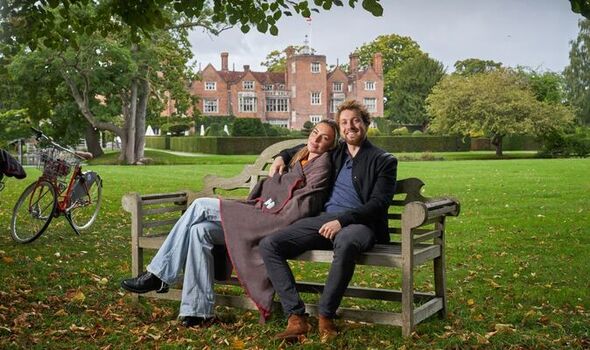 And over a quarter (26 percent) admit they have had a seasonal partner before.

And the average singleton will test their prospective partner out for up to 20 days before deciding whether they are a keeper or not.

The research was commissioned by Hotels.com, which has teamed up with former Love Islanders Sam Thompson and Zara McDermott.

The duo will become “hotel matchmakers” and send five new couples off on a 24-hour relationship test-run at a romantic countryside hotel, to see if their new partnership will make it through winter.

Spokeswoman Emma Tagg said: “Cuffing season is the time where single people begin looking for short term “situationships” to pass the colder months of the year.

“It’s surprising to see so many admit to having had a seasonal partner before, and even more surprising that more than a third have agreed in advance when they would break up with their other half.

“Whether it’s fine dining in Devon or a spa in Suffolk, there are plenty of getaways ideal to help couples find their perfect somewhere to test-run their blossoming romance.”

The study also found nearly a third (31 percent) of singletons don’t like going out in colder months, and want a partner to encourage them to stay in.

And 27 percent feel after a “summer of flings”, it’s time to settle down and get serious with someone this winter.

A crafty one in five (19 percent) know that Valentine’s Day is right around the corner in February, and want to be in a solid relationship by then.

And another 18 percent enjoy cosy comfort foods even more over winter if they’ve got someone to share them with.

It also emerged nearly half (45 percent) consider a cosy getaway with a new partner a great time to fully suss them out and get to know the real them.

But on average, singletons reckon a holiday together shouldn’t come until nearly six months into the relationship.

And 39 percent think a trip during autumn or winter is often more romantic and cosier than a summer getaway, with the Lake District coming out on top as the perfect location for a romantic UK trip.

Nearly half (49 percent) put this down to being generally less busy, so you can spend quality time together, closely followed by being able to keep each other warm (48 percent).

And four in ten enjoy snuggling by the fire, while 32 percent take advantage of frosty walks to cuddle up together.

Zara McDermott, who is one half of the match-making couple inviting others to test out their relationship by entering the Hotels.com competition, said: “New relationships are exciting at any time of year, but there is so much that’s great about coupling up over the winter season.

“You can snuggle on the sofa, go on romantic walks and weekends away, the list is endless.

“We love a movie night in when it’s cold outside, where you can get cosy in front of the fire – although Sam still loves an ice cream, even in winter.”

Sam Thompson added: “Surprisingly, 60 percent have never been on a couple’s holiday before – and what better time to try it out for the first time, than a free romantic countryside break.”