She made it nice! The Real Housewives are back for season 2 of Ultimate Girls Trip, and this time, they’re headed to a very familiar location: Dorinda Medley‘s Berkshires house.

Former ‘RHONY’ Stars: Where Are They Now?

“Bluestone Manor is a very special place,” the Real Housewives of New York City alum, 57, says of her Massachusetts home during the series’ first trailer, which debuted on Wednesday, May 4. “If you enter those doors, something happens.” 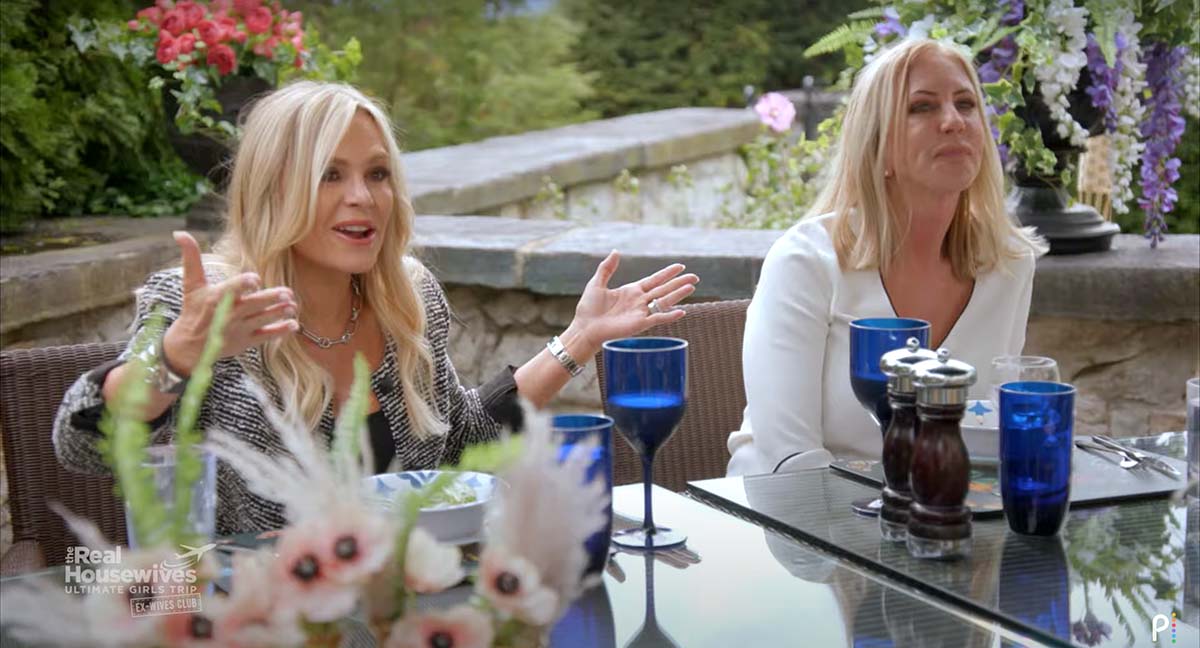 That “something” seems to be a lot of drama, which the first teaser has in spades. “There’s a lot of conflict going on with eight women,” Vicki Gunvalson tells the group at one point. Eva Marcille replies, “The only conflict is you.”

In addition to Dorinda, Vicki, 60, and Eva, 37, the upcoming season includes Phaedra Parks, Jill Zarin, Tamra Judge, Taylor Armstrong and Brandi Glanville. As Eva points out early on, the entire cast is no longer on any of their respective shows, leading the ladies to dub themselves “the ex-wives club.”

Biggest ‘Real Housewives’ Feuds Ever — And Where the Relationships Stand Today

The teaser is less than three minutes long, but that brief amount of time includes a hot-air balloon ride, a naked party, a pajama party and multiple accusations of lying. “These women are nuts!” Phaedra, 48, exclaims in a confessional interview.

While the new season of Ultimate Girls Trip brings together alums from New York City, Atlanta, Orange County and Beverly Hills for the first time, Bravo viewers will recognize Dorinda’s country house from seasons 9 and 12 of RHONY. The Make It Nice author has repeatedly invited her fellow cast members to the home for some peace and quiet, but in true Housewives fashion, things always take a turn for the dramatic.

In season 12, for example, Leah McSweeney and Luann de Lesseps made out off camera, and Dorinda called the Class With the Countess author, 56, a “drunken fool.” It’s no wonder then that the Housewives have started referring to the town of Great Barrington, Massachusetts, as “the Berserkshires.”

Earlier this year, Dorinda promised that the second season of Ultimate Girls Trip won’t disappoint fans. “You’re gonna love it,” she told Us Weekly in March. “We’re not gonna let you down, that’s for sure. It’s very old-school in a weird way.”

Former ‘RHOC’ Stars: Where Are They Now?

The Massachusetts native went on to say that she was surprised by the “intensity” of the trip, even as the host. “It’s almost like being in college,” she explained. “You form a special bond that no one ever understands. Even when you fight terribly, we’re a family in a weird way, and everybody came out of it.”