Camille Grammer: Kyle Richards told me in 2019 Tom Girardi was in trouble

Camille Grammer: I heard Erika Jayne rumors from a ‘Housewife’ in 2019

“To set the record straight it was Kyle who told me Tom was in trouble during @Andy baby shower,” the “Real Housewives of Beverly Hills” alum, 53, tweeted Tuesday.

“I was surprised that Kyle was acting chummy chummy with Erika,” she added. “Erika even when [sic] on to call Kyle the Queen of #RHOBH Crazy rt [sic]?!?!”

Grammer’s tweet comes after Richards, 52, denied on “Watch What Happens Live with Andy Cohen” a claim by ex-pal Lisa Vanderpump that she was to blame for the hearsay.

“One could argue perhaps that maybe her memory is fading along with her relevance,” the “Halloween” actress said while mocking Vanderpump’s British accent. “Because she wasn’t even at the baby shower.”

She added, “I mean, Andy, I mean, I would never say something like this, ever.”

Vanderpump, 61, responded to Richards’ denial by retweeting a fan who captioned the clip, “Doesn’t the saying go that people who are good liars use jokes to deflect? Good job Kyle we believe you did start the rumors.”

A source previously confirmed to Page Six that Vanderpump didn’t attend Cohen’s star-studded bash for his now-2-year-old son, Ben — and noted that her story about Richards didn’t “seem to add up.” 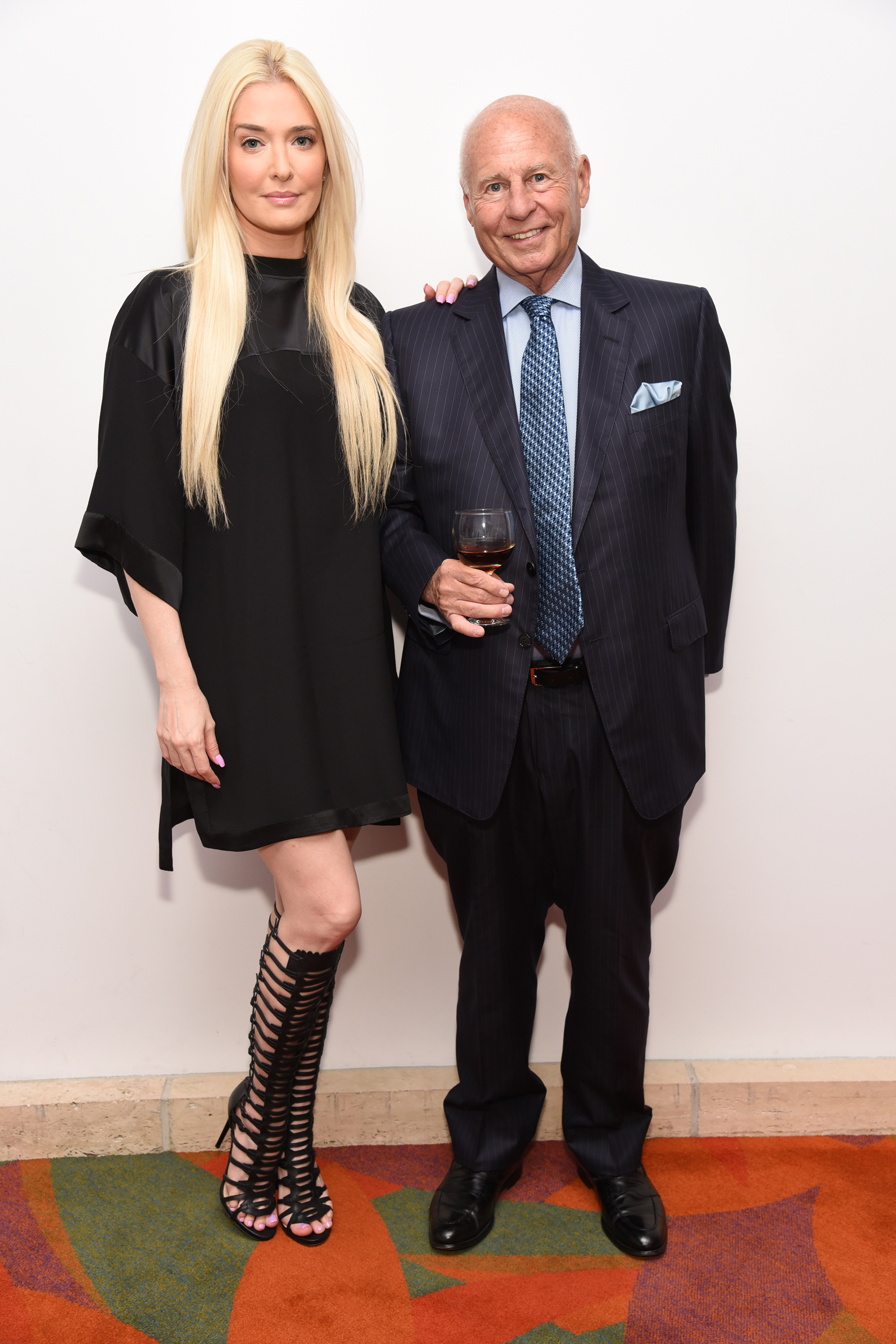 Online speculation about Richards being the gossiper began last month after Grammer claimed via Twitter that a West Coast-based “Housewife” and “good friend” of Jayne had circulated stories about the now-embattled Bravolebrity and her estranged husband.

Page Six has reached out to a rep for Richards for comment.

Jayne, 50, was recently sued over allegations that her lavish lifestyle and music career were funded with money from Girardi’s former law firm, Girardi Keese. She has also been accused of using her November 2020 divorce filing to hide assets from victims of Lion Air Flight 610 who were represented by the disgraced attorney, 82.

Jayne has denied having any knowledge of Girardi’s alleged financial wrongdoings.

“The Real Housewives of Beverly Hills” airs Wednesdays at 8 p.m. ET on Bravo.