In the second annual virtual event for DC Comics devotees, stars from across the movies, TV shows and comics came together to deliver breaking news and drop new content. Pattinson, 35, and Kravitz, 32, were on hand with director Matt Reeves to debut the new trailer for The Batman.

“Fear is a tool,” Pattinson says in Bruce Wayne’s American accent. “When that light goes up in the sky, it’s not just a call. It’s a warning.”

The trailer highlighted his relationship with Kravitz’s Catwoman, AKA Selina Kyle. “I can take care of myself,” she promises the young superhero.

Selina appears in various disguises throughout The Batman trailer. She wears her dark hair in a pixie cut, shows off a long bob in one scene and rocks a red wig in another. Of course, it’s more exciting when her disguise is the Catwoman suit. She and Batman bond while in costume.

“Maybe we’re not so different. Who are you under there?” she asks him.

Before the preview debuted, Pattinson explained that his version is “radically different from anything we have seen in Batman movies before.”

He continued, “He’s really working out this rage. All his fights seem so personal.”

Apparently, that’s what draws Bruce to Selina, even as he withdraws from everyone else around him. “Catwoman really wants to fight for those who don’t have someone else to fight for them,” Kravitz explained. “That’s where she and Batman really connect.”

Though Catwoman has appeared on the big screen with performances from Michelle Pfeiffer and Halle Berry, Reeves and the High Fidelity star promised this portrayal hasn’t even been shown in the comics.

“There are a lot of iconic Selina Kyle aspects to the story, but I don’t think [anything has depicted her] in this way,” Reeves said.

Ahead of the Warner Bros. fan event where the trailer debuted, director Matt Reeves dropped a few visual teases on social media. In addition to new character posters showing Batman and the Riddler (Paul Dano), Reeves also shared a photo of Kravitz as Selina Kyle on Friday, October 15. The Big Little Lies star wasn’t in her Catwoman suit. Selina instead wore a white tank top and a blunt lob hairstyle. 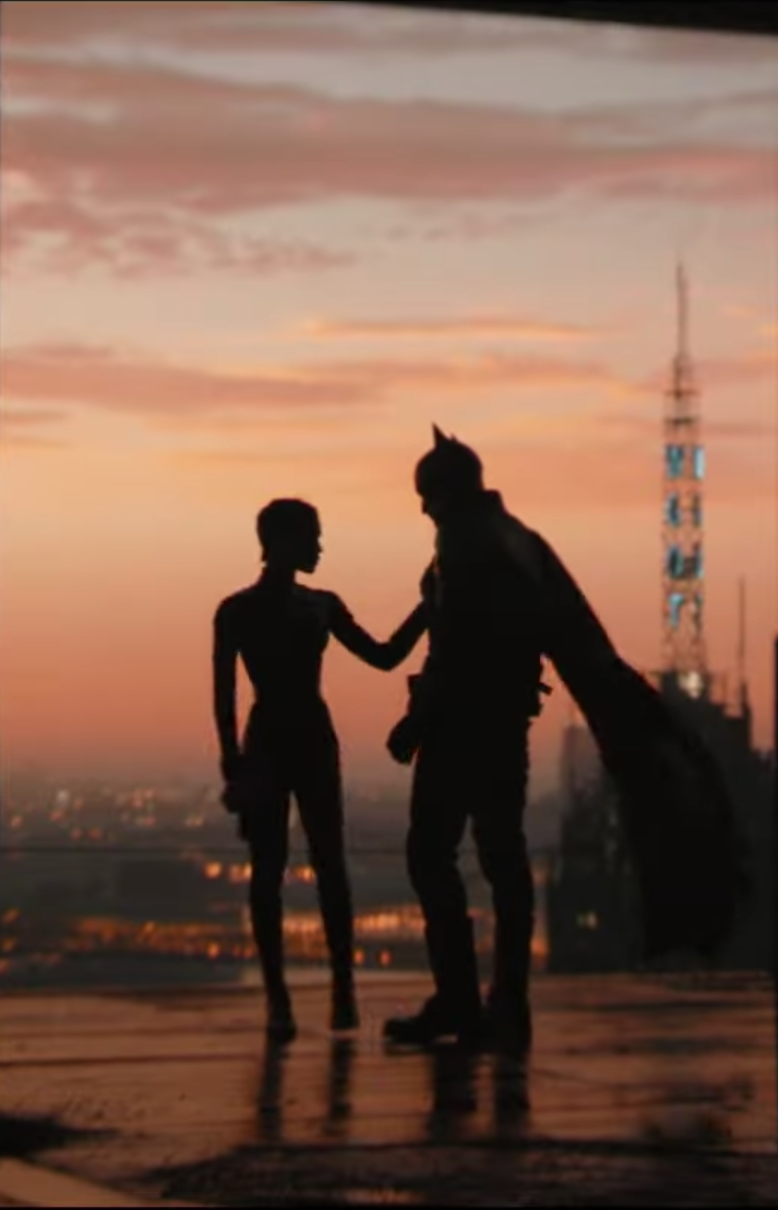 The simple movie still earned lots of approval online. Even Pfeiffer, who played Catwoman in 1992’s Batman Returns, shared her excitement, commented on Kravitz’s Instagram post with a cat with heart eyes emoji.

The latest trailer is the longest sneak peek since the first The Batman trailer in August 2020. The clip showed the Twilight star beating up a criminal. “Who the hell are you supposed to be?” a man asks. After beating him up, Pattinson’s Batman responds with the line heard in the latest trailer: “I’m vengeance.”

Unlike Ben Affleck’s caped crusader, who will return in next year’s The Flash movie, the Tenet star’s movie will focus on Bruce’s beginnings as Batman, inspired by the Year One comic books.

The Batman has become highly anticipated after many delays. The film was initially set to be released in June 2021, but the COVID-19 pandemic temporarily stopped filming. After filming resumed, cast and crew members testing positive for coronavirus further delayed production. Filming finally wrapped up in March, but the release date was pushed once more to March 4, 2022.