Reigning queen of bushfire relief fundraising, Celeste Barber, has signed on to host the Fire Fight music event to be held next month in Sydney.

Barber, whose viral social media fundraiser has collected more than $50 million in just over a week, will act as a master of ceremonies for the event, which will see artists including Queen and Adam Lambert, Alice Cooper, KD Lang and Olivia Newton-John perform with a string of Australian acts. 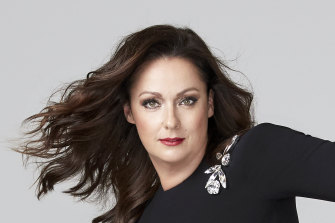 The marathon event, which will take place at ANZ Stadium on February 16 from 1pm and go for at least nine hours, will be a huge undertaking for the comedian, but event organiser Paul Dainty said she was the perfect choice to take on the role of holding the show together.

"Celeste has done an amazing job raising the money she has," Mr Dainty said.

"She is great with the quips and the dialogue that will bring another dimension to the day, she will be the glue to get through the day and night."

Mr Dainty, who is touring Michael Buble and Iron Maiden in Australia this year as well as Queen (with Adam Lambert replacing Freddie Mercury), said there was international interest in the Australian bushfire disaster and offers of assistance had come from all over the world.

"I have been talking to managers and agents in the UK and America, there isn't anyone who doesn't know about how devastating it is," he said. 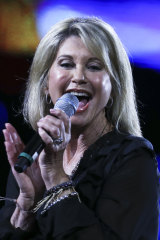 "There's a lot of people involved, and we will be announcing more over the next week or so, hopefully delivering a brilliant and history-making night," Mr Dainty said.

Tickets, which are tiered from $70 to $100, go on sale at noon on Monday and people are encouraged to add a donation to the bushfire appeal at the time of purchase.

The money raised will be split between the Red Cross, rural and regional fire services in affected stated and the RSPCA's bushfire appeal.

Mr Gudinski's Sound Relief will play on separate weekends in five cities in March. The 2009 concerts, held concurrently in Sydney and Melbourne, raised more than $8 million.

Thousand of dollars have also been raised in a grassroots campaign by Australia's publishing community under the auspices of an #AuthorsForFiries twitter campaign. In it, authors were offering signed and personalised copies of their books, manuscript assessments, tea parties and even naming characters after winning bidders.

Good Weekend's Konrad Marshall raised the most through the campaign by auctioning his final remaining first-edition copy of his book Yellow & Black about the Richmond Football Club, along with lunch with the club's president. It was won for $24,000 to state firefighting bodies and an additional $16,000 to bushfire relief organisations.

Other authors who saw large bids include Leigh Sales and Annabel Crabb who raised $10,000, Virginia Trioli who raised $5200 and Trent Dalton who raised $6250. An original artwork by Alison Lester raised $3600.

Initially the campaign was mostly Australian authors but over the course of the week literary stars from around the world came on board.

So far, nearly $200 million has been raised through major donations alone with mining magnate and philanthropist Andrew 'Twiggy' Forrest making the single largest donation of $70 million.

Celebrities from Australia and around the world have also made significant contributions, including Elton John and Chris Hemsworth who handed over $1 million each, Kylie and Dannii Minogue as well as Nicole Kidman and Keith Urban also donated $500,000. International star Pink made a $500,000 donation which music icon Bette Midler, who has been tweeting about the bushfire crisis prolifically, matched over the weekend. Ellen DeGeneres, who is married to Australian actress Portia de Rossi, has launched a GoFundMe campaign which has, so far, raised more than $1.5 million.