Not red-carpet official just yet.

Rumored couple Channing Tatum and Zoë Kravitz arrived separately at the 2021 Met Gala on Monday night — despite their frequent NYC hangouts over the past few months.

Tatum, 42, took to the steps of the Metropolitan Museum of Art in New York first, looking dapper in a classic tuxedo by Versace.

The “Magic Mike” star rounded out the clean look with a buzzcut hairdo that showcased his chiseled features.

This was Tatum’s first time attending a Met Gala.

Kravitz, 32, arrived at Fashion’s biggest night shortly after the “Dear John” star. She looked glam in slicked-back hair and a see-through chainmail ensemble by Yves Saint Laurent, whose beauty line she is the face of. 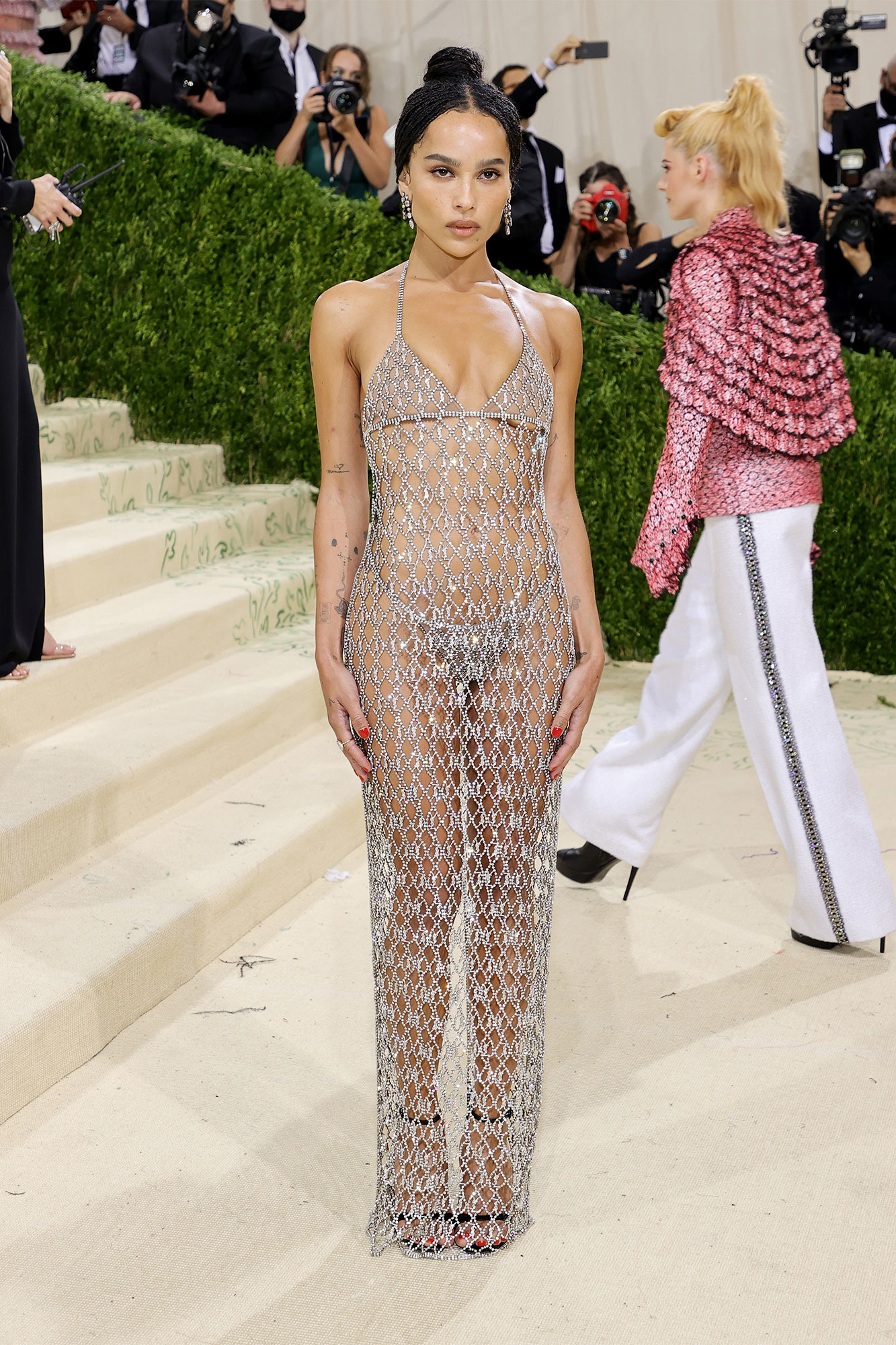 Perhaps Tatum got his invite this year as Kravitz’s inconspicuous plus one.

The stunning pair have yet to attend a Hollywood event together as a couple since sparking dating rumors earlier this year.

However, that doesn’t mean they haven’t been spending a lot of time together out in public recently. 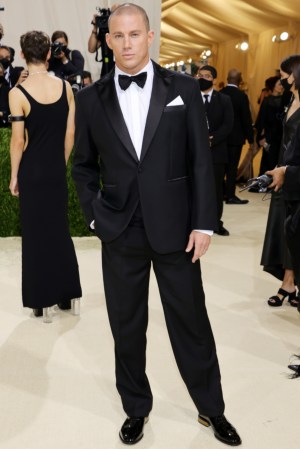 Tatum and Kravitz have been spotted taking very casual bike rides throughout the Big Apple, which typically consists of them dressing down in T-shirts and jeans.

Most recently, the “21 Jump Street” star and “Big Little Lies” actress were spotted on a lunch date in Brooklyn, in which he wore a rouge-colored button-down shirt, white tank top and black jeans and she matched him in a red shirt and denim shorts.

In January, the rumored couple dismissed dating rumors that began circulating online just days after the Kravitz filed for divorce from her husband, Karl Glusman. 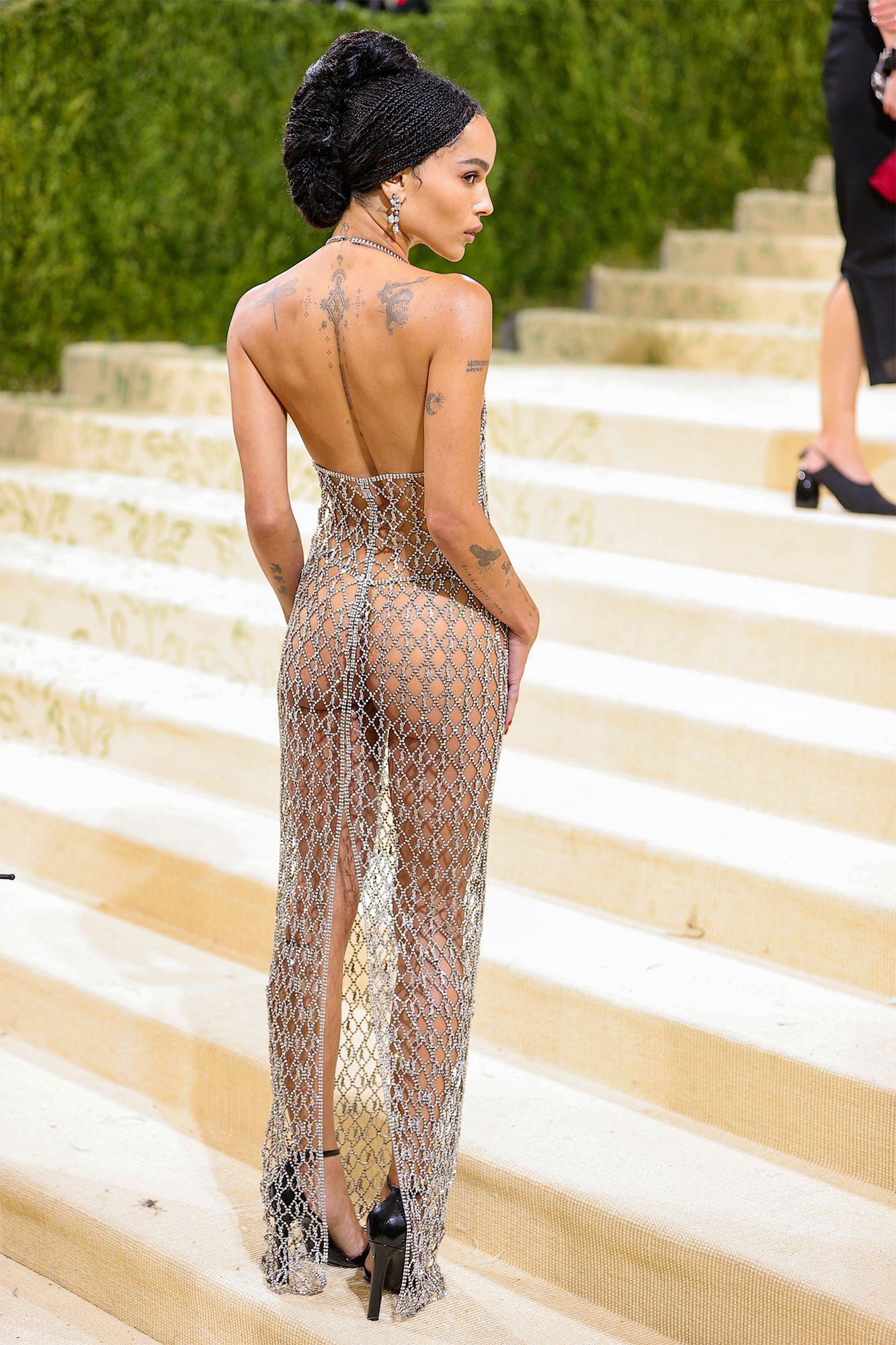 At the time, Tatum was already single as he and his on-again, off-again girlfriend Jessie J’s split confirmed their split in October 2020.

The “Step Up” star was previously married to actress Jenna Dewan for 10 years, and they share an 8-year-old daughter, Everly. The exes finalized their divorce in November 2019.

Kravitz and Tatum reportedly met on the set of “Pussy Island,” a thriller film in which she is making her directorial debut and he plays the lead.

Since they’ve gotten close, Kravitz has tried to help Tatum step up his fashion game.

The “Magic Mike” star said his gal pal convinced him to not wear Crocs anymore, sharing, “I totally loved Crocs for a hot second, and in one hang she was like, you can’t ever do that again. And I said, ‘OK, fine.’”