Veranda, his new restaurant helmed by acclaimed chef George Mendes, is located on the second floor of the forthcoming hotel Modernhaus SoHo, formerly known as the James Hotel. Rabin — behind hot spots like the Lamb’s Club, Cafe Clover, American Bar and the Skylark — had been pitching a restaurant concept for the space since 2009, when the building was still a construction site. The restaurant was already spoken for then, but the hotel offered him Jimmy, the hotel’s impressive rooftop and pool cocktail lounge.

Five years later, the hotel was sold, and Rabin inquired again about the restaurant. It wasn’t until two-and-a-half years ago that the hotel switched hands again, and he finally got the opportunity to put his mark on the space. Rabin found an opportune partner in Mendes, who a little over a year ago closed his Michelin-starred Portuguese restaurant Aldea after more than a decade. The accomplished Mendes wanted to take a break; around the time he started looking for a new project, Veranda began searching for a chef. Rabin met Mendes for coffee at Lamb’s Club.

Mendes was the first and only chef the team met with and he was everything they wanted. “Mature, delightful, open to suggestion,” says Rabin, referring to Mendes. “Definitely has a point of view, of course, because he’s a super-accomplished guy, but bought into our idea of being something that was, for lack of a better phrase, aspirational but accessible.” Rabin mentioned that he was thinking of collaborating with Mendes to an industry friend, Bobby Flay.

The 2021 Oscars: See All the Red Carpet Fashion Looks

“Without even missing a beat, he was like, ‘Wow, that guy can really cook,’” adds Rabin. “And I thought that was about as good an endorsement as we were ever going to get. Because Bobby has seen almost everyone cook live on his show, he knows who can really do it.”

The concept at Veranda is an approachable menu served in a casually elegant space. Rabin wanted to make Veranda a neighborhood restaurant, the sort of place guests will want to return to often versus an over-the-top experience reserved for special occasions. 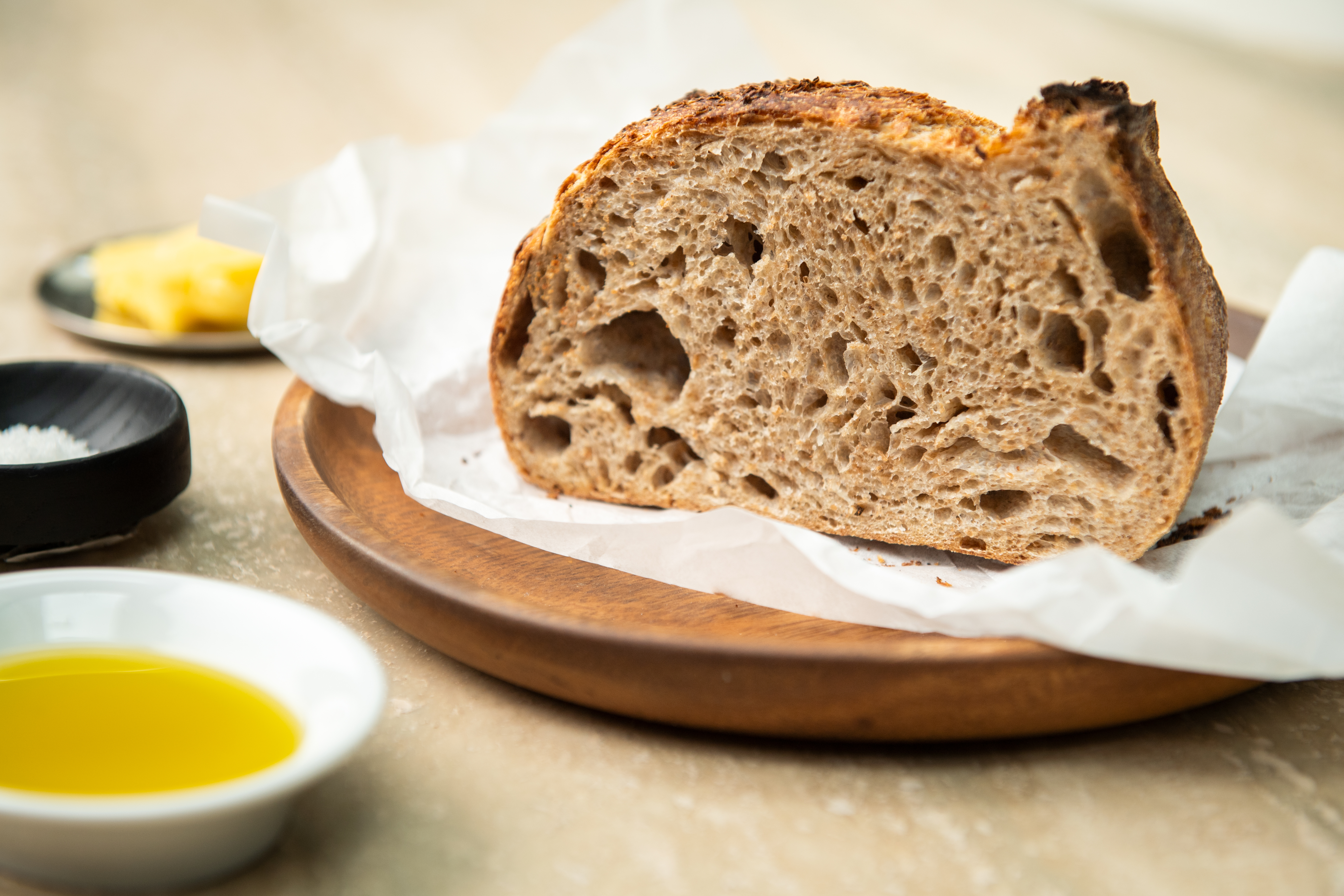 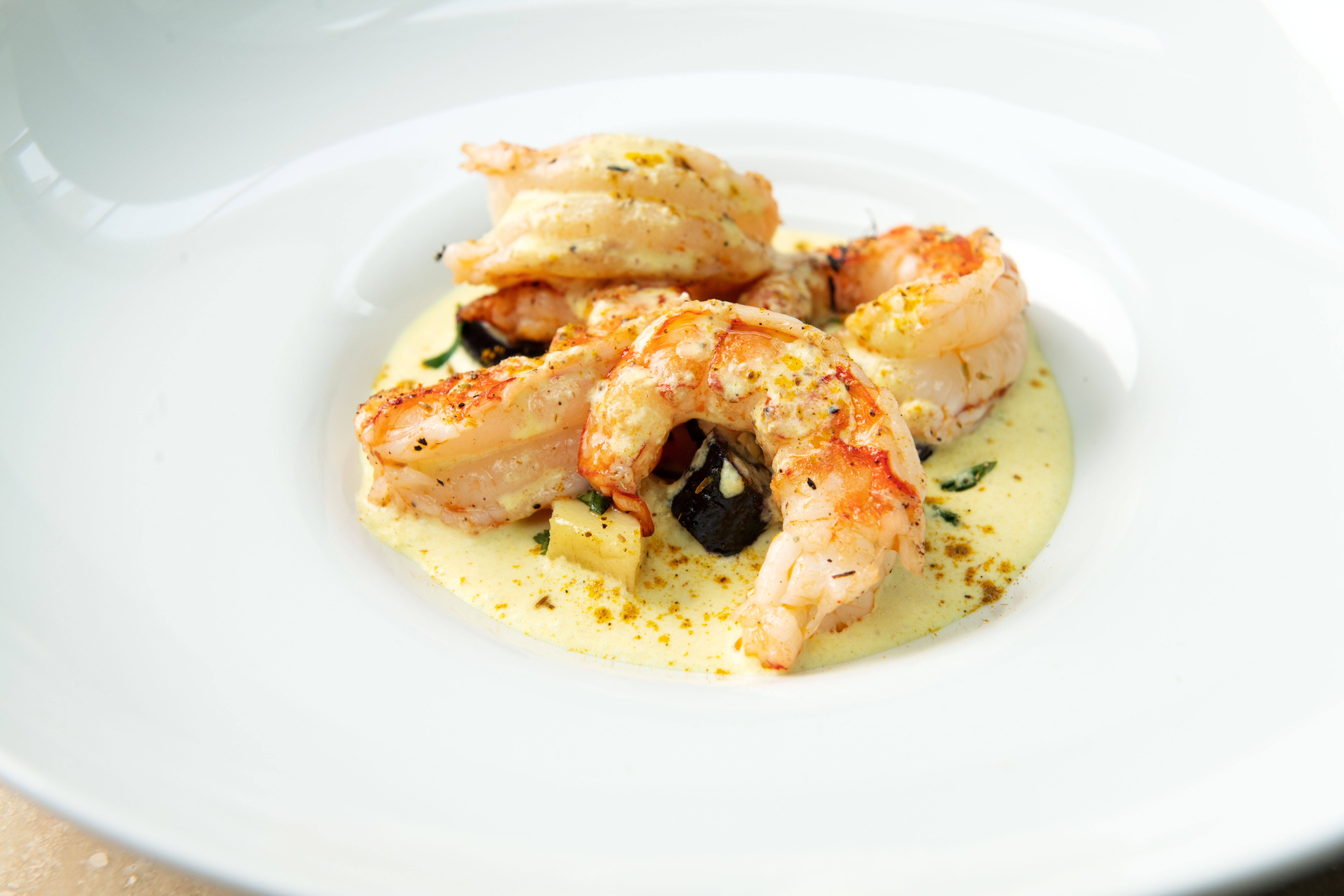 The menu is driven by recognizable American fare, with a seafood bend and emphasis on clean eating and fresh ingredients. Mendes’ Portuguese culinary background is also at play in dishes like the Mediterranean shrimp with Goan coconut curry, charcoal-grilled chicken with piri-piri pepper marinade, and whole branzino grilled with fennel and lemon-arugula pesto. There are several flatbread options, made in the restaurant’s wood-burning oven, and homemade sourdough bread is given prime billing on the menu. Like many, Mendes has gravitated to bread-baking in the past year. As a result, a small shop in the restaurant is selling bread for takeaway alongside jams and olive oils.

The dining room is situated in a greenhouse pergola — the stylish space is filled with light during the day and illuminated by strung lights at night. An adjacent bar area features a terrace overlooking Grand Street. After dinner, guests will be able to visit the hotel’s 18th floor, where poolside cocktails and unobstructed views of downtown Manhattan await them at a renovated Jimmy.

“It’s a little gussied up,” Rabin says of the reimagined Jimmy, comparing the new vibe to a resort in the South of France. “It’s like someone who was in high school is now in grad school.” 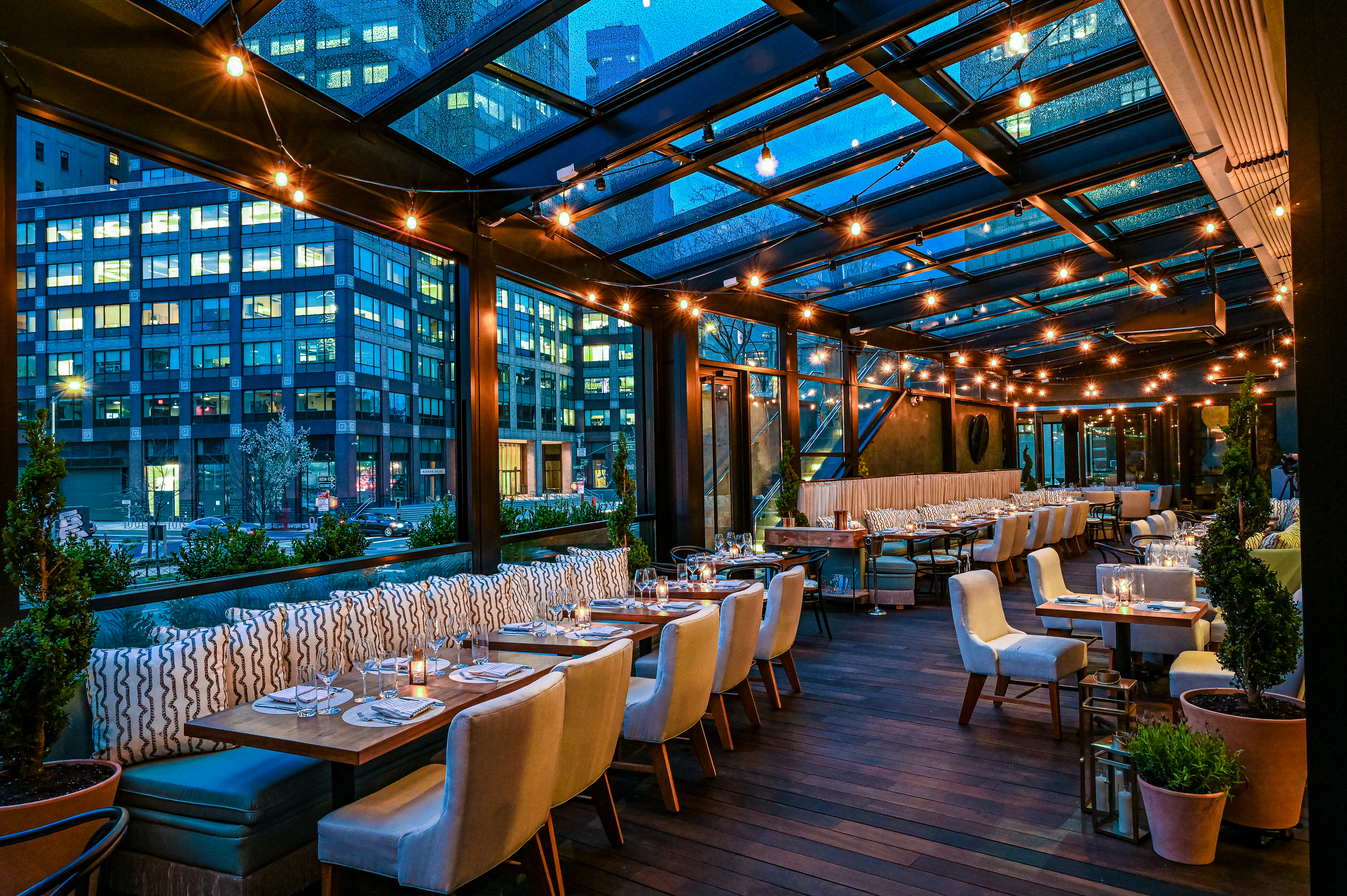 The dining room at Veranda. Courtesy of Andre Maier

More From the Eye: