Coca-Cola has paused its controversial diversity plan — that included penalties on outside law firms if they failed to meet racial diversity quotas — after intense backlash.

The pause comes after the orchestrator of the plan, Coke’s former general counsel Bradley Gayton, abruptly resigned last month after less than a year on the job and as criticism of the quotas mounted.

Some questioned whether Gayton’s policies violated Title VII of the Civil Rights Act of 1964, which says employers can’t treat people differently based on their race.

"When there is a leadership change, it takes time for the new leader to review the current status of the team, organization and initiatives," he said. "Monica is fully committed to the notions of equity and diversity in the legal profession, and we fully expect she will take the time necessary to thoughtfully review any plans going forward."

In January, Gayton made headlines when he unveiled his plans to penalize outside law firms that failed to meet new diversity quotas by slashing their fees or cutting ties with them altogether.

"The hard truth is that our profession is not treating the issue of diversity and inclusion as a business imperative," Gayton wrote in January, unveiling the plan. "We have a crisis on our hands and we need to commit ourselves to specific actions that will accelerate the diversity of the legal profession."

But Gayton’s sudden resignation last month has thrown the plan into doubt, with outsiders criticizing the plan and urging Coca-Cola to walk it back.

In a meeting with Coke’s global legal team, Douglas, the company’s new general counsel, said that Coca-Cola was "taking a pause for now" but would likely salvage some parts of the diversity plan, Law.com reported.

Coca-Cola hired Gayton in September 2020 after spending nearly 30 years as the top lawyer at Ford. Despite his departure from Coke as general counsel, he still has a relationship with the company.

He signed a new contract to serve as a consultant to Coca-Cola CEO James Quincey. In that position, he’ll be making a hefty $12 million over the next year. That included a $4 million sign-on fee and a monthly consulting fee of $666,666, according to an April 21 securities filing. It’s unclear how Gayton will be able to impact the company’s outside law firm diversity plan in his new position. 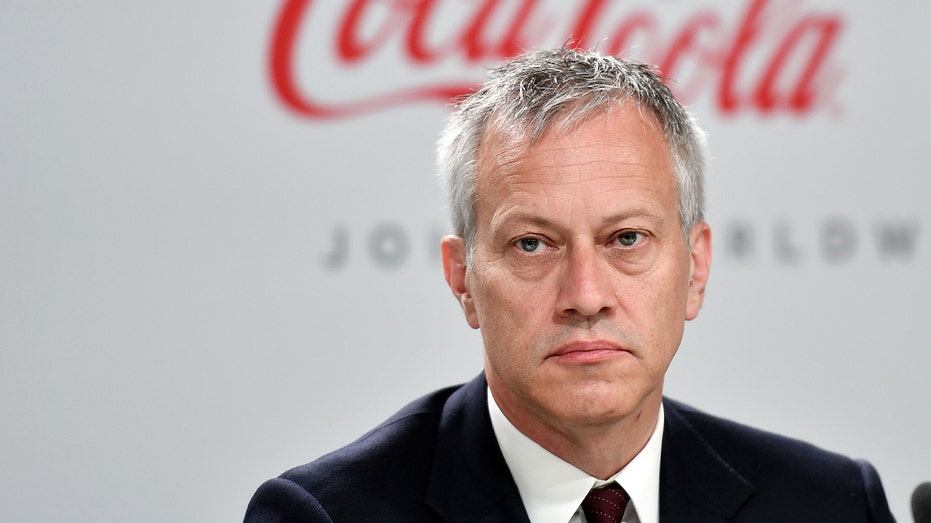 In February, employees were urged to be "less white" as part of the company’s alleged diversity training. The "Confronting Racism" course in question was offered by LinkedIn Education and allegedly utilized by the soft-drink titan.

"In the U.S. and other Western nations, white people are socialized to feel that they are inherently superior because they are white," reads one of the slides, allegedly sent from an "internal whistleblower" and posted on Twitter by YouTube commentator Karlyn Borysenko.

Another slide suggests "try to be less white" with tips including "be less oppressive," "listen," "believe" and "break with white solidarity." The tweet that shared images of the course went viral.

More recently, Republican lawmakers have criticized Coke for embracing Democratic-party positions. The Atlanta-based outfit made headlines in April for denouncing a Georgia state law that critics said blocked black people and other people of color from voting.

GOP lawmakers in turn blasted the company and others that issued statements on the law, telling the corporations to stay out of politics and accusing them of hypocrisy.