Somebody broke in to Conan O'Brien's set and you won't believe what the burglar stole. Watch the video to hear the late-night host explain the whole thing. 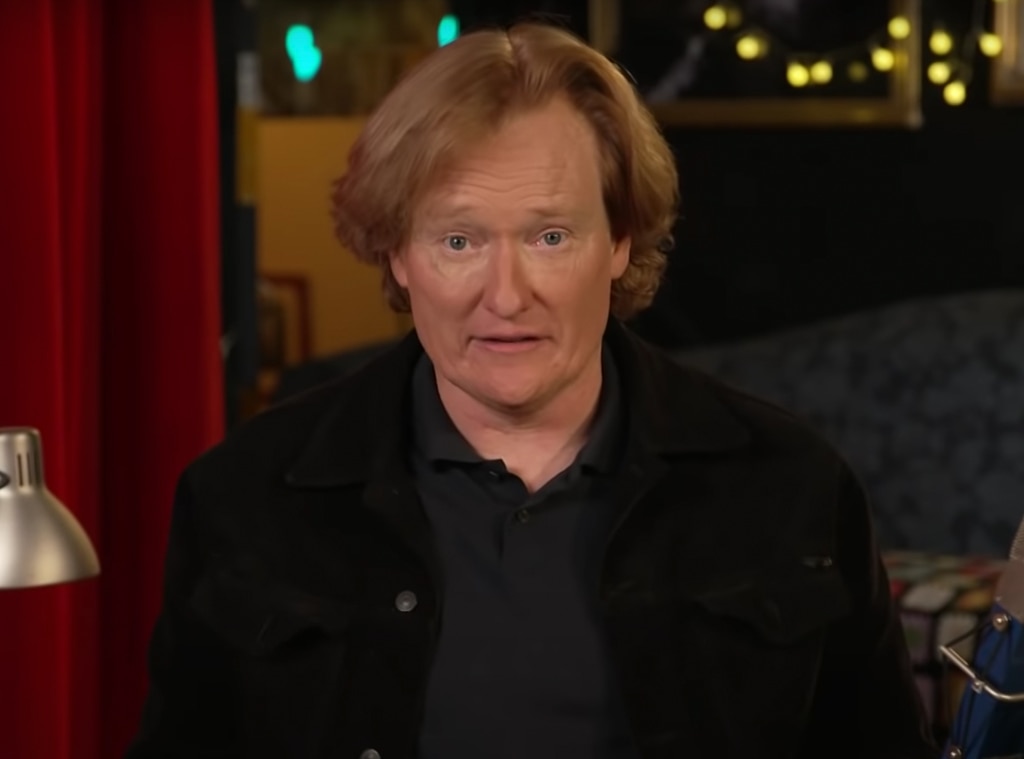 During the Oct. 26 episode of Conan, Conan O'Brien revealed somebody stole equipment from the show's temporary set at the Largo in Los Angeles. The 57-year-old host explained he's been conducting the TBS program from the venue in an effort to help revive the theater.

"Seemed like a nice thing to do, right?" he said. "What happens? We get here this morning and we find out that someone broke in to our little theater and took some of our equipment—some of the equipment we use to make the show."

So what exactly was stolen? Field producer Jason Chillemi said the burglar took laptops, which O'Brien uses for Zoom interviews, and the crew's production slate.

"That's the lowest," O'Brien said. "I can't think of anything lower. OK, the laptops fine. You took the slate? That's crazy."

He then claimed this wouldn't happen to other late-night hosts. "Look at us! What happened to us?" he asked. "This kind of s–t isn't happening to other big-time late night shows. No one breaks in to The Tonight Show and steals all the equipment. What happened to us? We've become this garage band that drives around. We've got our van and we parked it in an alley, and someone broke in and took our amps. What is that? This doesn't happen to the other talk show hosts. This would never happen to [Jimmy] Kimmel or [Jimmy] Fallon or any of those guys."

My Music Moments: SEVENTEEN Shares the Soundtrack to Their Lives

Then again, he acknowledged that the show's security consisted of a bunch of cardboard cutouts of fans from across the country.

As he noted, "Whoever broke in here had to stare what I think is about 350 cardboard cutouts of exuberant fans in the eyes and say, 'Hey don't mind me. I'm going to steal some s–t.'"

Watch the video to hear the whole thing.