Home » Lifestyle » Countdown is on: seven titles vie for the Age Book of the Year award

Countdown is on: seven titles vie for the Age Book of the Year award

It’s 11 years since The Age last presented its Book of the Year award. Now it’s a matter of hours before the coveted award will once again put a smile on a writer’s face.

In 2012, it was historian James Boyce whose face cracked with delight when his magnificent 1835: The Founding of Melbourne and the Conquest of Australia was revealed as winner at the opening night of the Melbourne Writers Festival. The prize was first presented in 1974 and allowing for that hiatus this will be the 40th time it will have been presented.

The award was again due to be part of the festival’s planned, vibrant opening night this year, but sadly lockdown intervened. However, that won’t stop the winner being revealed on September 3. It will go to a work of fiction, with the intention being to add a non-fiction category next year. The winner will receive $10,000 thanks to the generosity of the Copyright Agency’s cultural fund.

There are seven books on the shortlist, which was judged by poet Thuy On, author and editor Susan Wyndham and me. 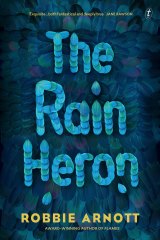 The Rain Heron
Robbie Arnott
Arnott’s second novel, which is both magical and realist, tells of a woman living an isolated life in an unnamed country who seeks to protect a fabled bird that has the power to bring rain and light and inflict a fierce reckoning. Our reviewer said that while most fiction defined the natural world in relation to the needs of its human inhabitants, “Arnott reverses the relationship, so that human beings serve primarily as witnesses of beauty, of wonder, and of tragedy”.

The Tolstoy Estate
Steven Conte
Conte’s second novel is set in the winter of 1941 as a German military doctor operates on the injured in Yasnaya Polyana, the former home of Leo Tolstoy, spars with the custodian of the estate, tries to manage his men and reads the prescient War and Peace. “In restrained, elegant prose that crackles with sexual, moral and political tension,” the judges said, “Conte tells a deeply moving story of comradeship, love and bitter cold.” 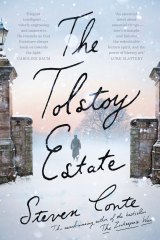 The Living Sea of Waking Dreams
Richard Flanagan
Three siblings, Anna, Tommy and Terzo, are not prepared to let their mother die. They demand more interventions as they bicker about her treatment and then parts of Anna’s body begin to vanish. Our reviewer said Flanagan’s novel was a revelation and a triumph “from a writer demonstrating, yet again, the depths of his talent, while revelling in a new, unfamiliar register. It is at once timely and timeless, full of despair but leavened by hope, angry and funny and sad and a bit magical.”

A Room Made of Leaves
Kate Grenville
Our judges said Grenville’s ninth novel continued her feminist reimagining of the past in a fictional memoir of Elizabeth Macarthur, wife of John Macarthur, known as Australia’s pioneering pastoralist. “Extrapolating from historical records and Elizabeth’s letters, Grenville embroiders a credible first-person account of a forgotten woman’s life … Perhaps she was the true mother of the wool industry, the novel suggests, in a witty voice that blends echoes of Jane Austen with a contemporary perspective.” 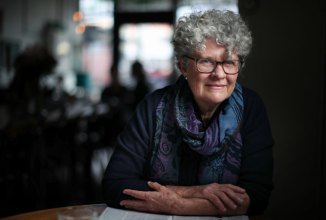 The Labyrinth
Amanda Lohrey
This lyrical novel, which has already won the Miles Franklin award, follows Erica Marsden’s move to a hamlet on the NSW south coast near the prison where her artist son is an inmate. Our reviewer said it was an impressive addition to her body of fiction, “which always has philosophical foundations for its warmly human stories. Here the characters and ideas are deftly integrated into a short novel of deep wisdom about nature and art, men and women, motherhood and home.” 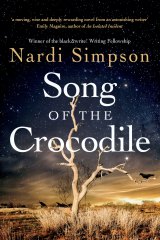 Song of the Crocodile
Nardi Simpson
The debut novel from an Indigenous musician, who has performed for 20 years, is an intergenerational saga that spans decades in prose “that sings with its connection to Country,” said the judges. “The novel tracks the winding paths of three generations of the Lightning women as they navigate the vagaries of fate with the expert braiding of myth, ancestral spirits and Dreaming in the narratives.“

Born Into This
Adam Thompson
This book of short stories by an Indigenous Tasmanian writer is a potent collection born out of lived experiences. As the judges put it, “Adam Thompson has mined the richness of his ancestry, his work within the Aboriginal community, and his island home for tales about black and white relations, colonialism, class friction, racism, heritage and environment”.

Countdown, Is, On, Seven, Title's
Celebrities