Social media users have taken to Twitter to compliment a farmer who appeared on last night’s Countryfile – with one branding her ‘stunning’.

Becky Houzé, a dairy farmer from Jersey, appeared on the agricultural programme during a segment about the area.

Countryfile presenter Charlotte Smith described Becky as an ‘internet sensation’, revealing that the farmer has a following on Instagram as well as an OnlyFans account.

The posts she has shared on OnlyFans include images of agricultural life on the farm, including pictures of herself using equipment and sitting on hay bales.

She has also shared clips from Model Farmers, an OnlyFans show which sees its creators try their hand at working on Becky’s farm for a week. 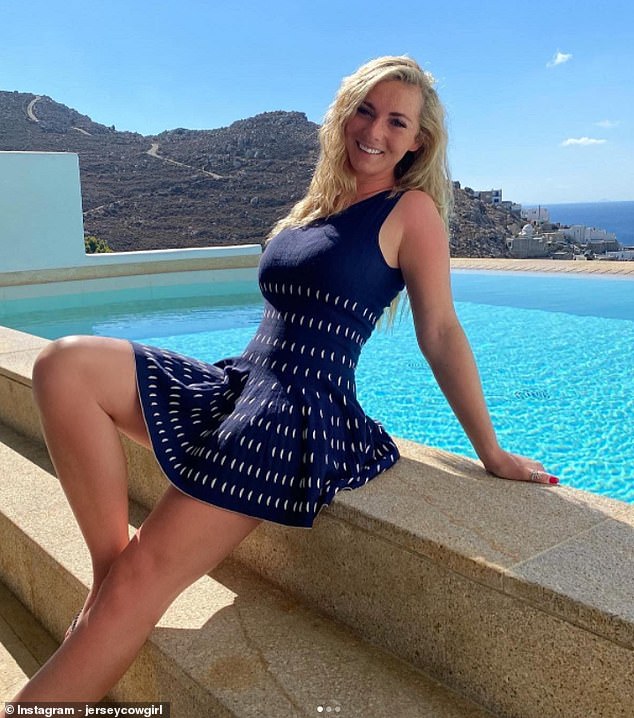 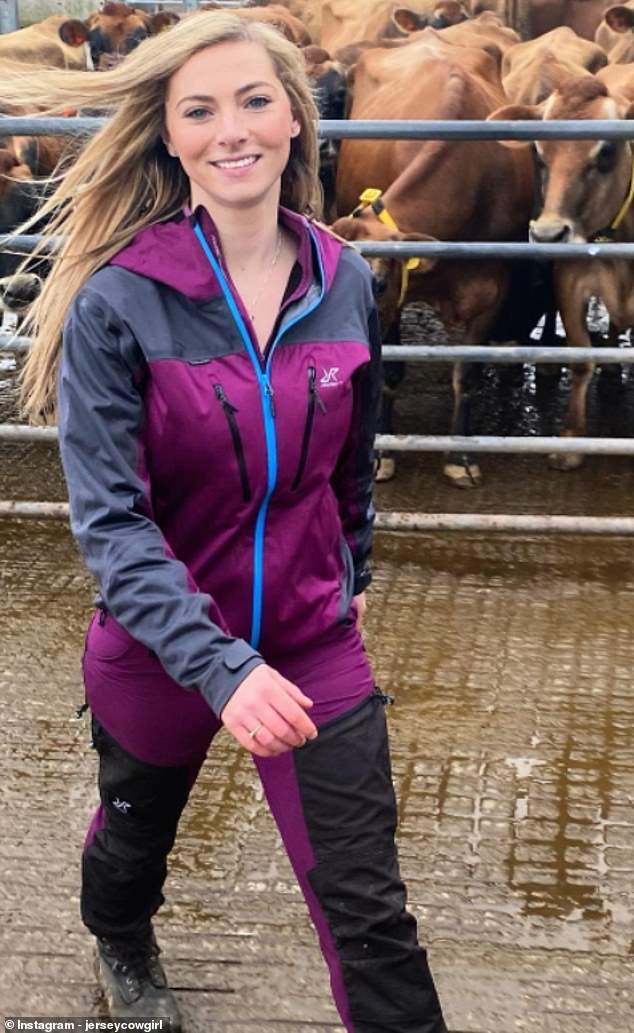 The 29-year-old has 67.5k Instagram followers. She shares images of herself, as well as snapshots of rural life on the platform

Other photographs show the 29-year-old straddling a motorbike, enjoying a night out with friends, and on holiday.

Becky, who is known online as the ‘Jersey Cow Girl’, also has 67,5000 followers on Instagram.

Introducing the 29-year-old, presenter Charlotte said: ‘When someone says Jersey to me, the first thing I think of is cattle.

‘Famous for their long eyelashes and creamy milk, they go back centuries here on the island, but not every dairy farmer is taking a traditional approach.’

She then described Becky as a ‘bit of an internet sensation’.

Speaking on the programme, Becky said that while her ‘real name’ is Becky, most people know her as ‘Jersey Cow Girl’.

She added: ‘I’m one of the youngest dairy farmers here in Jersey.’

She added: ‘When I was younger, I did every single type of dancing known to man and I would have loved to have been a ballerina.

‘But then I realised that I’ve got a beautiful farm here – why not give it a shot at becoming a dairy farmer?

‘And I’ve been slowly taking over the family business.’

During the programme, Becky (pictured) said that most people know her by her online persona ‘Jersey Cow Girl’

After she appeared on the programme, some viewers took to Twitter to compliment Becky on her appearance.

One tweeter wrote: ‘Blimey don’t see many farmers like that #countryfile.’

Another added: ‘Of course Becky is an internet sensation, she’s stunning! #countryfile.’

And a third simply said: ‘Becky was nice! #countryfile.’

Countryfile airs on Sundays at 7pm on BBC One. It is available to watch on BBC iPlayer.