Sydney’s live events calendar will receive a major boost next year with the addition of a new global music, talks and film festival to help drive the state’s culture-led, post-lockdown comeback.

In a coup for Destination NSW, the lead government agency responsible for tourism and major events, South by Southwest (SXSW) will be brought from Austin, Texas to Sydney in October 2023. 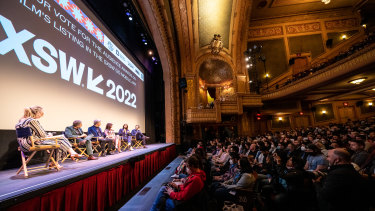 Anne Hathaway and Jared Leto attend the premiere of WeCrashed during the 2022 SXSW on March 12 in Austin.

Colin Daniels, managing Director of SXSW Sydney said the event would gather the largest group of inspiring international thinkers, creators, innovators and performers ever seen in Sydney at one time.

“Focusing on the creator industries in the Asia Pacific region, SXSW Sydney will celebrate what’s next in culture, tech and the regions thriving creative economy. Sydney will play host to more than 1000 experiences across the city encompassing keynote speakers, inspiring panels and summits, product demonstrations, artists performances, screenings, live gaming sessions and a myriad of networking events and parties. Sydney will be alive with future focused activities like never seen before.” 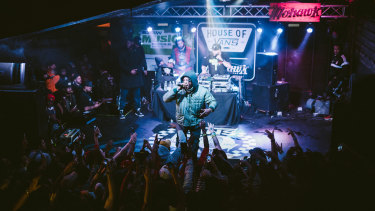 Rapper Joey bada$$ performs at The Mohawk during SXSW in Austin, Texas.

Event producer for SXSW Sydney Geoff Jones said: “Put simply, SXSW is the Olympics of events for the creator industries, and we are thrilled to bring this legendary festival of gaming, music, screen, tech and innovation to Sydney in 2023.”

The Sydney edition will be the first time the festival has left its home state of Texas since its launch in 1987. It will comprise 1000 sessions, screenings and performances, activations and parties across the city.

The announcement comes as the Perrottet government said Vivid Sydney had smashed attendance records, with visitor numbers up 7.5 per cent on 2019 to 2.58 million.

On its return after a two-year hiatus, the government’s winter festival of light, music and ideas celebrated its largest-ever opening night, with over 140,000 attendees, plus the biggest opening weekend in the event’s history.

After starting out as a showcase of live music talent, SXSW has branched into film, comedy, and education, with appearances over the year by some of the world’s leading cultural artists and influencers: Barack and Michelle Obama, Jordan Peele, Dave Grohl, Taika Waititi, Brenée Brown, Steven Spielberg, Mark Cuban, Lady Gaga and Johnny Cash. 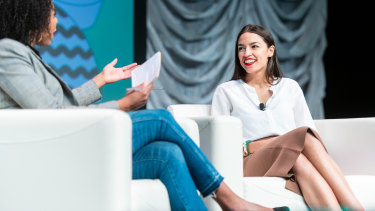 South by Southwest attracts high-profile speakers such as New York Rep. Alexandria Ocasio-Cortez who appeared at the 2019 SXSW conference.

Australian ties to the festival go back several years with Australia House traditionally staging a week-long showcase of food, wine, tourism experiences, music, and performances under the G’day USA brand.

The addition of SXSW Sydney to the festival calendar will be a boost for state tourism. 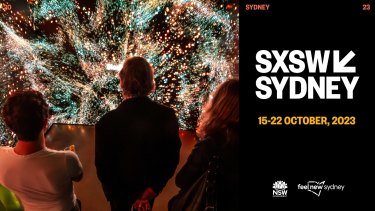 South by Southwest expands outside of North America for the first time ever to bring its renowned celebration of creativity and innovation to Sydney, Australia, from October 15-22, 2023.

Minister for Tourism and Sport Stuart Ayres said: “SXSW Sydney will provide significant benefits for the NSW visitor economy, with unparalleled networking opportunities to advance our tech and creative industries. The very best of the creative and tech industries in the Asia Pacific will be on display during SXSW Sydney, while also drawing thousands of people from around the world to enjoy our spectacular Harbour City.”

South by Southwest will take place in Austin next March, before heading to Sydney in October.