Yes, she really put another turkey on her head.

Could this be any more hilarious?

To celebrate Thanksgiving this year, “Friends” star Courteney Cox recreated one of the show’s most iconic holiday moments — Monica Gellar dancing with a real turkey on her head.

“Happy Thanksgiving everyone, I hope you’re having a great day,” the 56-year-old actress said in an Instagram video. “I’m feeling so thankful and also, if I get one more goddamn gif with that turkey on my head, dancing like a f–king fool, I’m just gonna snap!”

“Anyway, since I’m the symbol of Thanksgiving, here you go, hope it makes you happy,” she added, before the camera cut and she popped back up with another turkey on her head — sunglasses, shoulder shimmy and all.

“You DID THAT!!” Cox’s “Friends” costar Lisa Kudrow wrote in the comments. 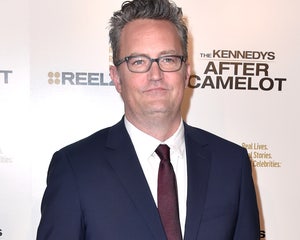 “Friends” became known for its Thanksgiving episodes throughout the show’s 10 seasons.

The turkey-head moment went down in the flashback-filled episode from Season 5, “The One With All The Thanksgivings,” in 1998.

Following a series of misunderstandings, Monica tries to cheer up Chandler by following Joey’s lead and dancing around with the raw bird on her head. It works — as Chandler tells her he loves her for the first time — but Joey is scarred for life.

While we have reruns to keep us occupied for now, the cast is scheduled to film a reunion special for HBO Max in March.