Australia’s vaccination rollout starts on Sunday, with Prime Minister Scott Morrison to receive his first Pfizer vaccine in Sydney in a show of confidence for the country’s immunisation program.

A small group will be vaccinated at Castle Hill in Sydney on Sunday morning ahead of the broader rollout beginning on Monday, including two aged care residents, aged care staff and some frontline health workers. 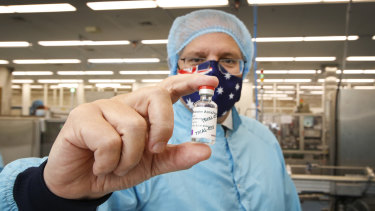 Mr Hunt said he will receive the AstraZeneca vaccine in the coming weeks.

“Today is the first round of vaccines for Australia and, ultimately, that’s about hope and protection for Australians,” he said.