Home » Lifestyle » CRAIG BROWN: The chimp who's a champion fashionista

CRAIG BROWN: The chimp who's a champion fashionista

When I was ten years old, my schoolfriends and I would whizz from one craze to another. One or two of these crazes — diabolo, yo-yos, conkers, roller-skates — are still with us. But many more have disappeared.

Whatever happened to the Gonk, for instance? The Gonk was a cylindrical doll covered in brightly coloured fur, rounded off with two little bulbous eyes.

For a short while, the Gonk lived on as a term of abuse directed at dim-wits, but even insults are subject to crazes, and this one soon died, just as the expression ‘dim-wit’ died. 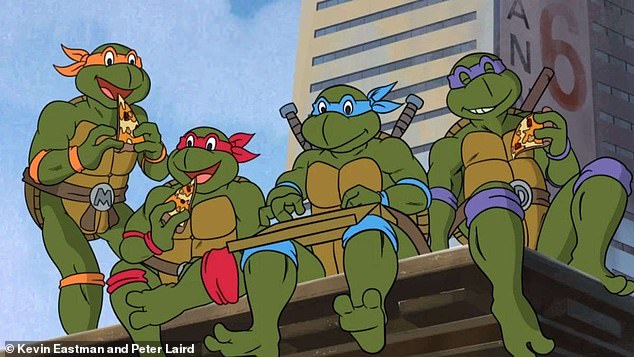 Teenage Mutant Hero Turtles were among the younger, pushier, trendier rivals to Gonks

Some crazes were more perilous, and could result in injury. Clackers, for instance, consisted of two balls of hard plastic attached to the ends of a piece of string, which, with a flick of the wrist, could be made to bang against each other — or, as it turned out, against the heads of other children.

One term, two boys arrived back with reverse spectacles: when you put them on, you saw everything upside-down. For two or three days, these boys would be stumbling into walls and falling down stairs. When the toll of bruises soared, clackers and reverse spectacles were banned by the headmaster.

I thought of all these passing fads as I read a recent report of a craze that occurred among a group of chimpanzees in Zambia.

A few years ago, a chimpanzee blessed with the unlikely name of Julie started swanning around the jungle with a piece of straw sticking out of her ear.

In the world of chimpanzees, Julie was obviously an influencer: before long other chimpanzees started wandering about with pieces of straw in their ears.

A paper in the journal Science offers this as further evidence that human beings are not the only animals that follow pointless crazes.

Anyone who has ever sported a mullet hair-do, played air guitar, or worn a ring through their nose will breathe a sense of relief that we are not the only daft creatures in the universe. The phenomenon even extends to music. 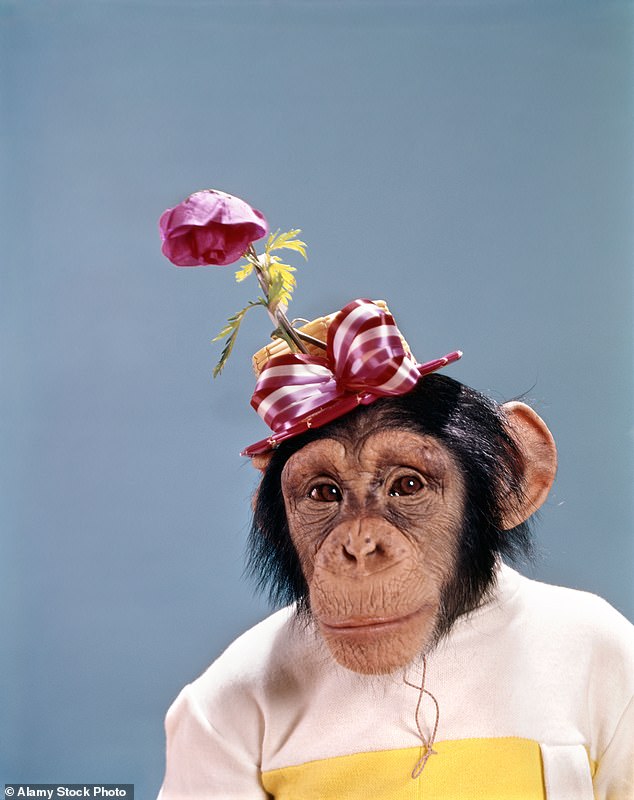 The other day, while watching the icy drama series The Terror on the BBC, I mentioned to my daughter that Jared Harris’s father, Richard Harris, had also been a famous actor, and had top-ten hit in 1968 with the oddball song MacArthur Park.

To my horror, I found that for the next few days I couldn’t get the batty chorus out of my head — ‘Someone left the cake out in the rain / I don’t think that I can take it / ’Cos it took so long to bake it / And I’ll never have that recipe again, Oh, nooooo!’.

So I found it reassuring to discover that other species are prone to getting catchy tunes stuck in their heads.

Apparently, in the late 20th century, a solitary male sparrow on the west coast of Canada began singing a new song.

This tune proved popular with the female sparrows. Within weeks, other sparrows were busy copying it. Since then, it has become the dominant tune among sparrows across North America.

Sadly, scientists haven’t been able to find out how many of these sparrows are sick to death of this catchy tune.

Is it the sparrow equivalent of MacArthur Park, or The Birdie Song? Might an enlightened ornithologist be willing to dislodge the tune from their brains by playing them something equally catchy, but different, such as my personal favourite, Sugar, Sugar by The Archies?

Professor Andrew Whiten, a zoologist and psychologist at St Andrews University, points to lesser species that have been just as prone to fads and fashions.

‘They see the one all the girls like, and that’s an indication he’s the best,’ observes Professor Whiten.

My only advice to the fruit fly community is to steer clear of Clackers, or they may well come a cropper.