Home » Lifestyle » Dean Clarifies Comments About Caelynn 'Suffocating’ Him, Saying ‘I Love You’

Dean Clarifies Comments About Caelynn 'Suffocating’ Him, Saying ‘I Love You’

Dean Unglert and Caelynn Miller-Keyes are no strangers to making headlines, but the Bachelor in Paradise couple know the truth about their relationship.

During an exclusive interview with Us Weekly, the 30-year-old “Help I Suck at Dating” podcast host opened up about his recent remarks that Miller-Keyes, 26, is the “most suffocating” girlfriend he’s ever had, noting he and cohost Jared Haibon were trying to “find common ground” with a listener who asked about feeling smothered in a relationship. 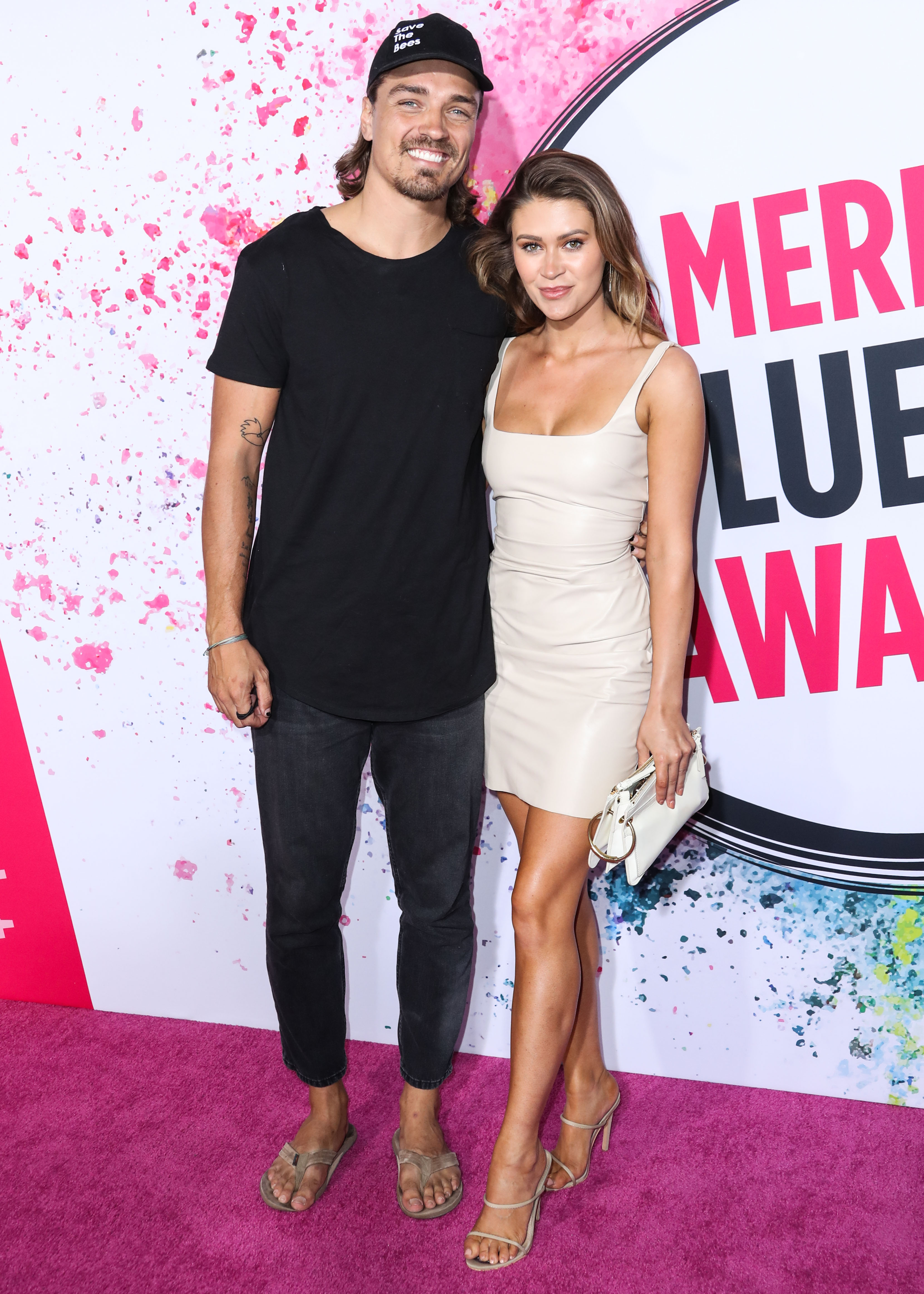 “It’s a horrible word, don’t get me wrong. It’s the wrong adjective to use to describe anyone in a relationship. I was simply saying that in past experiences, I would hate to be suffocated, but with Caelynn, although my instinct is to say, ‘Don’t suffocate me,’ in reality, I’m like, ‘You can suffocate me because I enjoy spending time with you’ sort of thing,” Unglert told Us, noting that his comment “sounds bad” in and out of context of the podcast episode.

Unglert and Miller-Keyes, who are teaming up with Mobil 1 to promote their summer road trip sweepstakes, met on season 6 of Bachelor in Paradise in 2019. Last month, the Bachelor Winter Games alum made waves again when he revealed on his podcast that he doesn’t like to say “I love you.”

“I do say ‘I love you’ to Caelynn,” Unglert clarified to Us. “I am in the camp of I’d rather show Caelynn that I love her rather than say that I love her. … Talk is cheap more or less, you know, anyone can say anything, but what it boils down to in my eyes is action over words. We’ve done those little psychology tests where it’s like, ‘What’s your apology style? What is your love language?’ And all these things. … My love language is acts of service ‘cause I like to see action behind the words. And then my apology style was, like, take accountability. I think words can mean anything, but actions can mean one thing. I would rather show Caelynn that I love her consistently and constantly all the time, rather than say a word that people throw around like it doesn’t mean anything nowadays.”

Unglert continued, “That’s something I’m working on too. There’s definitely, like, a mental impasse that I have to work through [in] therapy and all that kind of stuff that I would love to get past. I’ve got a jaded relationship with the word love. There’s no question about it. But I mean, I do love Caelynn and she knows that.”

Miller-Keyes, for her part, confirmed that her beau does “a good job” of showing her he loves her. “Which I prefer,” she added.

While the twosome recently put down roots, buying a home outside of Las Vegas, Unglert told Us he still spends “a quarter of my time” in his infamous van, and sometimes, Miller-Keyes joins him so they can hit the road together.

“Mobil 1 is the Official Motor Oil of Road Trips. We are always in the van traveling as much as we can. And [now] one lucky winner can win the road trip of their dreams up to $20,000,” Miller-Keyes told Us of the sweepstakes, which fans can enter at Mobil1RoadTrip.com.

Unglert added, “Road trips are awesome and partnering with Mobil 1 we’re stoked about because Mobil 1, as far as engine oils go, like, I know everyone’s super environmentally conscious these days and as we should be, but Mobil 1 talks about climate change and they talk about the things that they’re, like, doing to fight and combat climate change. And I think as far as oil companies go, an oil company that’s willing to even have that conversation is leaps and bounds better than one that’s not willing to have that conversation.”