LAZY lovebirds were yesterday offered the opportunity to shop for their loved ones without having to leave their car.

Department store chain Debenhams ran a one-day pilot scheme offering shoppers the chance to buy Valentine's Day gifts using a new drive-thru service, in a bid to "take the stress out of the shopping experience during this sentimental time of year." 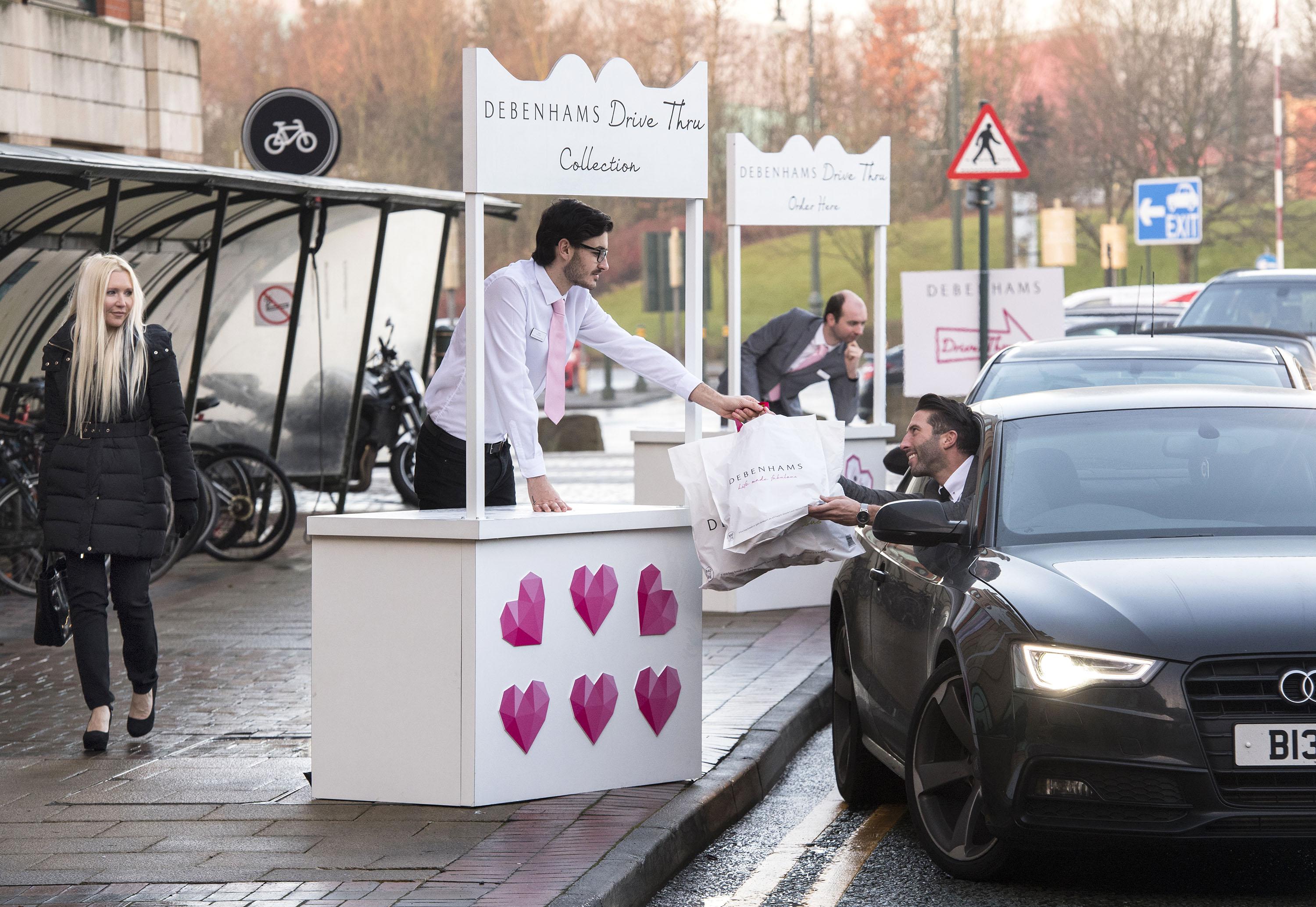 Time-strapped shoppers, or those too embarrassed to pick up lingerie for their partner, were able to order and pay for their gift at one window, then drive to a second window – where a personal shopping staff member handed over their ordered goods – all without leaving the comfort of their car.

The service launched yesterday outside the Debenhams store in Manchester's Trafford Centre as a one-day pilot, but if customer feedback is positive, it confirmed it would look to roll out the service across other key dates of the year (such as Mother's Day, Father's Day and Christmas) across more stores in 2017.

Christine Morgan from Debenhams said: "An extension to the current personal shopping service, our Drive Thru is the perfect solution for all those who have no clue what to buy, are strapped for time, or are cynical about Valentine's Day but secretly want to get someone a gift."

Do penis pumps work? How to use one 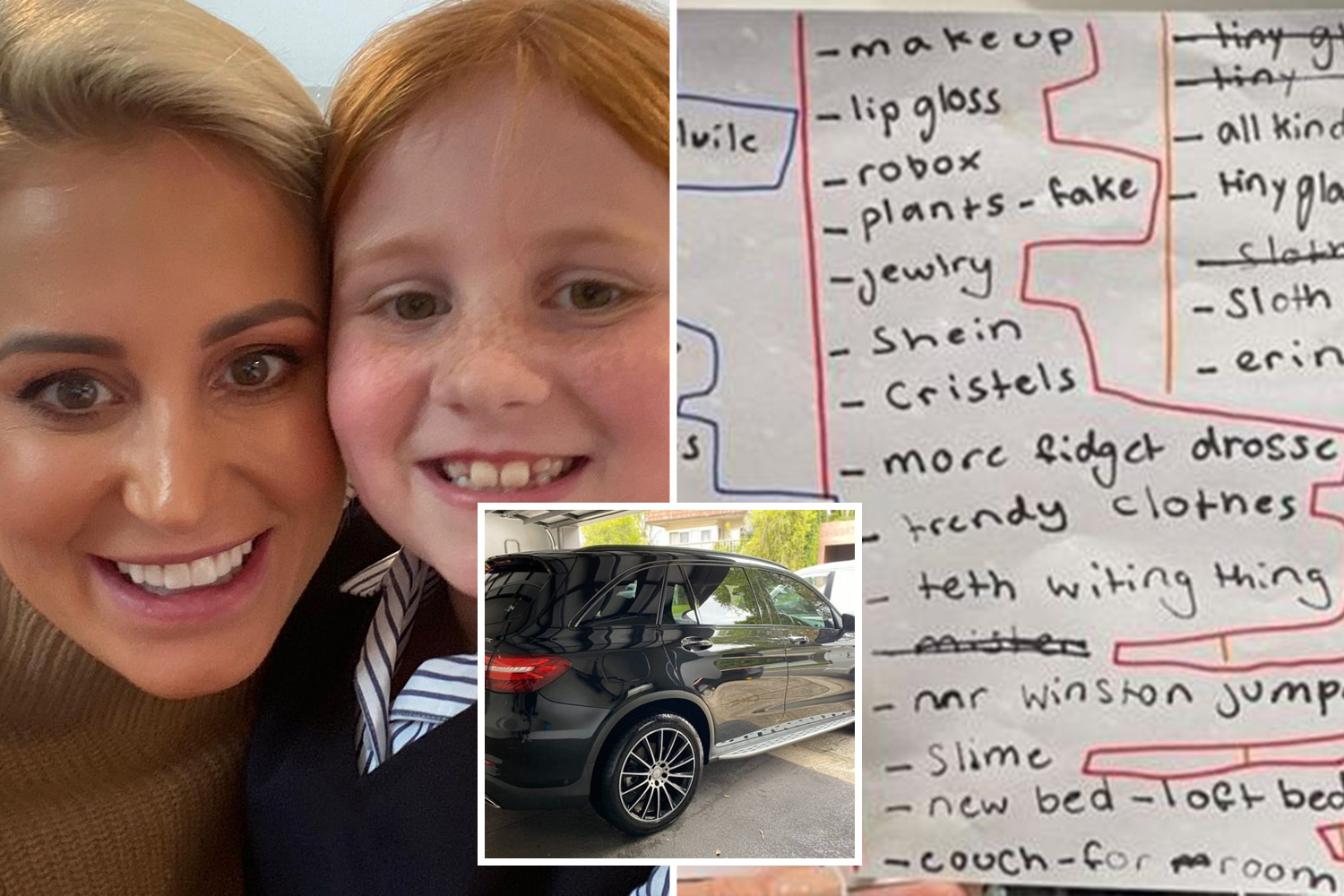 I got my girl, 9, a £46k car, for her birthday she wants teeth whitening & piercings

The love-related festival is celebrated on February 14 annually, and it falls on a Tuesday this year.

Religious accounts show that this figure was imprisoned after he performed weddings for soldiers that weren’t allowed to marry. 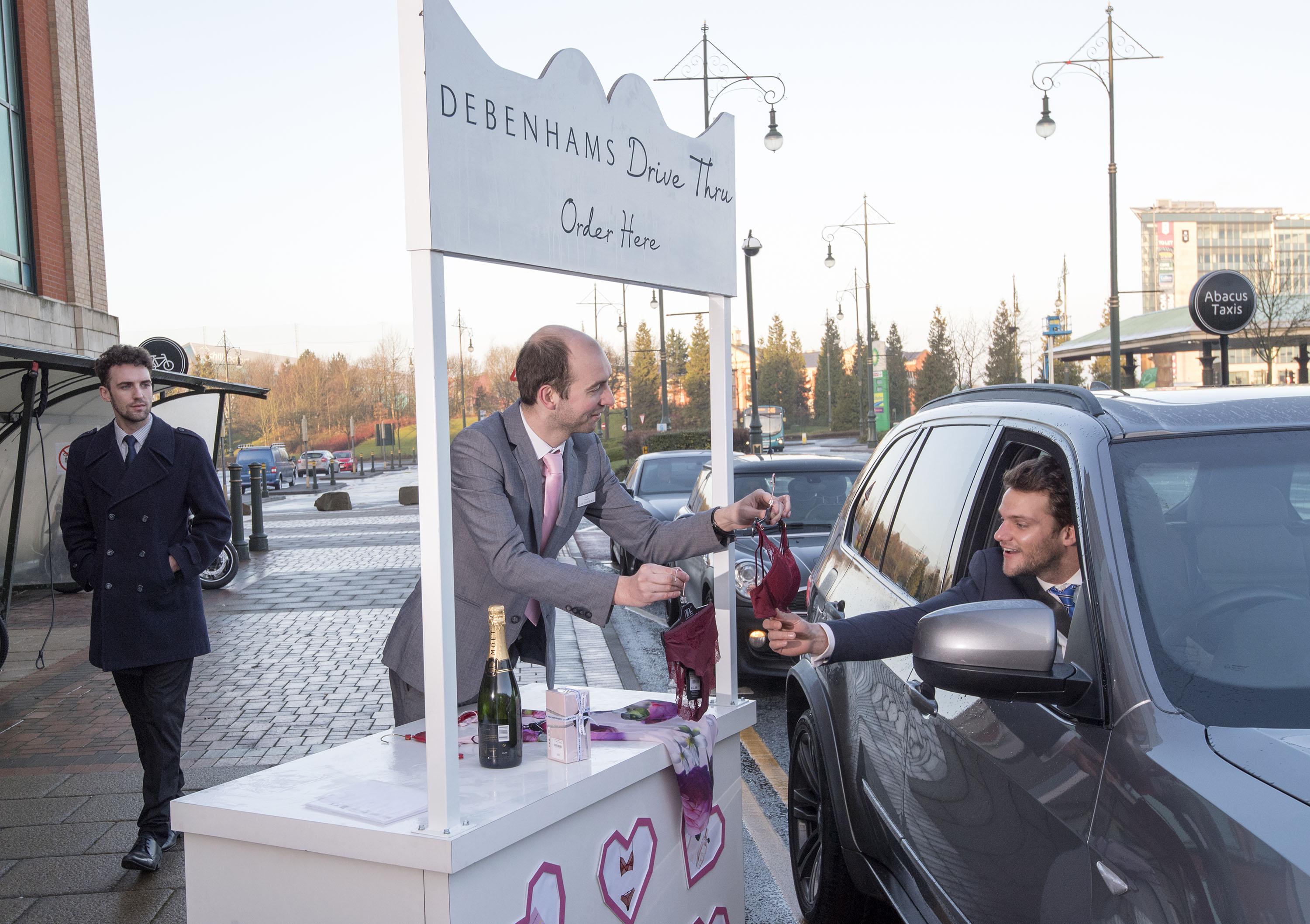 During his time in prison, he was reported to have healed the daughter of his jailer, before signing of a letter to her signed off with “Your Valentine” before his execution.

In other Christian denominations, including the Eastern Orthodox Church, Valentine’s Day is celebrated on July 6 and July 30.

Why do we give out cards and gifts on Valentine’s Day?

In the 14th century, the special date became a time where couples would show their love for each other by giving flowers, sweets and greeting cards.

The tradition of poetry was also popular, which would be expressed in valentines given to your lover.

It didn’t take long for the ritual to spread from early modern England, as the customs were adopted by other countries.