Demon Slayer Season 2 has officially gotten into the heart of its Entertainment District Arc, and the anime dropped a major reveal in its most recent episode. The latest batch of installments introduced Upper Moon 6 Daki as Demon Slayer‘s new antagonist. As it turns out, there’s more to Upper Rank 6 than first meets the eye.

Demon Slayer‘s Entertainment District Arc sees Tanjiro and his companions accompanying Hashira Tengen Uzui on a mission to the Yoshiwara district. Women have been disappearing — and although many have chalked this up to “Ashinuke,” Tengen suspects it’s the work of a demon. He’s quickly proven correct.

When Tanjiro, Inosuke, and Zenitsu go undercover as courtesans to gather information, the Demon Slayers come across Upper Moon 6 demon Daki. Daki has been masquerading as a courtesan herself, and she’s used her close proximity to abduct the women around her.

Daki claims to be one of the Twelve Kizuki — Upper Rank Six, to be exact — but Tanjiro and Nezuko manage to hold their own against her. In the anime’s latest episode, Daki meets Tengen, and their confrontation brings a shocking truth to light.

Episode 7 of Demon Slayer‘s Entertainment District Arc sees Tengen Uzui and Daki finally duking it out. Originally, the Sound Hashira believes he’ll make easy work of the Upper Moon 6. He even jokes that she’s too weak to claim the title.

However, Daki doesn’t disintegrate after Tengen removes her head. And as she grows more and more agitated, another form emerges — her brother.

As it turns out, both Daki and her brother, Gyutaro, make up the Upper Rank 6. And although Daki doesn’t present much of a threat to Tengen on her own, Gyutaro seems more than capable of putting up a fight.

Tengen appears to take that as a challenge, even with Gyutaro’s eerie confidence and impressive Blood Demon Art. Does the Sound Hashira actually stand a chance of taking down Daki and her brother? 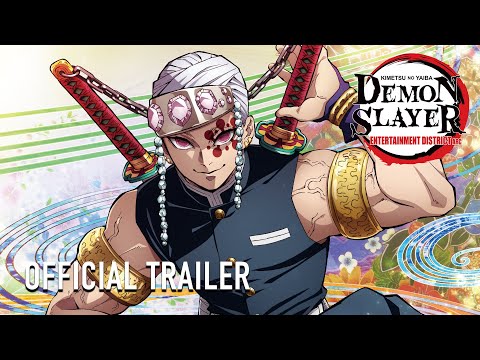 Now that Upper Moon 6’s true power has been revealed, will Tengen be able to defeat the two of them? Demon Slayer has shown that Daki has weak spots, especially after her fight with Nezuko. But with her brother by her side, things could get ugly for the anime’s heroes. Tanjiro and his sister are already in no shape to fight.

Fans will have to wait until next week’s episode to see how things pan out for Tengen and the others. In the meantime, the action from Entertainment District Arc Episode 7 is definitely worth a second watch. It’s currently streaming on Crunchyroll, Funimation, and Hulu.