Dog the Bounty Hunter’s daughter claims self-defense in arrest: ‘I’d do it again’

Dog the Bounty Hunter and Francie Frane are officially husband and wife.

Dog and his fiancée married on Thursday in Colorado amid ongoing drama with his daughter Bonnie.

“Francie and I are thrilled to be husband and wife,” Dog, born Duane Chapman, told E! News in a statement. “We appreciate all the prayers and well-wishes.”

The former A&E reality star was previously married to Beth Chapman for 13 years up until her death in June 2019 at age 51 after a lengthy battle with throat cancer.

The newlyweds got engaged in May 2020 — just 10 months after Beth’s death and a failed proposal to now-ex Moon Angell. Dog popped the question at their Colorado home.

“I wasn’t expecting it at all,” Frane told The Sun of the proposal. “I think I had gone to pick up some food and then when I came back, he had all the lights turned down with just a few lights on and a bunch of candles lit.”

“So when I came in I was like, ‘Wow, this is awesome.’ Then he said, ‘Come in, sit down because I need to talk to you.’ So I put all the food in the kitchen and I came in and he said, ‘I know that God brought you into my life and I don’t want to spend one moment of it without you.’”

Despite the happy news, Dog is still in a very public feud with Bonnie, who believes her father is homophobic and racist. 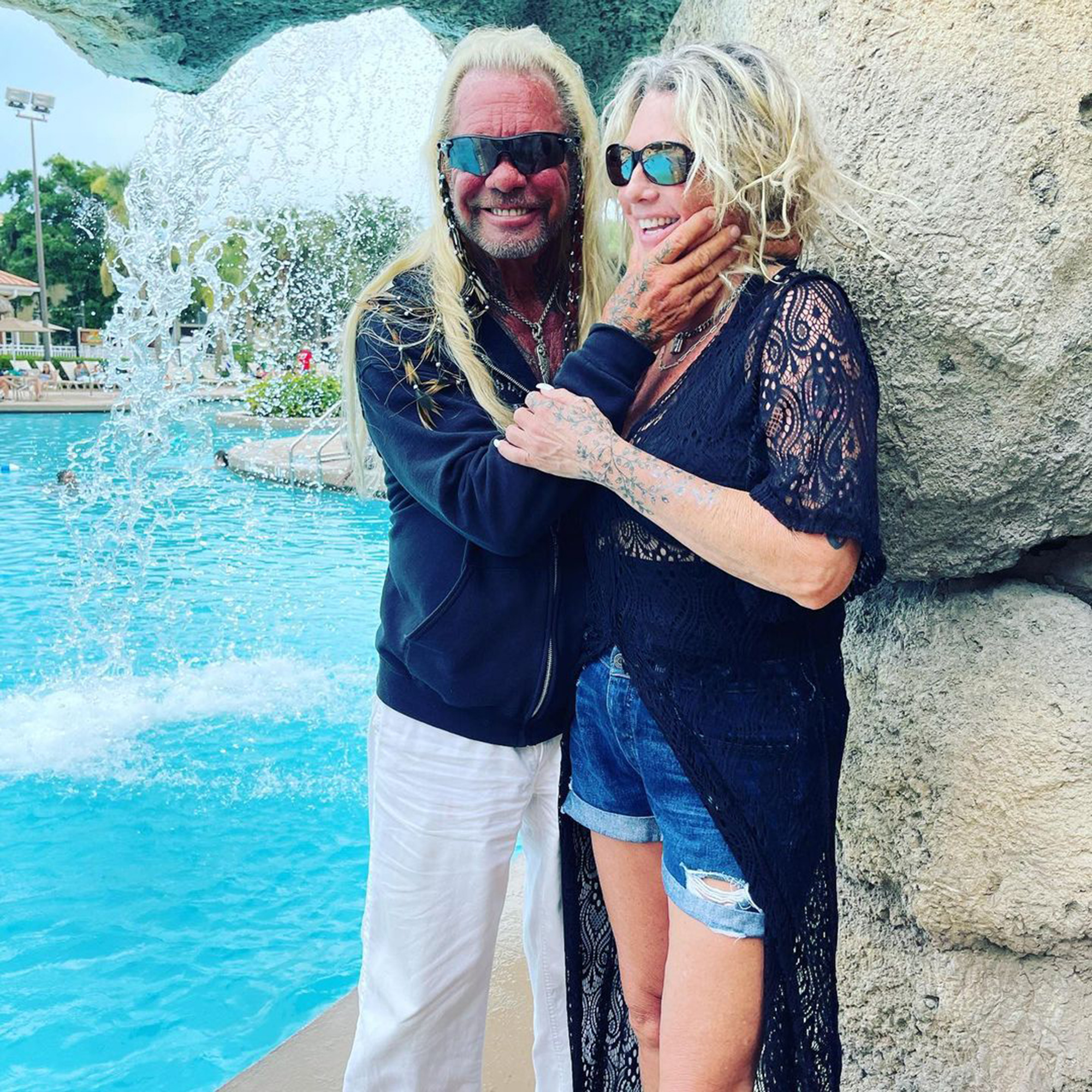 “I have expressed time and time again my ever-growing disappointment in my father’s progression into his old racist ways,” Bonnie shared in a post. “I had forgiven my father after my mother’s death for countless actions that I shouldn’t have.”

Dog, however, has maintained that he’s not racist and claimed he was given a “pass” by his black “brothers” in prison to say the N-word.

“I thought I had a pass in the black tribe to use it, kind of like Eminem,” he said in an interview published this week.