“Well, I think [the power dynamic for women in music] has [shifted] to a great degree,” the “Jolene” songstress, 76, exclusively told Us Weekly ahead of Women’s History Month while promoting her Dolly Parton x Duncan Hines collaboration. “I just really think that it’s great that women are getting more chances now than they have been. We’ve come a long way, but we’ve got a long way to go.” 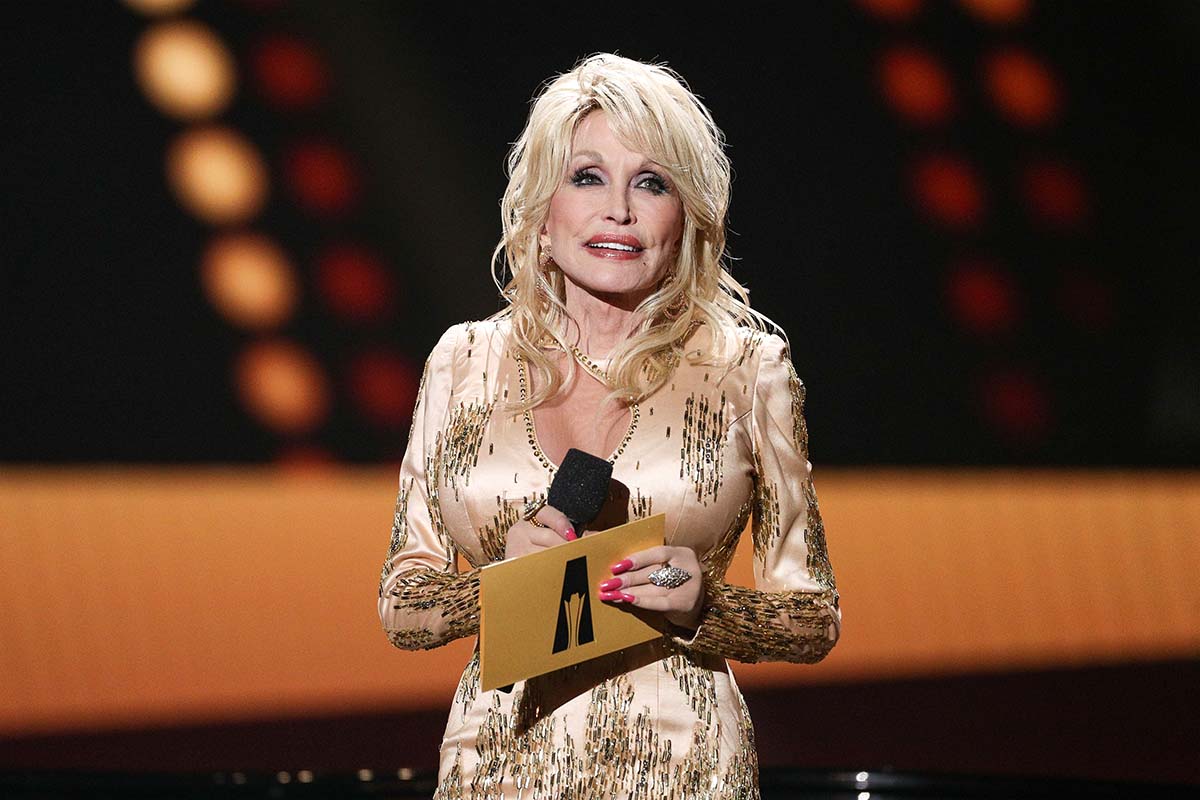 Parton, whose costarring role in 1980’s 9 to 5 alongside Jane Fonda and Lily Tomlin continues to inspire working women to this day, has frequently tried to use her influence for good.

“I’m always about empowering women,” the Dolly Parton’s Heartstrings alum told Us. “One of the songs [on] the new Run Rose Run album is called ‘Woman Up and Take it Like a Man,’ you know, be as good as — or better than — [a man and] just woman up. If you wanna do it, you gotta do it, don’t let anybody tell you that you can’t, you don’t have to, you don’t have to, you know, be to anything or anybody.”

While Parton noted that she doesn’t have to “march in the streets with a sign” to believe in female empowerment and stand up for what’s right, she explained that she prefers to inspire change through her music and the way she lives her life.

“I’d rather live an example [and] be an example … [because] it’s not my way to do that [and march], but I’m all about getting some power behind those gals and it always makes me so happy to see some woman or girl do great,” the 10-time Grammy winner told Us.

The songwriter is a hugely impactful persona to many devoted fans, but she touts her mother, aunts and grandmothers as her own biggest inspirations.

“My mother was my biggest fan, my biggest supporter, and even when I was little and started young, she’d make my little stage clothes and she would tell me, you know, ‘If you’re gonna be doing this now, you need to remember, like you said, to be true to yourself,’” she gushed about her mom, Avie Lee Owens, who died in December 2003. “So I always remember the things that Mama said. And even though she had 12 kids and got married [at], like, 15 years old, she still was very wise. … But she was also a very spiritual person. And so am I, so I lean a lot on God and [the] strength that comes from my spiritual life.”

For more of the Tennessee native’s inspiring pearls of wisdom, watch the video above!