David Challen, who successfully campaigned for his mother’s release when laws on coercive control were introduced in 2015 and her crime was reduced from murder to manslaughter, said he was ‘deeply disappointed’ by the former This Morning host’s advice to a reader.

In his regular column for The Telegraph newspaper, Madeley told ‘anon’ of Bedford, who was worried about fighting and loud bangs heard from a property next to their’s, not to interfere, saying: ‘If they were going to kill each other they’d have done it by now’ and suggesting any abuse couldn’t be serious or ‘you’d have noticed black eyes, cut lips and the like’. 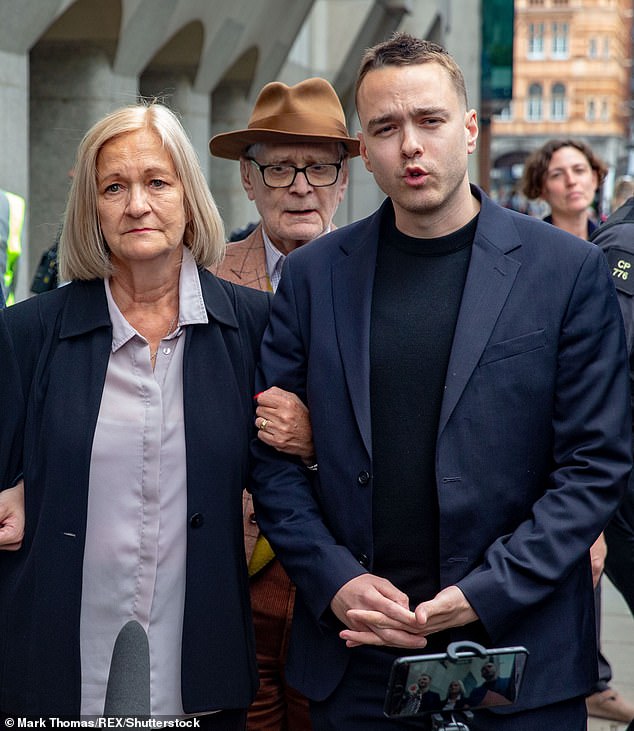 David Challen, right, with his mother Sally Challen pictured on June 7th 2019 after her conviction for murder was reduced to manslaughter for the killing of her abusive husband Richard. David today criticised television presenter Richard  Madeley over advice offered in his Agony Uncle column for the Telegraph newspaper 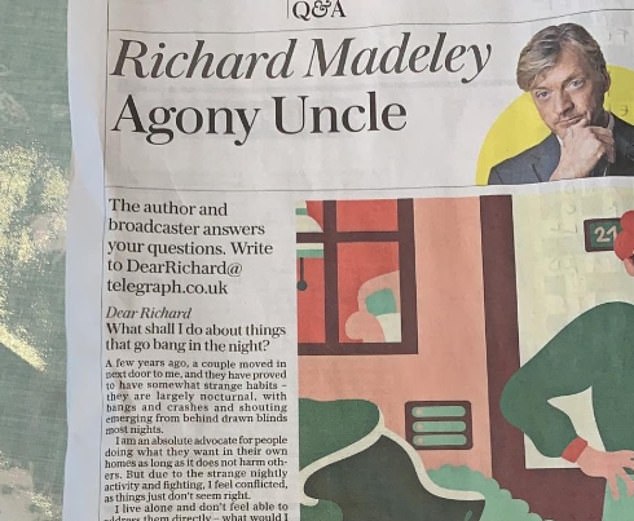 In the article, published this week, Madeley advised a reader who was concerned about a potential domestic violence situation in the property next door not to be overly concerned by loud noises and verbal fighting 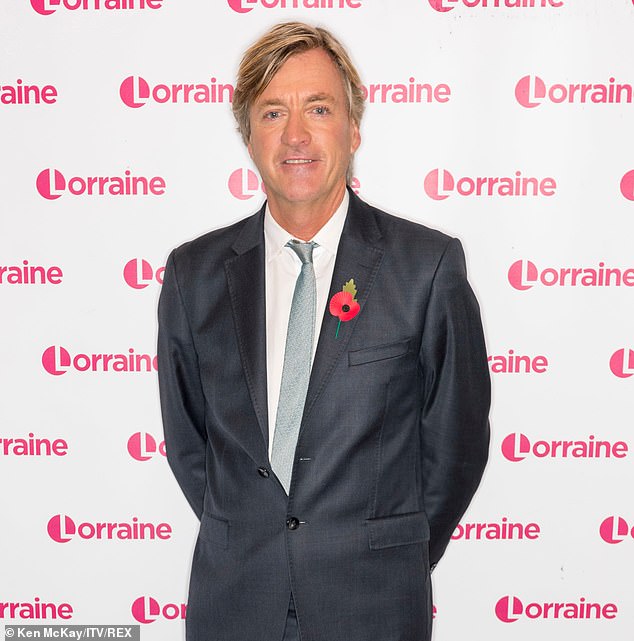 Challen said the author and broadcaster’s advice to his reader, ‘anon from Bedford’ was ‘dangerous’ (Madeley pictured in October 2019)

David took to his Twitter account yesterday to comment on Madeley’s response to the reader, saying: ‘Your advice is outright dangerous. You have advised a neighbour concerned about fighting and large bangs next door that: It is a private issue, if it was serious there‘d be physical marks and if they were going to kill each other they’d have done by now.’

He later added: ‘It’s deeply disappointing the advice column by @richardm56 was published by @telegraph, especially as the day before I wrote a piece for them on #DomesticAbuseReporting calling for more responsible reporting across media on this. This extends to op-ed’s and columns.’

MailOnline has contacted Richard Madeley and the Telegraph for comment.

Domestic violence survivor Rachel Williams, @Dontlookback198 on Twitter, said: ‘It shows still so much work needs to be done.’

Another, @HBondgirl1965, wrote: ‘If the neighbours ignored noise from my son’s house it would have been two murders one possible suicide rather than one murder one attempted and one behind bars for life. Abuse does not always mean physical signs.’ 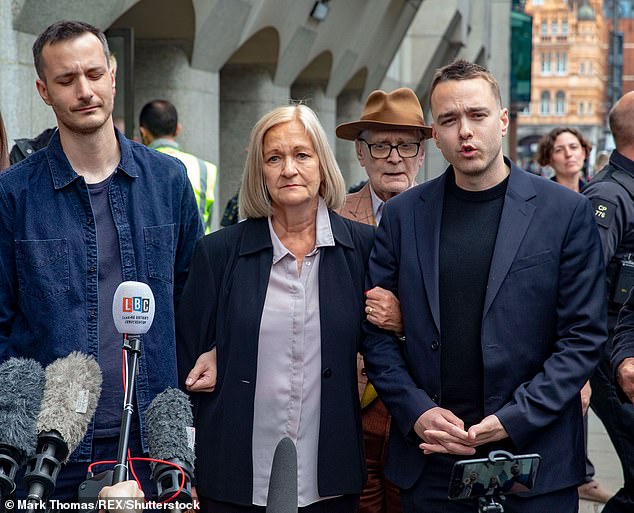 Sally Challen outside the Old Bailey with her sons James (left) and David. She walked free after the court accepted her guilty plea to manslaughter. Her 14 year prison sentence was reduced to nine years and four months

@GudrunBurnet added: ‘This advice is alarming @richardm56. In many Domestic Homicide Reviews the neighbours were aware but did nothing thinking it was a ‘private issue’. Saying ‘I think they’re both just fine. If they were going to kill each other, they’d have done it by now” is unhelpful. Pls retract.’

David’s mother Sally spent over nine years in prison for killing her husband Richard, after she bludgeoned him to death with a hammer.

But a change in the law in 2015, when coercive control finally became an offence, enabled Sally to appeal her conviction.

In a landmark case that gripped Britain, her legal team argued she was incapable of making a cold-blooded, premeditated decision to kill Richard, as all rational reasoning had been destroyed by years of his psychological abuse and controlling behaviour.

In 2019, her charge was reduced to manslaughter and Sally was released from prison. David now campaigns against domestic violence and works as a Prison Advice ambassador.

When sitting down with Oprah Winfrey for a new interview, the ‘Hero’ hitmaker admits she desperately needed a break but did not feel like she was suffering a breakdown. AceShowbiz –Mariah Carey was quietly relieved when police showed up at her mother’s home to take her to the hospital during a family fight in 2001, because she desperately needed a

END_OF_DOCUMENT_TOKEN_TO_BE_REPLACED

Gamer Justa Minx successfully makes the beauty guru’s name trend on social media by having a cardboard cutout of himself lying on her bed during a Twitch stream. AceShowbiz –James Charles found his name trending on Twitter on Thursday, September 24, though it was not because of something he said or did on the social media site. Rather, it was

END_OF_DOCUMENT_TOKEN_TO_BE_REPLACED

09/24/2020
Recent Posts
We and our partners use cookies on this site to improve our service, perform analytics, personalize advertising, measure advertising performance, and remember website preferences.Ok